CORRUPT cop Roy Slater was Del Boy’s nemesis throughout the Only Fools And Horses episodes. 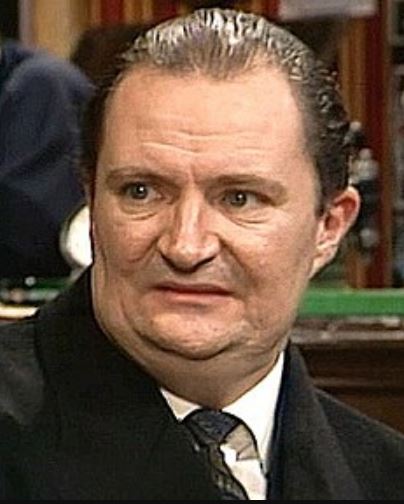 In the BBC series, he was pitted as the arch-rival to David Jason‘s role, with whom he went to school, particularly as he had been married to the character’s wife, Raquel.

He was mentioned in many episodes yet only actually starred in three instalments, wearing his signature suit, shirt and tie combination,.

He always wore his brunette hair slicked back with gel and, when stepping foot boozer The Nag’s Head, was never met with a favourable reception.

Yet his iconic telly role, which he played from 1982 to 1991, could have been so different, after he was originally offered the role of wheeler-dealer Del Boy himself. 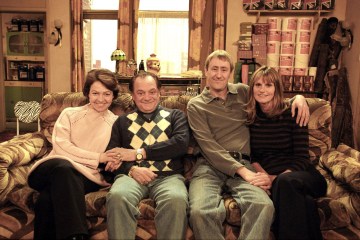 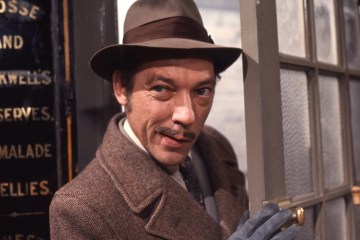 Since his Only Fools And Horses stint, Jim’s look has changed completely.

Now the Gangs Of New York and Harry Potter actor sports his signature bright smile and gleaming blue eyes, yet has embraced his white hair.

He also sports a pair of glasses, and switches up clean-shaven look with stints of salt and pepper stubble.

Most recently, he starred in movie The Duke alongside Helen Mirren.

Jim recently made his Del Boy confession as he starred on the BBC’s Graham Norton show.

He told the host: “Originally I was the second choice for Del Boy.

“The first choice was Enn Reitel, but he didn’t fancy it and I couldn’t do it because I was doing a show in the West End.

“Luckily David Jason was available so my biggest contribution to British culture is not being available!”

Talking of his character, he added: “It’s Only Fools And Horses more than anything else and it goes across the generations kids who weren’t even alive when we made it say Slater is their favourite.”

Jim received an Academy Award for his performance in the 2001 movie Iris.

Both in Lincolnshire, England on May 24, 1949, Jim was destined for show business, having been brought by parents who both took a keen interest in performing arts.

His mother and father were founding members of the Lindsey Rural Player, an amateur theatre group in Lincolnshire.

He was educated at the London Academy of Music and Dramatic Art, before beginning his career in theatre after he graduated in 1972.

His big break came when he starred in Ken Campbell’s Illuminatus, a 12-hour science-fiction production, which he played a dozen roles in.

Jim, 72, has gone on to star in huge films including Harry Potter, Gangs Of New York and most recently, The DukeCredit: PA:Press Association

He was originally approached to play Del Boy – but could not due to commitments in the West EndCredit: Kobal Collection – Shutterstock