An Only Fools and Horses script is selling for thousands on eBay, attracting bids from fans worldwide (Picture: Getty/Ebay)

An Only Fools and Horses script is being sold for thousands on eBay, creating a bidding war amongst memorabilia fans.

The text is from 1989 and it is an original book of lines for the rehearsal of the Christmas special.

At the time of writing, the online auction still had more than four days to go before closing and it had already attracted 58 bids.

The seller wrote on the site: ‘This listing is for an original Only Fools and Horses rehearsal script for the Christmas special titled: “The Jolly Boys’ Outing” 1989.

‘This script belonged to my late aunt Dorka Nieradzik MBE, who was a make-up designer and presumably was the designer on this episode. 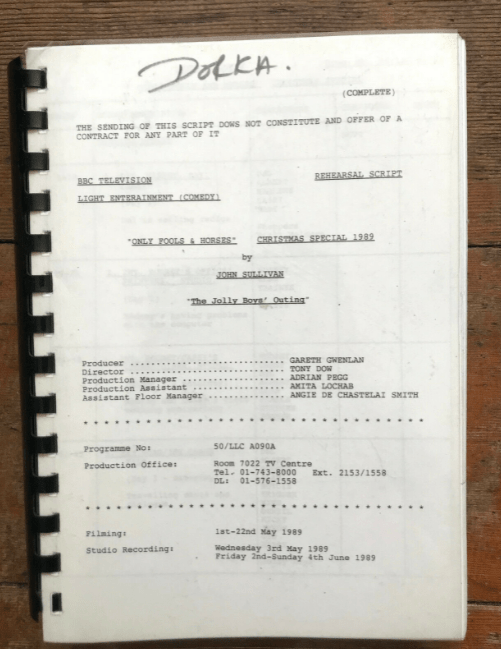 The Only Fools and Horses script is from the 1989 Christmas special (Picture: eBay) 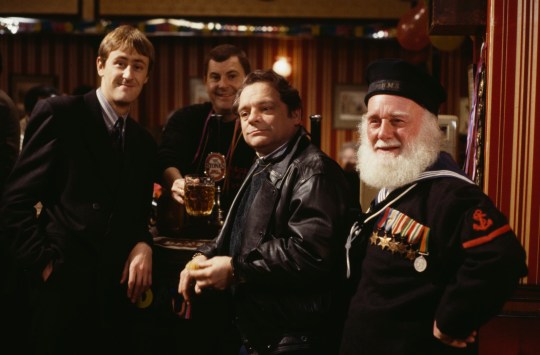 ‘Her name is written in pen on the front page. I don’t know whether she signed this herself. It does look like her writing, but it could well have been someone in production who wrote her name on it.

Taking to Twitter after spotting the script for sale, John Challis, who played the comedy’s Boycie, joked about not keeping hold of his scripts on Twitter. 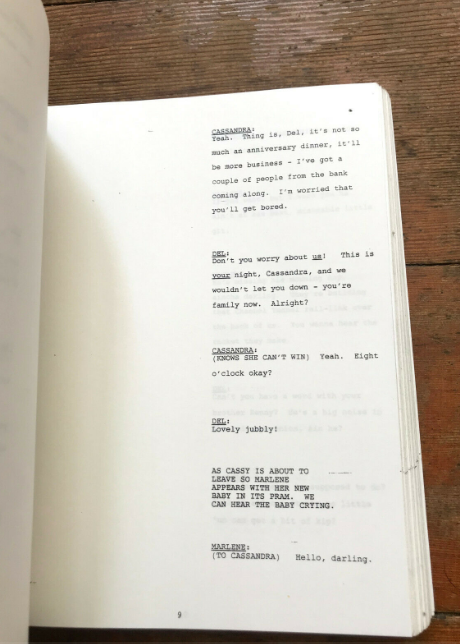 The lines could be seen printed for the stars to learn (Picture: eBay) 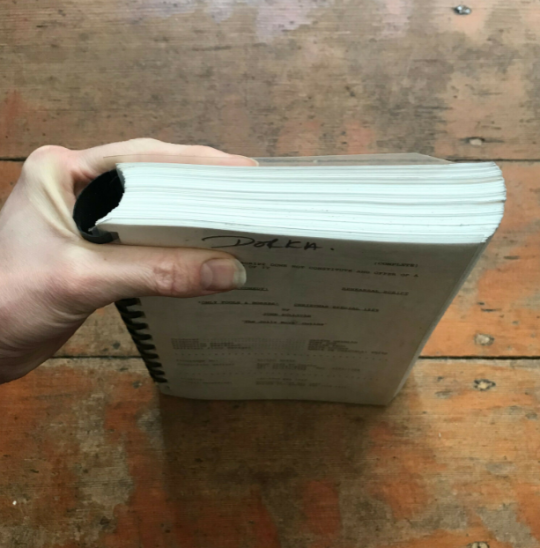 The thick script detailed the 1989 Christmas special which was actually set on an August bank holiday (Picture: eBay)

He wrote: ‘Crikey. Wish I’d kept all my scripts.’

However, it was set on a sunny bank holiday weekend in August and, as ever, things didn’t go to plan.

The trio were left open-mouthed as they stood by and watched their coach explode.