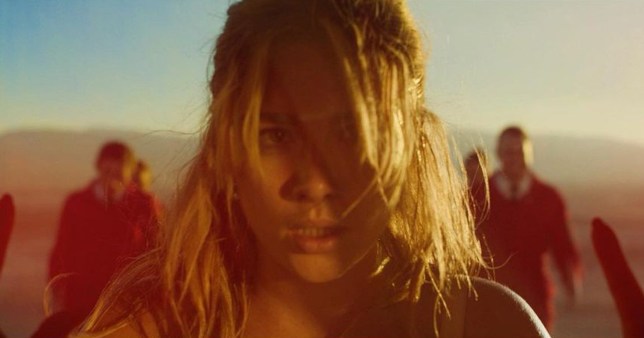 The movie, which stars Harry Styles and Florence Pugh, has been highly anticipated, with fans keen for any glimpses or details.

Thankfully, the filmmaker has sorted us out with a very ominous shot of Florence, 25.

The actress can be seen looking terrified with her arms up as she looks at something off-camera, with four blurred out figures behind her.

We’ve got no idea what’s going on, but it looks pretty gripping.

Also sharing a photo on her Instagram Stories, the 36-year-old is seen in her director’s chair, looking at monitors filled with more shots of Florence.

Filming looks to have officially wrapped on Don’t Worry Darling, with Olivia sharing the sweetest messages for her cast and crew.

Of course, she kicked things off with Florence, with the filmmaker sharing a gorgeous photo of the pair of them watching the monitors on set with their arms wrapped around each other.

She wrote on Instagram: ‘To work with an actor as talented and brave as @florencepugh is any director’s dream.

‘I will forever be grateful for you, Flo. It was an honor to be your captain. Can’t wait for the world to see the astonishing work you’ve put into this movie.

‘Tom Cruise run + Meryl skills = THE FLO. Special thanks to no one for telling me a i had tape stuck to my butt in this moment. I LOVE YOU, DON’T WORRY DARLING ♥️♥️♥️.’ 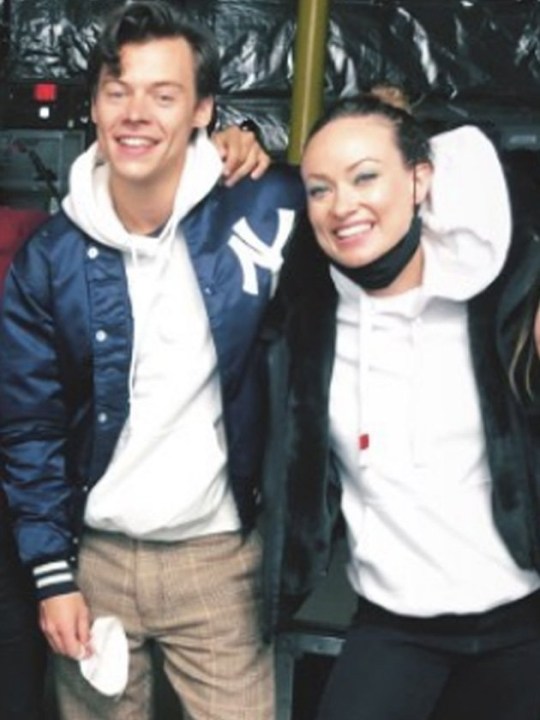 She added of Harry, who she is rumoured to be dating: ‘Little known fact: most male actors don’t want to play supporting roles in female-led films. The industry has raised them to believe it lessens their power (i.e financial value) to accept these roles, which is one of the reasons it’s so hard to get financing for movies focusing on female stories.

‘No joke, it is harrrrrd to find actors who recognize why it might be worth it to allow for a woman to hold the spotlight.

‘Enter: @harrystyles, our “Jack” . Not only did he relish the opportunity to allow for the brilliant @florencepugh to hold center stage as our “Alice”, but he infused every scene with a nuanced sense of humanity.

‘He didn’t have to join our circus, but he jumped on board with humility and grace, and blew us away every day with his talent, warmth, and ability to drive backwards. ? #dontworrydarling.’

The thriller has an incredible cast, with Florence and Harry joined by the likes of Gemma Chan, Chris Pine, Nick Kroll, and Kiki Layne.

While many of the plot details are being kept under wraps, an official synopsis reads: ‘A 1950’s housewife living with her husband in a utopian experimental community begins to worry that his glamorous company may be hiding disturbing secrets.’

Don’t Worry Darling doesn’t yet have a release date.