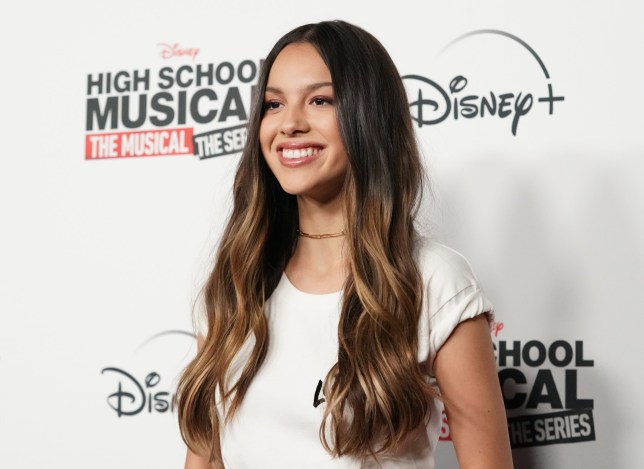 Get ready for more feeling your feelings and wailing while driving around your estate – Olivia Rodrigo is set to release her debut album.

The 18-year-old shot to worldwide fame with the release of single Drivers License in January, which topped the charts in the UK and US and inspired a whole lot of weeping over exes, whether you can drive or not.

Now, Olivia has announced that her highly anticipated debut album, Sour, will be released on May 21.

The teenager shared the album artwork, showing her looking unimpressed with her face covered in stickers and her tongue sticking out and decorated with name of the record spelled out in stamps.

She wrote: ‘my debut album SOUR out may 21st ahhhhhhhh.’

The 11-track album includes Drivers License and her latest single Deja Vu, as well as songs called Brutal, Traitor and Good 4 U.

The track had become a sensation on TikTok, and also gained plenty of attention due to speculation that it was written about Olivia’s High School Musical: The Musical: The Series co-star Joshua Bassett.

Olivia plays Nini Salazar-Roberts on the Disney+ series, with Joshua playing her boyfriend Ricky Bowen, and the stars were believed to be dating in real life.

However, Joshua is rumoured to have started dating actress and singer Sabrina Carpenter after their split, and Drivers License has some lyrics that appear to reference the love triangle – specifically: ‘You’re probably with that blonde girl, who always made me doubt, she’s so much older than me, she’s everything I’m insecure about.’

While the love triangle has never been confirmed, Sabrina seemed to respond to Drivers License with her own song Skin, which included the lyrics: ‘Maybe you didn’t mean it, maybe blonde as the only rhyme.’