A touching tribute. Olivia Newton-John‘s daughter, Chloe Lattanzi, paid tribute to her late mother after the star’s death at age 73.

The “Play With Me” songstress, 36, shared several vintage snaps of herself and her mom on Monday, August 8, shortly after Newton-John’s husband, John Easterling, announced the Grease star’s death. In one photo, the Xanadu actress held her infant daughter at the beach, while several others showed an adult Lattanzi preparing to film something with her mother.

The California native is Newton-John’s only child with ex-husband Matt Lattanzi, whom she divorced in 1995. The Grammy winner married Easterling, 70, in 2008.

Easterling announced his wife’s death on Monday in a statement shared via Facebook and Instagram. “We ask that everyone please respect the family’s privacy during this very difficult time,” the announcement read. “Olivia has been a symbol of triumphs and hope for over 30 years sharing her journey with breast cancer.” 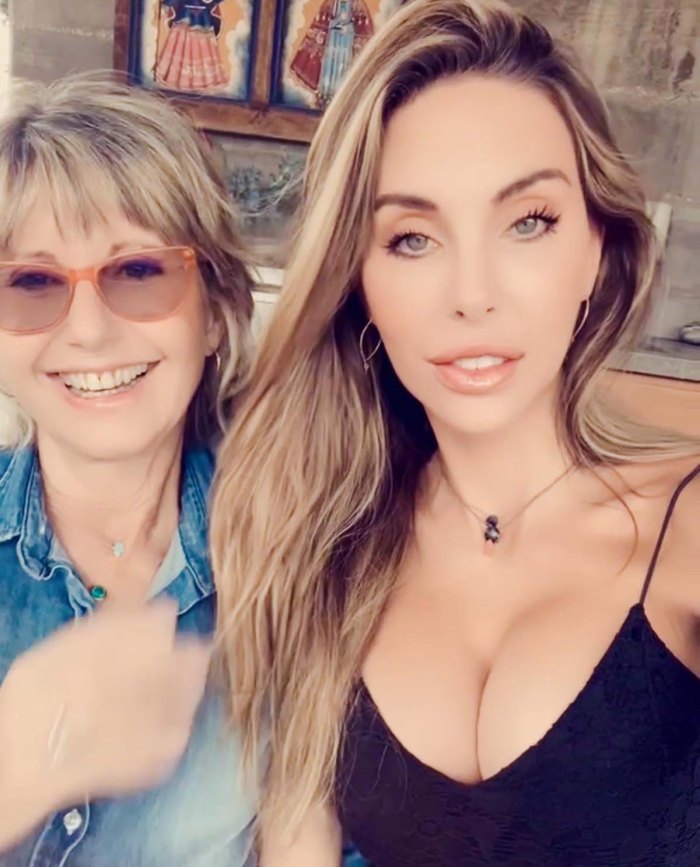 The American Music Award winner was first diagnosed with the illness in 1992 when she underwent a partial mastectomy and reconstruction surgery. The disease returned in 2013 and again in 2017.

Days before Newton-John’s death, Chloe shared a photo of herself and her mom posing outdoors in coordinating white outfits. “I worship this woman,” the musician wrote via Instagram on Friday, August 5. “My mother. My best friend.”

Last year, Chloe and her mom teamed up for the duet “Window in the Wall,” which debuted in January 2021. “We disagree all the time on things. We’re very different artists, but I think where we do really well is when we sing together,” the Dancing With the Stars Australia alum told Us Weekly at the time. “We push each other to do things that we wouldn’t normally do and then thank each other afterward.”

Newton-John, for her part, added: “We had a lot of fun doing it.”

Chloe also admitted that singing in front of her iconic mom could be nerve-racking. “I get extremely nervous performing in general,” she told Us. “I’m a perfectionist. … So, my mom more than anyone makes me nervous. But I have severe stage fright. I somehow go into a trance and push through it.”

The mother-daughter duo also appeared together in the 2017 TV movie Sharknado 5: Global Swarming. The “Physical” songstress played a shark scientist named Orion, while Chloe had a cameo as her partner, Electra.