Olivia Colman has been spotted taking a plunge in the sea while filming dramatic rescue scenes for new film Joyride.

Seen wearing an eye-catching blue suit, the actress ran into the cold water in Kerry, Ireland while shooting a tumultuous sequence for the upcoming movie.

The scene in quest saw Olivia clash with her on-screen husband Lochlann Ó Mearáin, before dashing to save her 12-year-old son Mully, played by Irish co-star Charlie Reid.

The actress was seen surrounded by crew and her co-stars, battling the elements to capture the footage.

The feel-good crime caper tells the story of Olivia’s character Joy, who has a baby and struggles with the concept of becoming a mother again.

As things take a turn, her son Mully takes money from his conman father, before stealing a taxi and making a beeline for freedom. 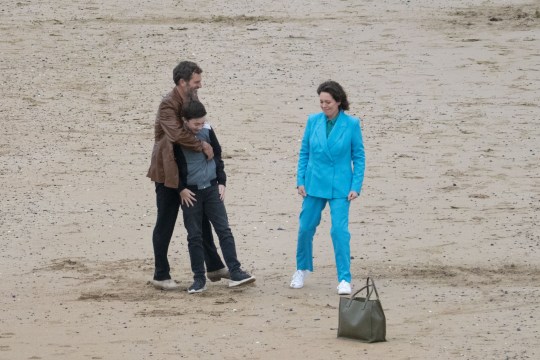 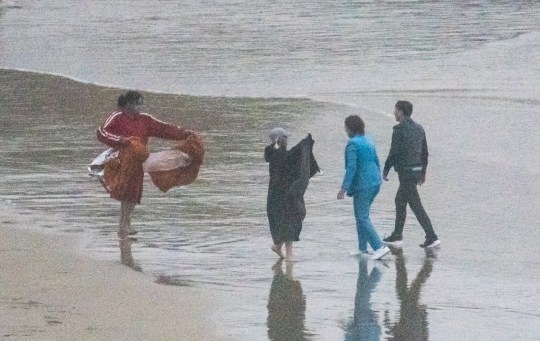 Only, he is shocked to find Joy on the backseat of the taxi, hungover and clutching her new baby.

The film is set to be something of a departure for Olivia, who is known for her performances in the Crown and The Favourite – for which she won the Best Actress Oscar.

The movie is being helmed by first-time director Emer Reynolds, who won an Emmy in 2018 with her documentary The Farthest.

A release date for Joyride has yet to be announced. 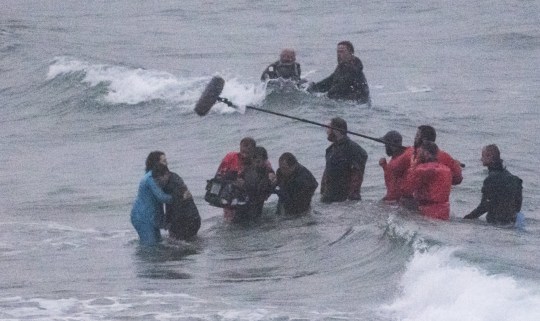 The actress headed into freezing water during the scene (Picture: Padraig O’Sullivan) 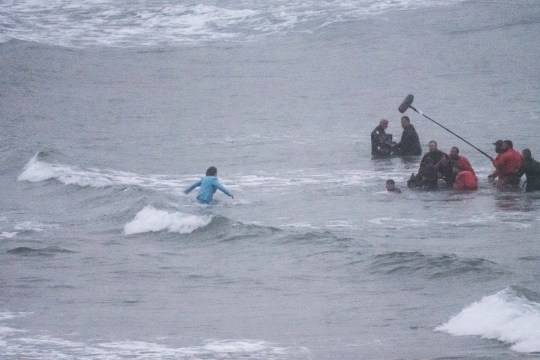 The 47-year-old waded into the sea to save her on-screen son (Picture: Padraig O’Sullivan)

Meanwhile, it was recently announced that The Crown stars Olivia and Emma Corrin are to go up against each other in the ultimate game of thrones, as they’re both nominated in the same category at the 2021 Emmys.

It comes after Olivia joins stars such as Imelda Staunton and artist Sir Frank Bowling in calling for a ‘gadget tax’ to support the arts industry.

They argue that adding a levy of between 1% and 3% to the sale of electronic devices could be used to help people struggling in the creative fields.

The arts industry has been hit hard by Covid-19 as venues have had to close and events have had to be cancelled.