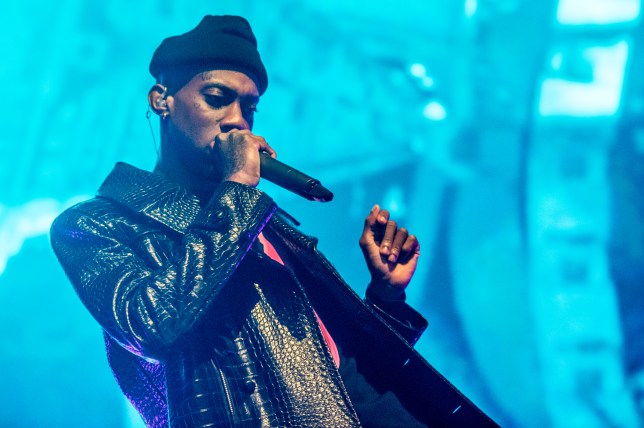 Octavian has denied all allegations of domestic abuse (Picture: Redferns)

More than 10,000 Spotify users have blocked Octavian on the music platform in light of domestic abuse allegations.

The musician, full name Octavian Oliver Godji, has also been dropped from his record label, Black Butter, who said they would not be releasing his new album Alpha which had been due out on Friday.

It comes after his ex-girlfriend Hana, known as @emobaby4real, accused him of attacking her with a hammer, threatening to kill her and also pressuring her to have an abortion.

Hana shared footage of an incident where she was allegedly attacked by Octavian, who has since denied all allegations.

‘We do not condone domestic abuse of any kind and we have suggested Octavian seeks professional help at this time.’

Metro.co.uk has also learned that around 10,000 Spotify users have ‘used the new “block artist feature” to blacklist Octavian overnight’. 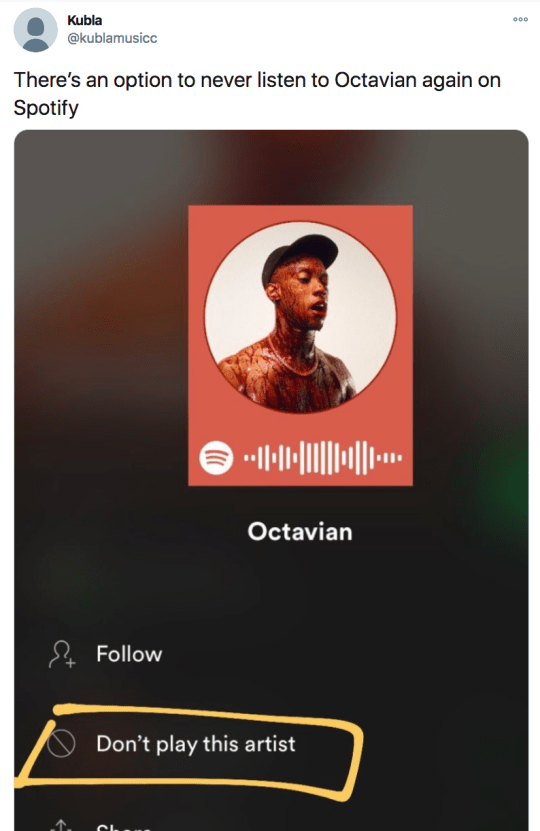 Fans have started to block his music on Spotify (Picture: @kublamusicc) Before news that Octavian had been dropped from Black Butter, the source close to Spotify said: ‘Insiders at the label project his new record to track some of the lowest sales it has ever seen as more fans turn away from him.

‘His backers had been expecting huge sales before the scandal broke, but now expect the opposite to happen.’

Another source close to Sony also said: ‘Two companies he was scheduled to collaborate with stepped away from him quietly last night. With a bad reputation and depressing sales projections no one wants the hassle.’

Former fans of Octavian called on others to boycott his music on Spotify with one tweeting: ‘To delete octavian off your Spotify, go on his profile and choose not to play this artist.’

‘Never knew i’d be sitting here removing 30 octavian tunes from my spotify like this,’ another said. 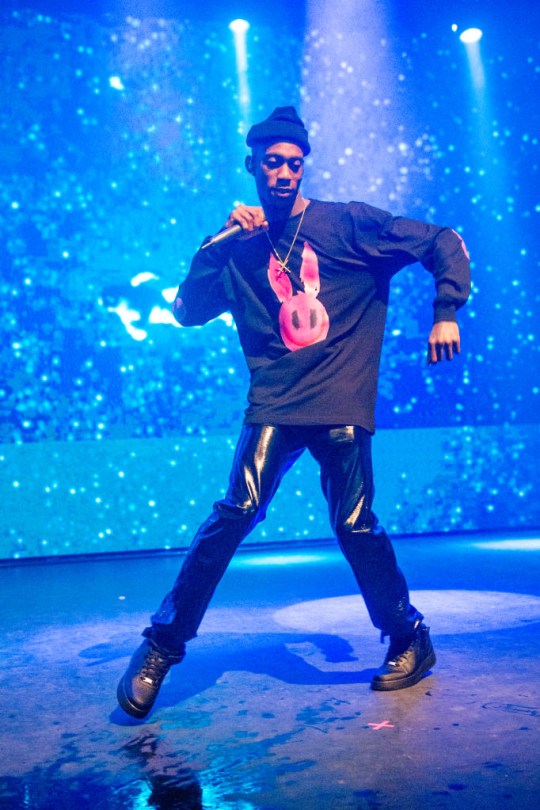 One other weighed in: ‘Here’s your reminder to go and remove any Octavian songs from your spotify.’

Octavian, who won the BBC Sound of 2019, appeared to deny the allegations earlier, writing in his Instagram stories: ‘Liars can’t lie forever. Someone waits, does that right before my album to try ruin my life and I’m the bad guy… Kmt. The truth is coming. Don’t beg friend after.’

The 24-year-old added: ‘Kmt… all this just cause I broke up with a girl. Evidence that the girl is obsessed and will never let me alone or let me win coming soon.

‘I will not speak without evidence. What u are witnessing is real life abuse. Good will win.’

He later said in another video: ‘People are bare thinking I’m an abuser but go and watch that video again, go and see if there’s any real physical abuse in the video. I’ve been going out with this girl for three years, then she posts one video showing nothing and everyone thinks I’m an abuser because of her statement. 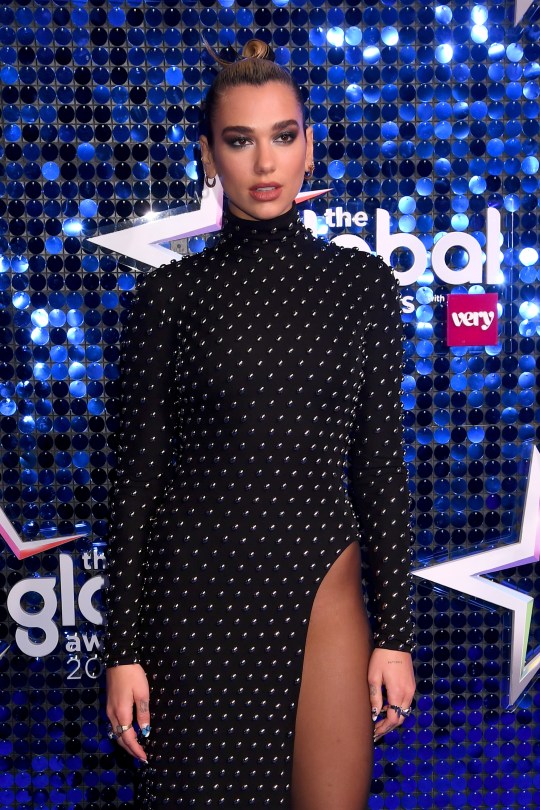 Following the allegations, pop star Dua Lipa denounced the rapper, writing on her Instagram story: ‘F*** Octavian. For anyone who is suffering from domestic violence/abuse here is some info that might be of some help. Don’t be afraid to speak up and ask for help.’

Octavian’s ex-girlfriend Hana released a lengthy statement alleging that she was abused until she ‘finally left’ in April 2020.

‘A police report has been made which is taking a little longer as I am in a different country for my own safety and wellbeing,’ she wrote. 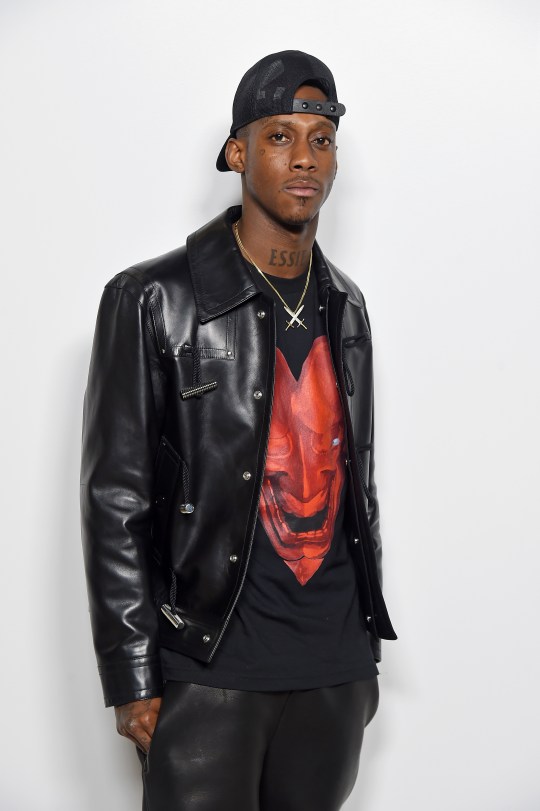 Octavia’s album will no longer be released under Black Butter on Friday (Picture: Getty Images)

Hana continued: ‘The first instance of physical abuse came shortly after I fell pregnant with his child.

After pressuring me to get an abortion he attacked me for the first time, kicked me in the stomach, burst my lip, attacked me with a hammer and threatened to kill me. I was shortly later asked to sign an NDA in attempt to “gag” me for 20k, which I didn’t sign.

‘I was frequently kicked, punched, strangled and dragged out of the house with my clothing or hair, he would smash furniture and threaten me with a bat, or attack me with other items like a screwdriver.’

She claims that after she began to file a legal case in April, Octavian apologised and claimed he had begun therapy sessions, but she ‘quickly realised he planned to keep me close again in the hope that I would drop my case’.

Octavian released his first mixtape, 22, in 2016, but his career gained momentum after Drake sang along to one of his tracks at a 2018 Golden Globes party.

In 2019, the rapper won the BBC Sound of 2019 poll, beating out artists such as slowthai and Rosalia, and has collaborated with artists including Skepta, Future, Diplo and Gorillaz.

If you are in immediate danger call 999. If you cannot talk, dial 55 and the operator will respond.

For emotional support, you can contact the National Domestic Violence Helpline on 0808 2000 247. Alternatively, you can email Women’s Aid on helpline@womensaid.org.uk

For free and confidential advice and support for women in London affected by abuse, you can call Solace on 0808 802 5565 or email advice@solacewomensaid.org