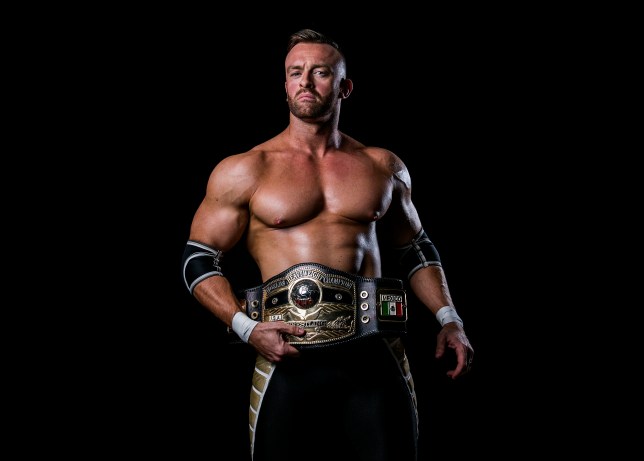 National Wrestling Alliance (NWA) and All Elite Wrestling (AEW) pay-per-view events are coming to Virgin Media as part of a massive new deal with FITE TV.

Starting with this weekend’s NWA Back For The Attack show – which airs Sunday, March 21 at 8pm – fans in the UK will be able to tune in via Virgin TiVo, V6 and Virgin TV 360 devices at a much more sociable hour than most live wrestling events.

Revealing the exciting news exclusively to Metro.co.uk, the NWA Worlds Heavyweight Champion Nick Aldis said: ‘All NWA pay-per-views going forward will also be available on that platform. Obviously that’s a great get for us, we’re very excited about that.

‘Any time you can associate with a brand like Virgin Media, for a company of our stature, we’ve been in operation for three and a bit years – that’s a great win for us.

‘We just hope that it means we can encourage a few more UK fans to give her a go and check out what we have to offer.

‘The main thing that I really wanna convey to anyone who’s gonna read this – if you are one of the millions of fans around the world who have fallen out of love with wrestling because the industry just doesn’t quite hit the notes that you remember it hitting, you might find that the NWA hits those notes.’ 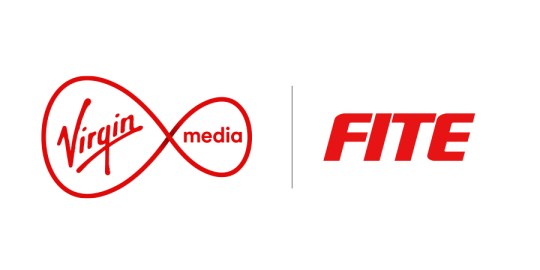 Virgin and FITE have joined forces for a major new deal (Picture: Virgin/FITE)

Pay-per-view events from AEW, Top Rank Boxing and PBC will also be available to buy as part of the huge new deal.

David Bouchier – Chief TV & Entertainment Officer at Virgin Media – commented: ‘We give our customers access to some of the most popular pay-per-view events from the world of sport and live entertainment and this new deal with FITE will expand our offering with an increased range of events to purchase.’

And Ben Halabi – FITE’s SVP International Business Development – said: ‘As part of our continued expansion in the UK, we’re delighted to be working with Virgin Media, offering their customers access to our premium live events.’

Meanwhile, the National Wrestling Alliance is making a conscious effort to cater to British fans who know all too well the pain of staying up until the early hours to catch major events in the US. 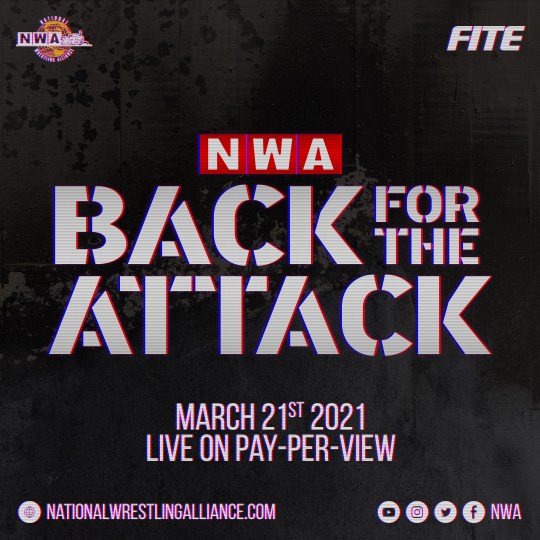 Back For The Attack marks the start of something special for UK fans (Photo: NWA)

‘I’ve always tried to instil a culture that the British fans can’t feel like the come second. Let’s face it, for a long time it was pretty obvious that that’s the case,’ Nick admitted. ‘The UK was the second best market, but it was by a long way and they were always treated as such.’

He added: ‘I think some of that started to change with TNA, I think TNA deserve a lot of credit for that.

‘They had such a strong following and because of the efforts of people – not just me, but people like Jeremy Borash and others who were very keenly aware of how much the UK wrestling market was set to explode, really pushed that agenda of “If we treat these guys like equals, they’re not gonna be satisfied anymore in a global market with table scraps. They want their own main course.” ‘

The NWA – owned by Smashing Pumpkins frontman Billy Corgan – is poised for its long awaited return after a hiatus due to the pandemic, and despite the rich legacy behind the brand, the company is building a new audience for its timeless style of pro wrestling.

‘It’s panto! It’s the action movie, it’s the cheesy music,’ Aldis enthused. ‘It’s a guilty pleasure for people and I want to represent that to fans who just want an hour a week of escapism.

‘To see guys at the top of their game, who are the best at what they do, but doing it in a way that is just easy to digest, and straightforward and entertaining.’

*NWA Back For The Attack airs Sunday, March 21 at 8pm on pay-per-view via Virgin TV.