THE notorious Butt Squad were detained by police today as they let off red and white flares to back England in the Euro 2020 final.

The group – famously jailed in Dubai for a racy balcony picture stunt which caused an international scandal – got into trouble again in Montenegro.

The models were first arrested after hosing themselves on the road 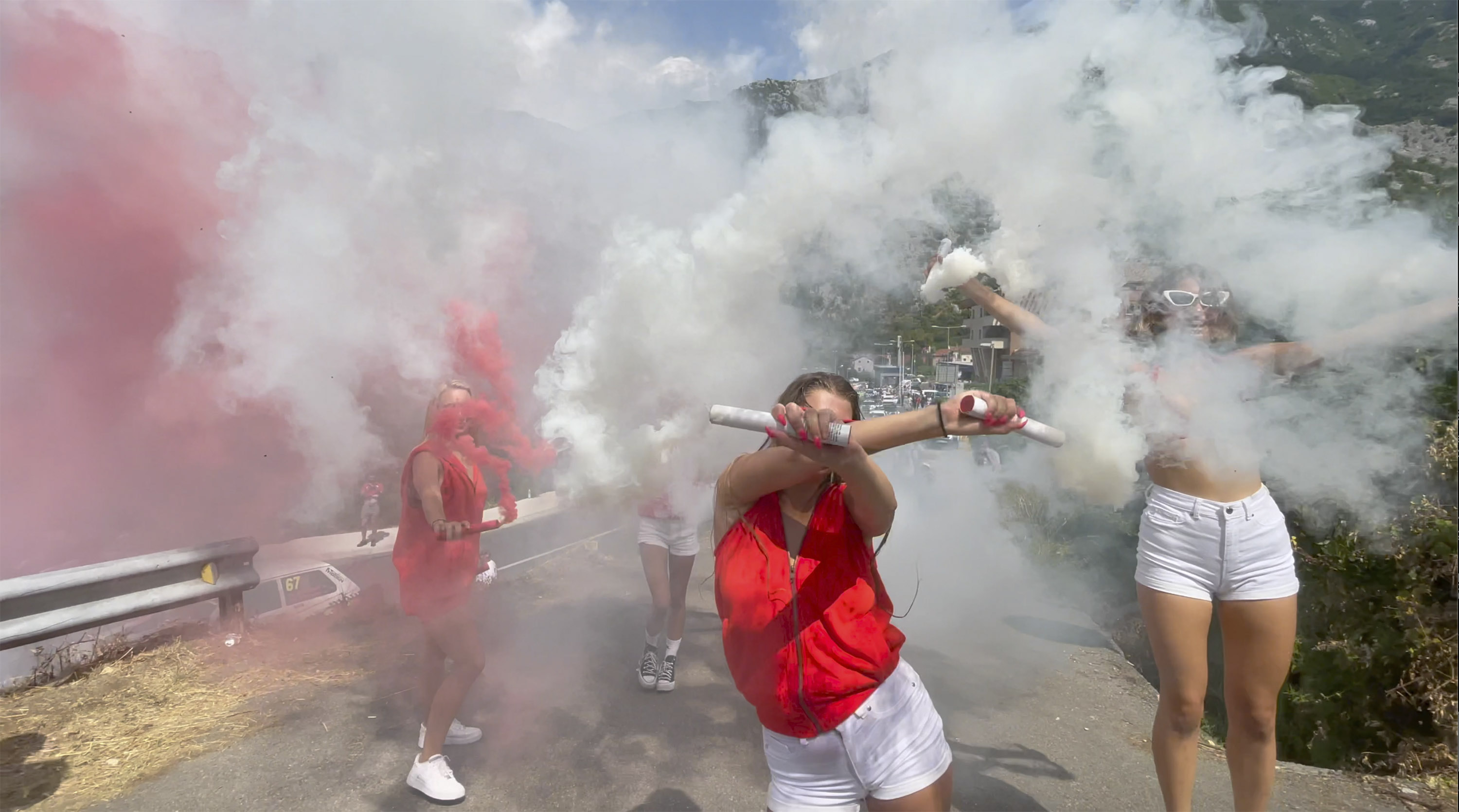 They’ve now been detained after setting off flaresCredit: East2West

Cops objected to their pro-England flares and were surrounded by armed officers during a tense stand-off.

They held them until a protest by hundreds of local men saw them freed.

The squad issued a message to say: “We’re behind England to win the Euro 2020 final against Italy.”

But as they let off the flares during a car race they were promoting in Montenegro, the police moved in.

“When they fired the flares to support England, the police threatened to take us all to jail,” said US playboy Vitaliy Grechin, who was with the women.

“Then around 100 men including the drivers in the race all demanded that the police let them go,” he said.

“It was amazing to see how the drivers all supported the girls and told police to stop arresting them.”

It was the second time in two days they had been detained in Montenegro after earlier being hauled in and fined a total of 3000 euros for “shamelessly” posing naked to promote the Kotor Trojica car race.

Three of the group Diana Oksanich, 19, Ruslana Kovkova, 21, and Viktoria Rohalchuk, 21, were held in police cells for being inappropriately dressed and fined at a midnight court hearing.

They “stripped naked and posed on the asphalt road, taking video recordings and photographs for ten minutes”, said the court.

Their fines were paid by BookieLink.com after the Butt Squad missed out on winnings of £87,000 on a wager that England would beat Denmark – because the victory was in extra time, said Grechin.

The group had originally backed Ukraine against England – but then switched to Gareth Southgate’s team after their country was knocked out.

The Butt Squad first came to attention  when they and businessman Grechin were jailed in a hell prison  for the rear view balcony photoshoot in Dubai in April.

Since then they have become famous not only in Ukraine but around the world for their audacious stunts.

After police freed them, the women were treated as VIPs by the race organisers in resort Kotor. 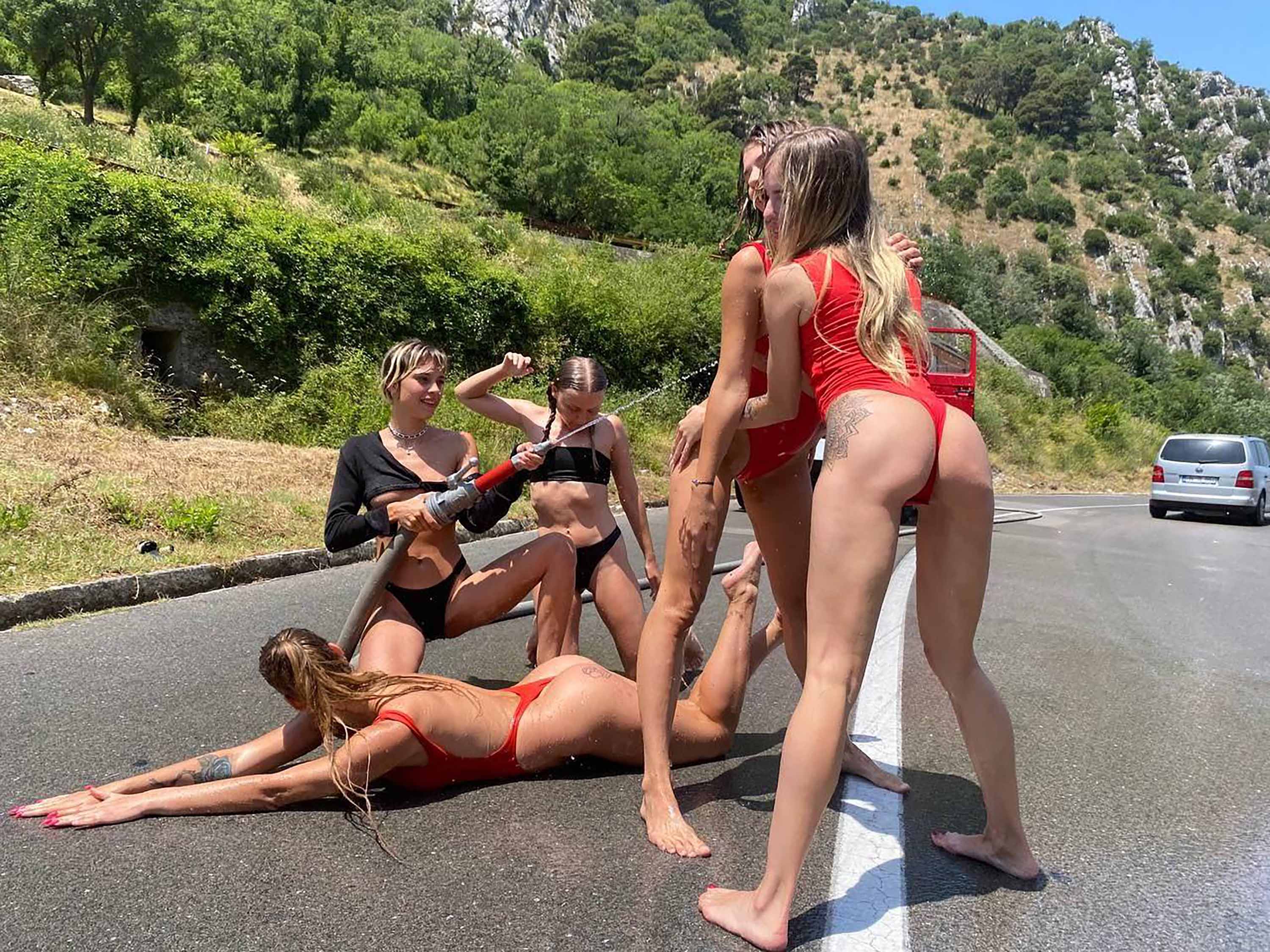 The squad got into trouble in Montenegro 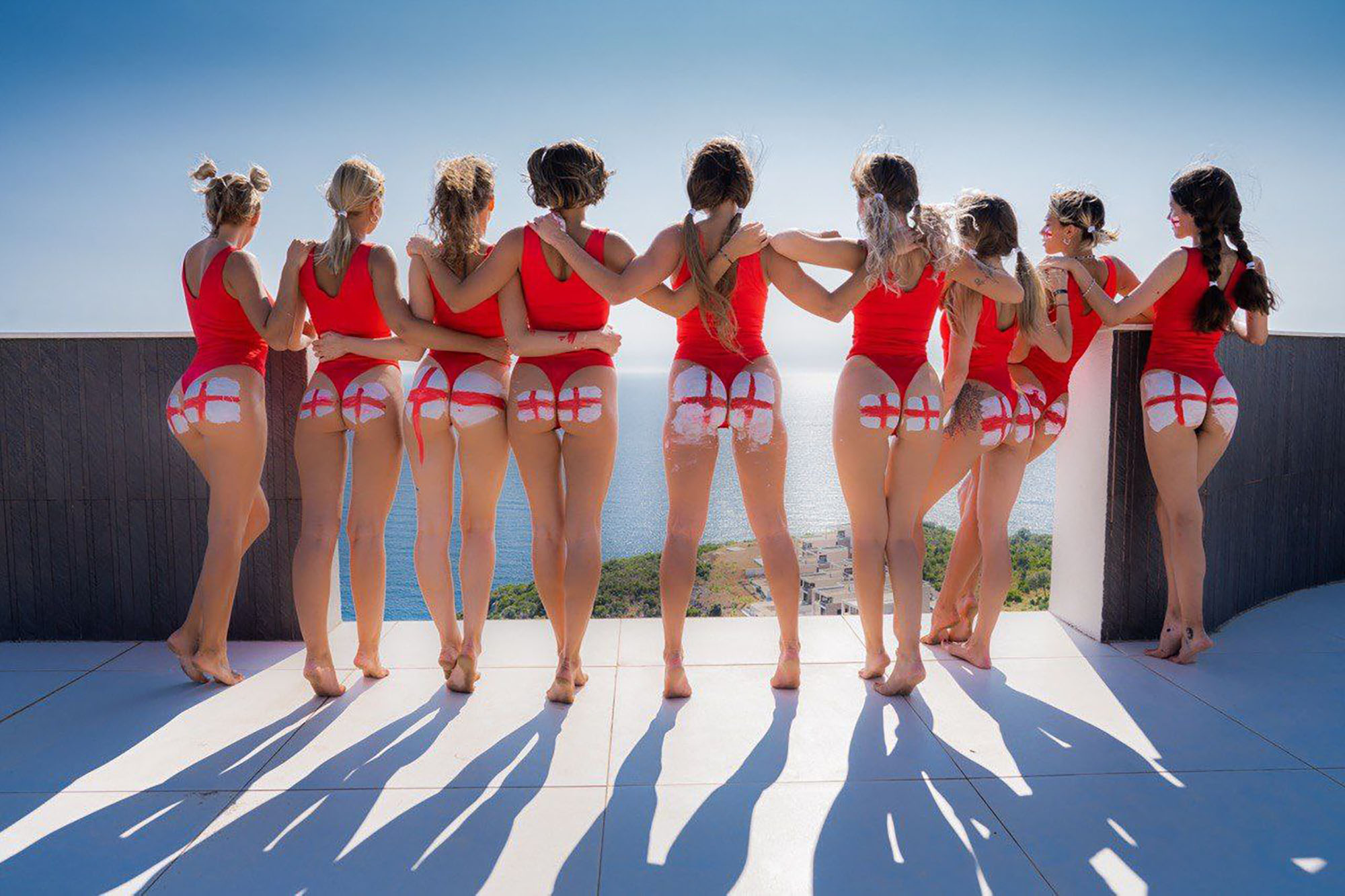 The Butt Squad are very much behind EnglandCredit: East2West 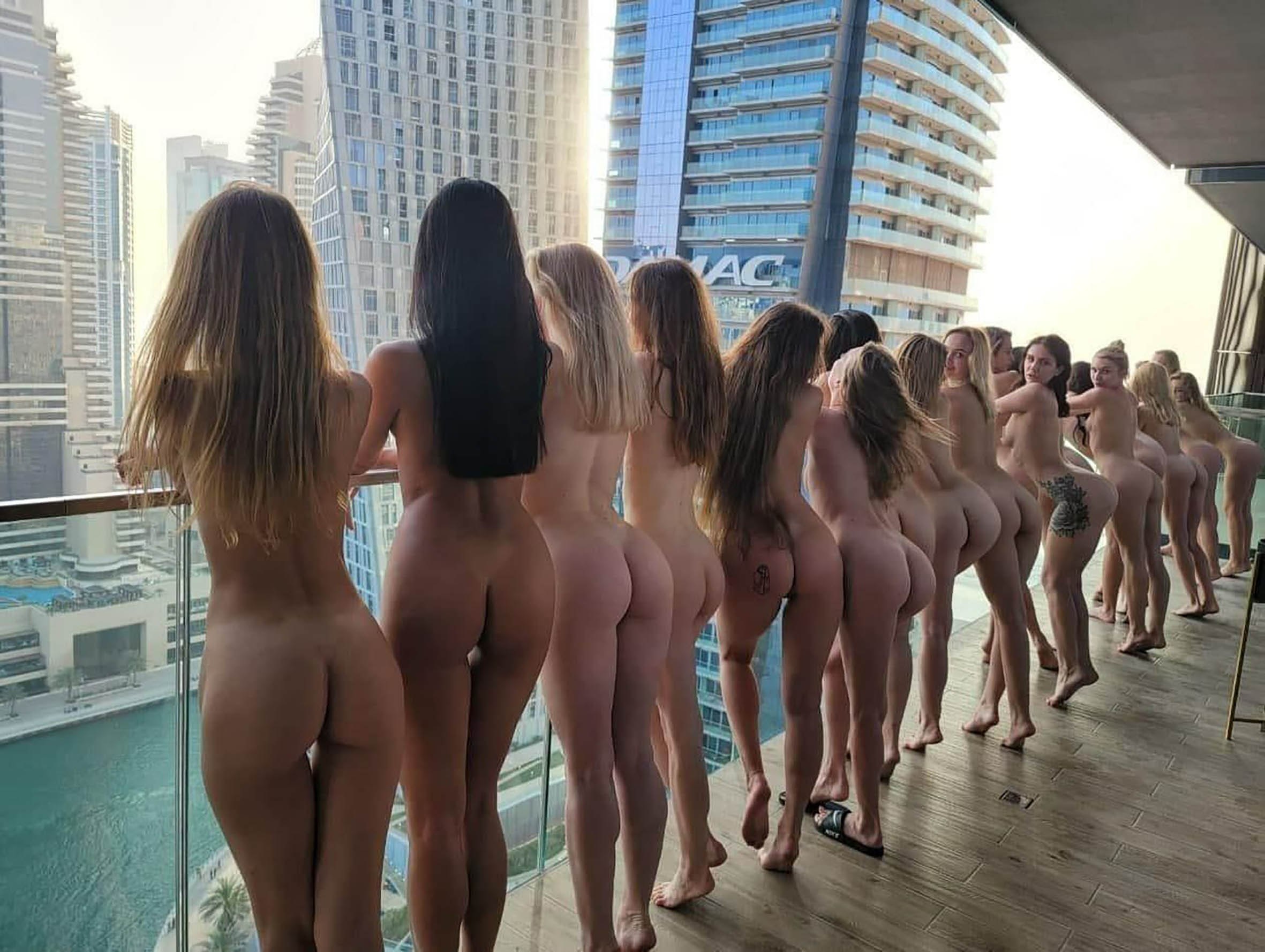