HE is ten years into a prolific new project but Noel Gallagher is under no illusions as he says: “I’m not as huge as Oasis.”

The rock superstar has cemented himself as one of the most gifted songwriters of his generation and is now releasing his first High Flying Birds anthology, cataloguing the best of his second band’s output — landing himself, in his words, “two careers”.

He is ten years into a prolific new project but Noel Gallagher is under no illusions as he says: ‘I’m not as huge as Oasis’Credit: Image credit: Matt Crockett

Discussing two new tracks that feature on the record, there is no shortage of his trademark swagger as he insists the latest material is “f***ing great”.

But despite his focus on the future, he admits the Britpop giants — and brother Liam — still loom large.

He says: “There are lots of things we have to agree to if anything is to happen. Most of them we don’t agree on. Some we do. Even when someone says you need a name for this company, just to handle the business side of things, that’s enough to give anybody the cold sweats.

“It’s like, ‘We’ve got to do a name now? Come up with a name everybody agrees on?’ 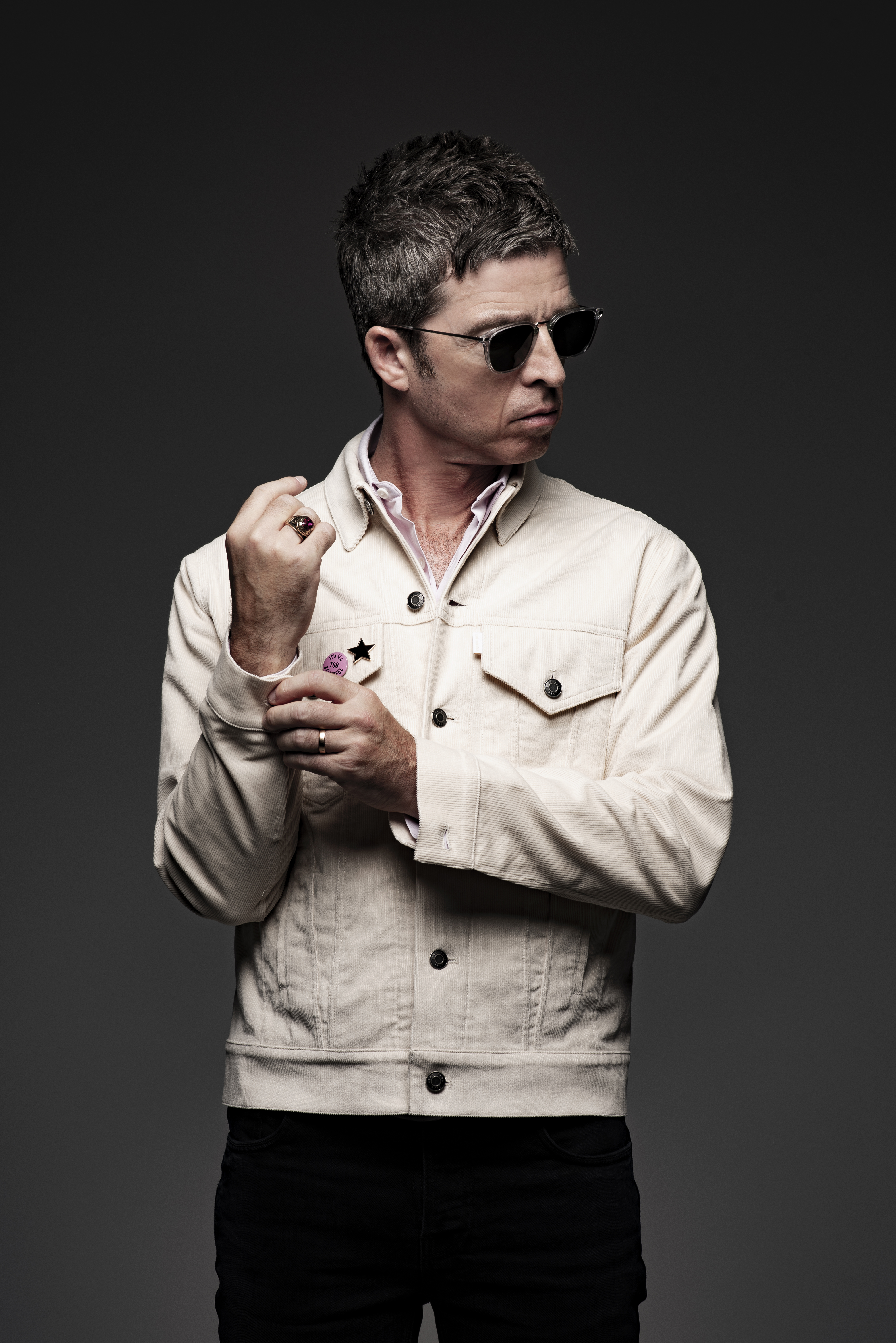 Discussing two new tracks that feature on the record, there is no shortage of Noel’s trademark swagger as he insists the latest material is “f***ing great”.Credit: Image credit: Matt Crockett

In our wide-ranging interview, Noel discusses his incredible career, hedonistic heyday and life on the road as this anthology marks ten years of his Birds.

He tells me: “I was in deep with Oasis. I respected the brand it had become. That was a challenge in itself to keep writing stadium rock when stadium rock isn’t really what I listen to.

“It’s only looking back now I see it is quite a narrow musical buffet you are writing for. 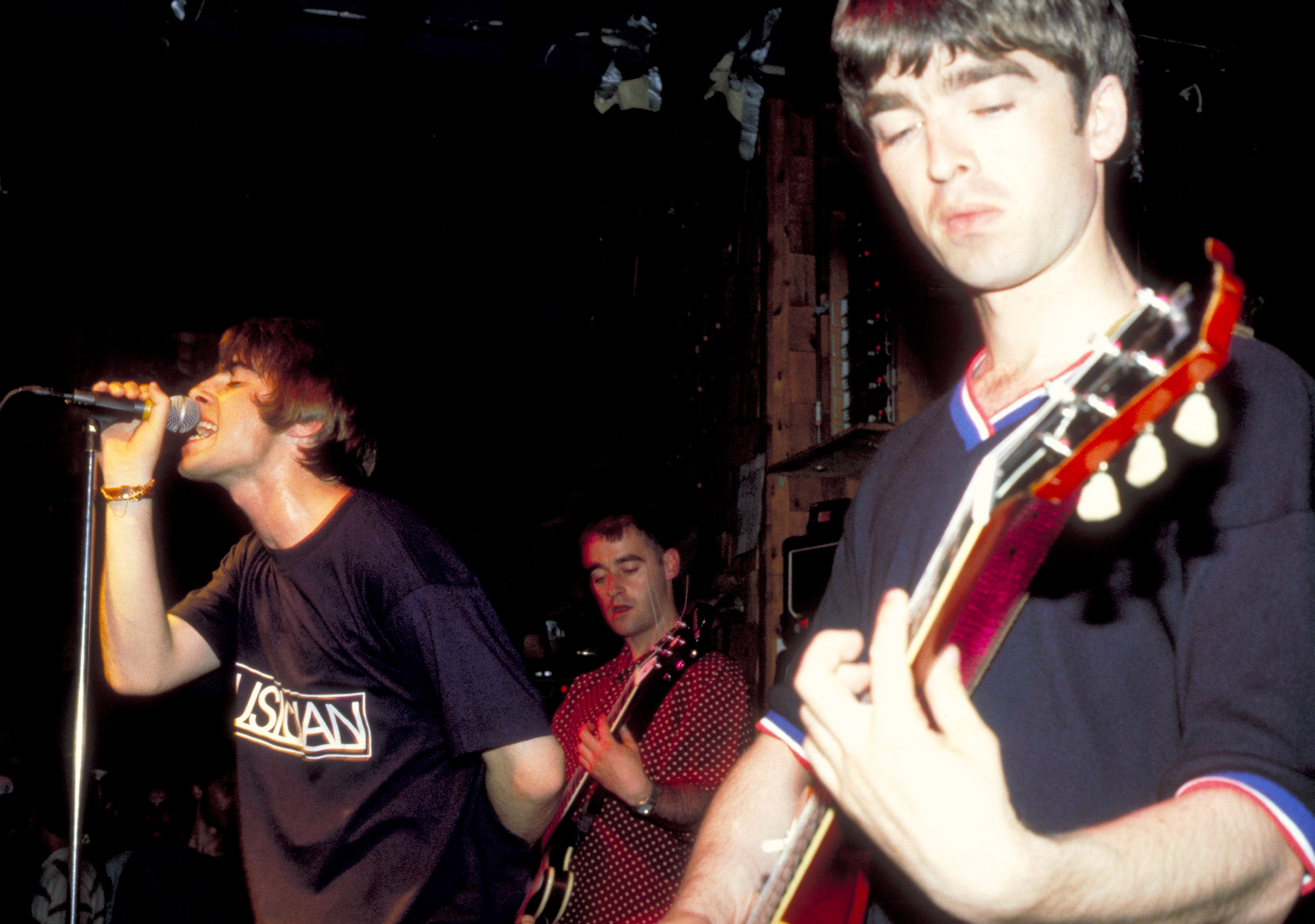 But despite his focus on the future, Noel admits the Britpop giants — and brother Liam — still loom large.Credit: Getty

“To do anything at the drop of a hat is impossible. But the beauty is you have quite a few ideas floating around when we’re all together.

“Some are great and some amount to f*** all. But with the new tracks on this record, it ended up being f***ing great.

“After Oasis, I said I didn’t know how it would go but I knew I didn’t want a set line-up. I wanted it all to be evolving, to keep pushing and pulling.” I am meeting Noel at the incredible new studio complex he has built in a former industrial unit — the ultimate man cave of vintage guitars, memorabilia and recording kit.

“I’ve been wanting a studio for a long time,” he says. “This place came up a few years ago and it took two years to build, design and decorate — and a fair amount of money. But if I can make two records in the ten-year lease, it makes sense.”

While Liam became synonymous with having a cast-iron belief in his own standing, Noel can be reflective. 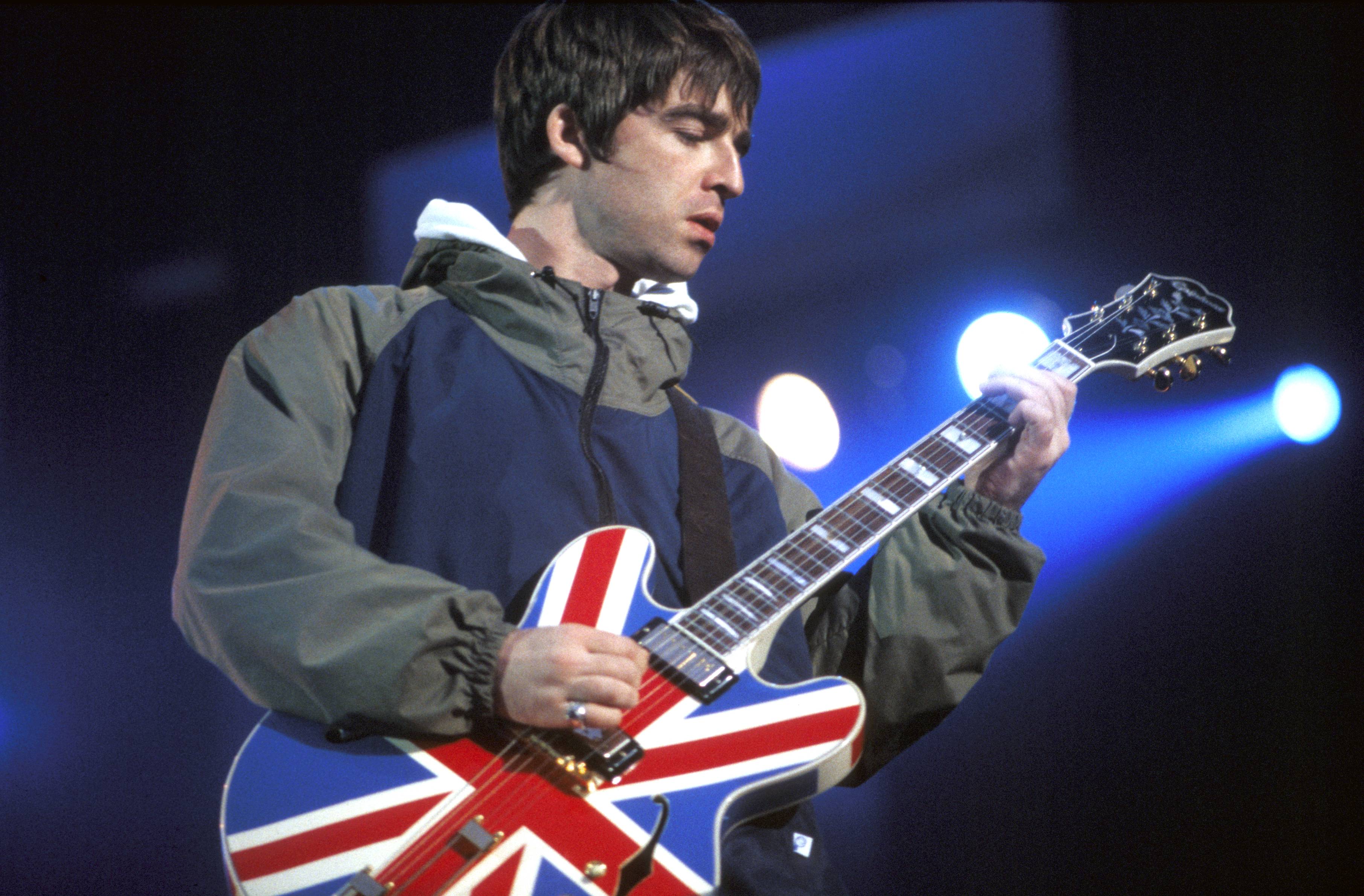 In our wide-ranging interview, Noel discusses his incredible career, hedonistic heyday and life on the road as this anthology marks ten years of his BirdsCredit: Redferns

Conversation slips easily between politics, health, family and current affairs — plus some reminiscing about the hedonistic glory days: “F***ing great until having kids ruined everything,” he says.

Noel and Liam have barely spoken since the band’s infamous break-up in Paris 12 years ago.

But as they prepare to release a new documentary film on their iconic Knebworth concerts to 250,000 fans, the pair remain intertwined.

Noel says: “This documentary was a no-brainer. We filmed it at the time. We had 30 cameras at the gig that came from London on the train with the fans.

“We were going to do the film of it then but we left Knebworth, went to America, that tour imploded, Liam didn’t do the first three gigs, I didn’t do the last two or whatever it was. 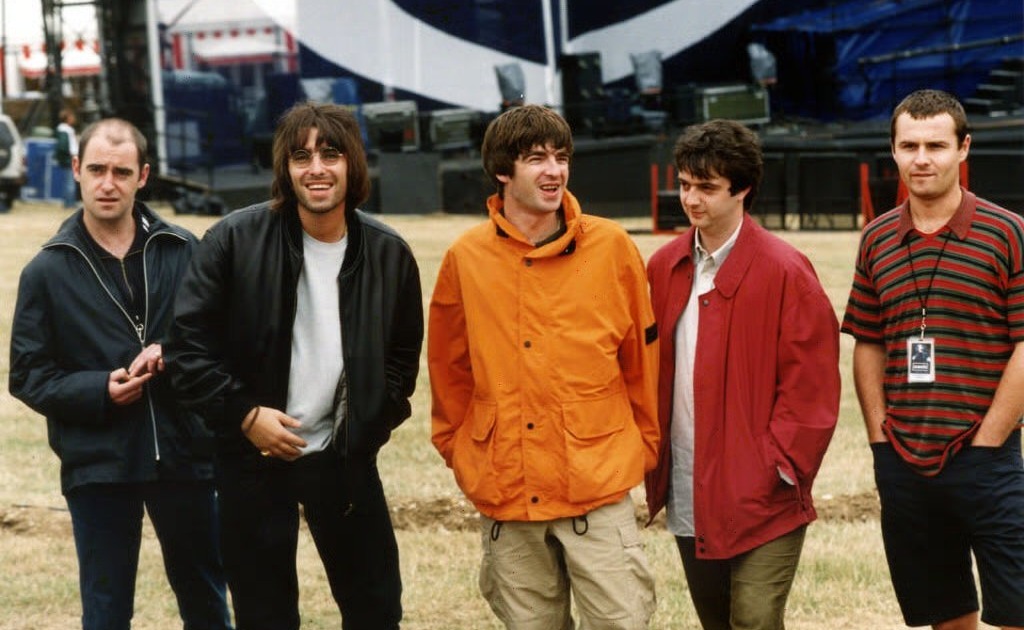 “Anyway, it all went t*ts up and when we came back, like idiots, the first thing we did was go back in the studio and made a new record.

“And we forgot about the Knebworth film.”

But working on a previous documentary, Supersonic, about the band’s formative years reignited their desire to re-examine the footage.

“But I have to say, listening to the audio on that, we were on fire. Liam was at his absolutely f***ing peak and I’ve since realised Oasis was at its best when he was at his best. And when he started to deteriorate, the band started to go downhill. In my own view, the singles were always great. 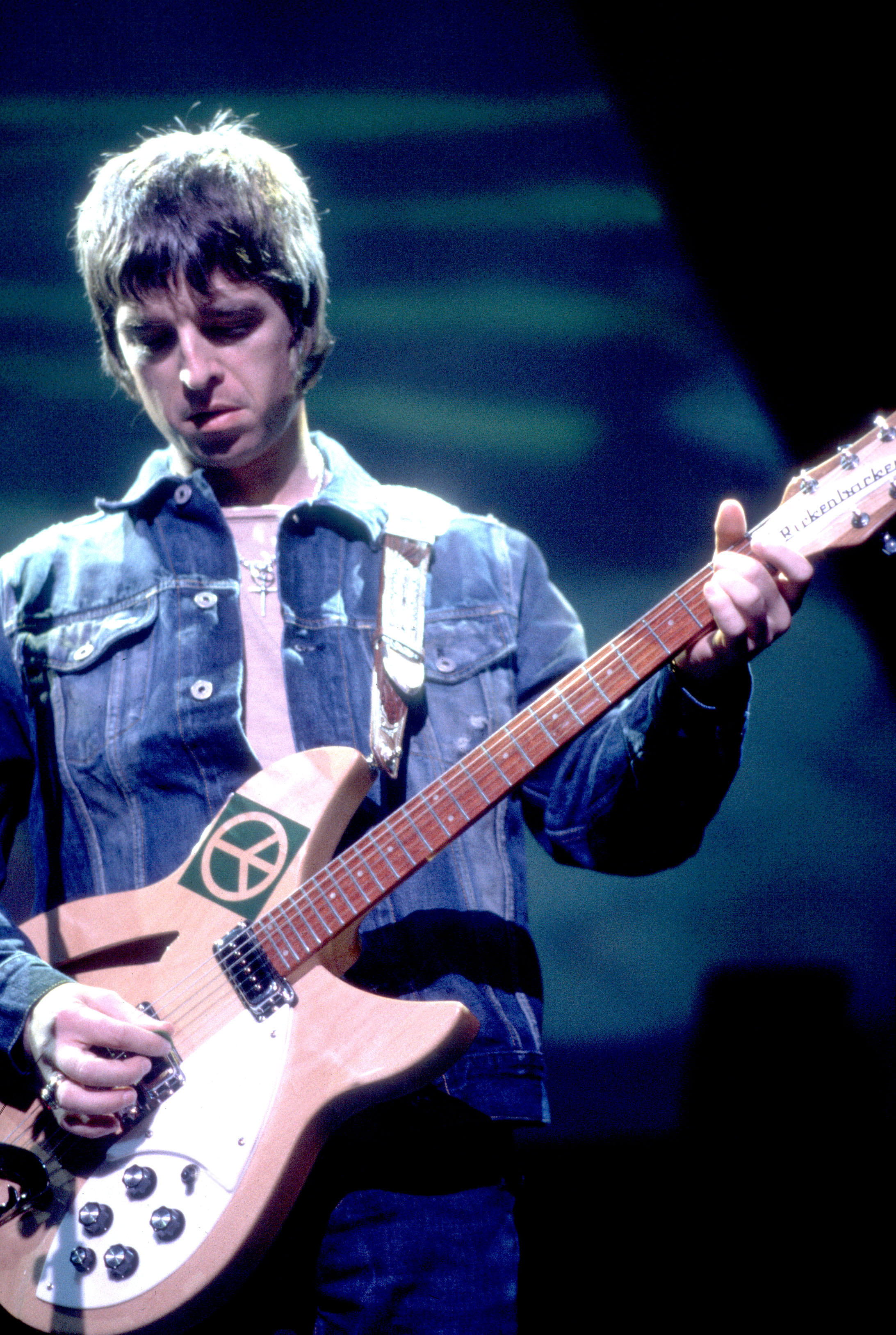 Noel Gallagher playing with Oasis in 2000 in ChicagoCredit: Getty

“The albums started to tail off a bit but when you see this thing, Liam’s at his absolute.

“And then, after, it was death by 1,000 cancellations until finally we’d had enough.

“It was great looking back at it and I could actually see what all the f***ing fuss was about.

“It’s also a really great and a little bit sad snapshot of a bygone era of the pre-internet — no phones, everybody in the moment with the band.

“You see a sea of 150,000 people or whatever it was while you’re doing Masterplan. 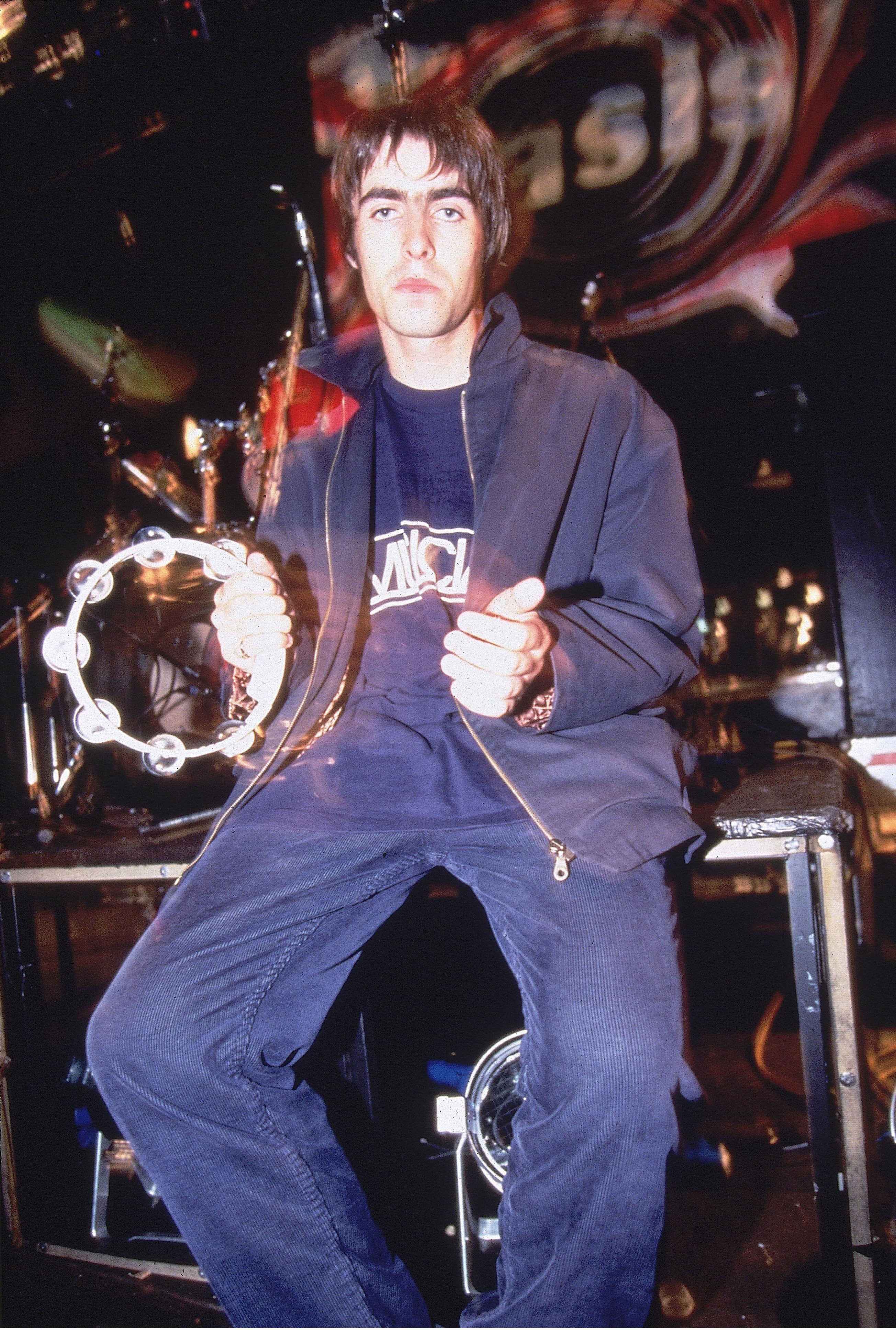 But as Noel and Liam prepare to release a new documentary film on their iconic Knebworth concerts to 250,000 fans, the pair remain intertwinedCredit: Redferns

“Now it would just be a sea of f***ing phones. But here it’s just the fans singing every word. It really gets you.”

The leap from Oasis’ heyday to Noel’s later work has been met, at times, with pining for a reunion over the more experimental albums, the most recent of which featured a lady playing the scissors.

But Noel is happy to go his own way. Two new tracks on his latest compilation, titled We’re On Our Way Now and Flying On The Ground, demonstrate the depth of his musical craftsmanship, with a range of influences on display.

A full new studio album, the band’s fourth, is also under way — with plans for a return to the road in the pipeline. 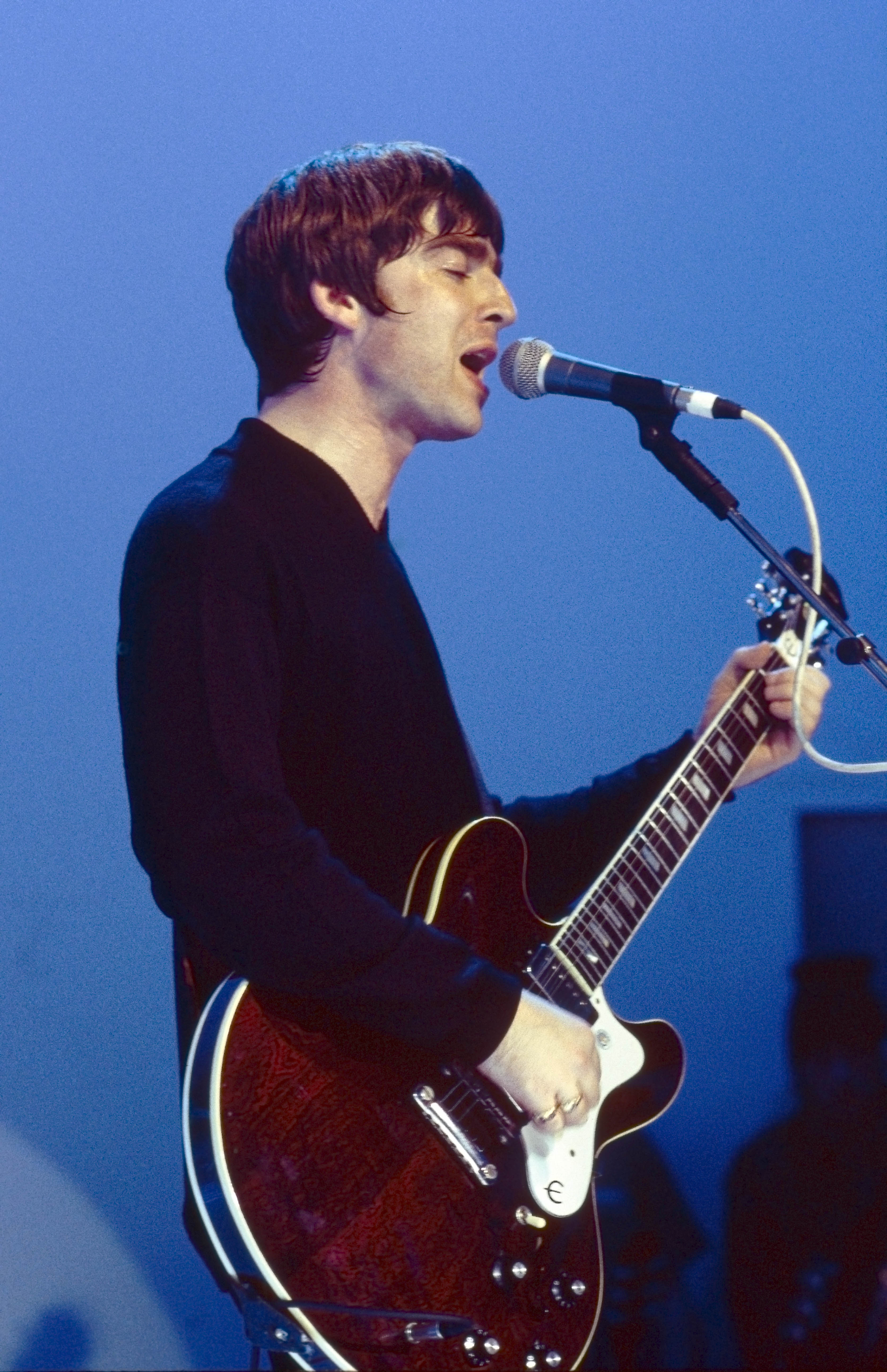 Liam has a full new studio album, the band’s fourth, is also under way — with plans for a return to the road in the pipelineCredit: Redferns

Turning to the new compilation, titled Back The Way We Came (Vol 1), Noel says: “At the start of lockdown, all the people who work for me are working from home.

“We had a call with management and we thought, ‘What are we going to do to keep everyone in the game?’

“Before the lockdown happened I had got back from India, Christmas 2019. It was my seventh year back to back on the road.

“Some of the girls in my band were pregnant and someone had cancer and it felt like the right time to take a step back, so really I’m still ahead of schedule. I don’t plan on doing anything until 2023.

“Anyway, we were kicking around trying to work out what to do and someone said, ‘It’s our tenth anniversary, why not do a best-of?’ 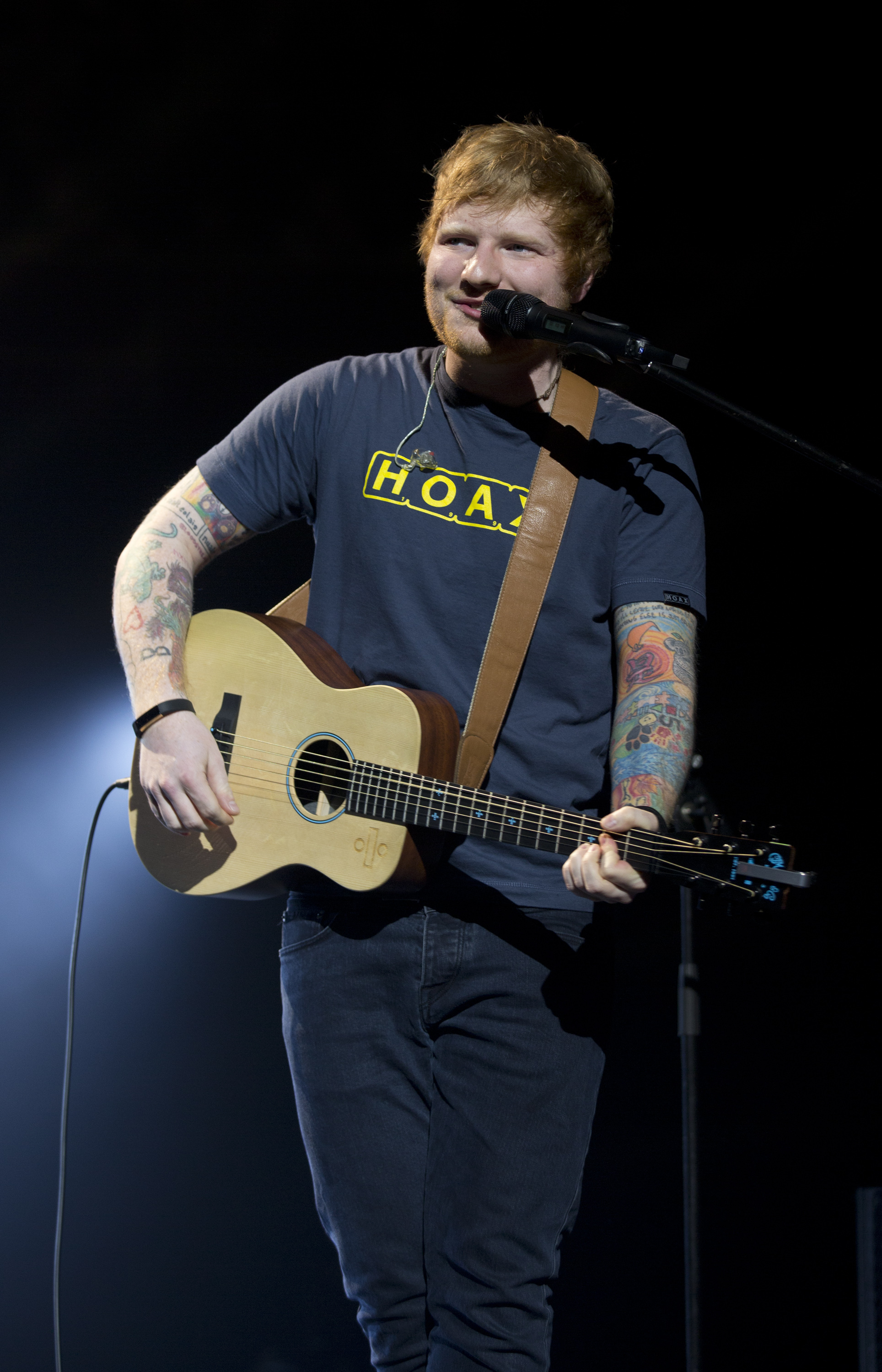 ‘A lot of people slag Ed Sheeran off,’ Noel says. ‘I mean, I’m not a fan of his music but he did a f***ing really great turn for the Teenage Cancer Trust for me’Credit: PA:Press Association

“Because I am not huge like Oasis, I thought, ‘This will only work if it has new tracks on it and those two new tracks have to be really f***ing great’.

“And as it turned out, We’re On Our Way Now has actually become my best-performing song on the radio ever. Flying On The Ground is quite different. It’s more like if Burt Bacharach wrote for Motown. It will be interesting to see what people think of it.”

He adds: “I think most Oasis fans like what I do now but there are a vocal minority who f***ing loathe it.

“By that rationale, there must be some people who didn’t like Oasis but who like what I do now. So it is all good now.”

With his second band now in greatest-hits territory, Noel finds himself in the privileged position of having “two careers, which is great”.

The two remain very much apart — until he performs live. 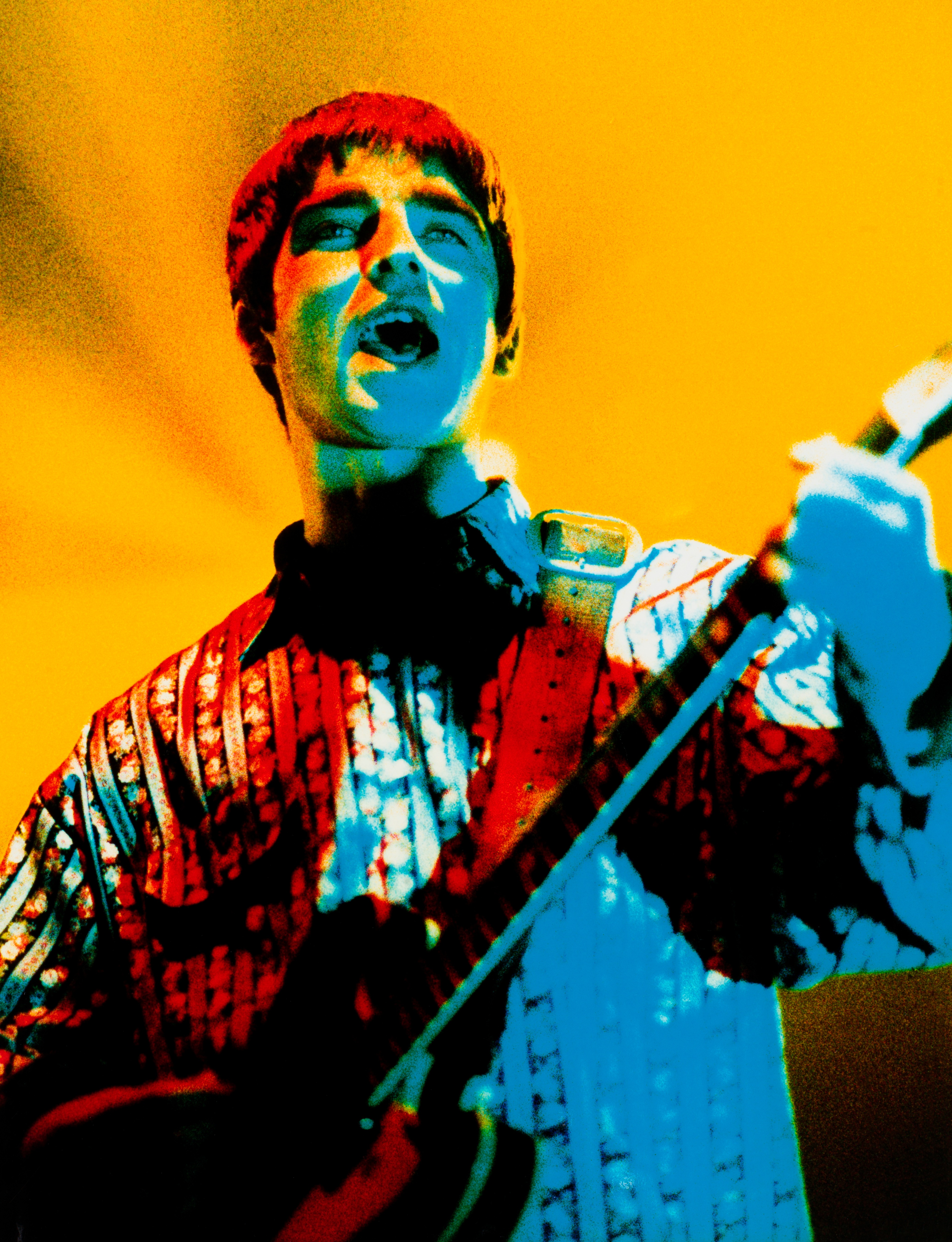 ‘I don’t respect people who co-write. If you’re a solo artist, what the f*** does that mean?’Credit: Getty

“So when I am making a record, I don’t think about my legacy,” he explains. “I am in the trenches with the songs and I follow my instincts. How they come out is how they come out. As a whole, High Flying Birds is a totally different set-up to Oasis. They couldn’t be more different.

“But when I put together a show, you have to merge the two. You can’t charge people £70 a ticket and not do a handful of Oasis songs, some of the most famous songs of the Nineties.

“It is a privileged position to be in. I will probably get round to a tour of mostly Oasis songs when I do the acoustic thing.

“There is always a plan to take that out properly with an orchestra on tour, but I am not sure when that will happen because of the Covid s**t.”

What is clear, though, is that songwriting and the art of crafting music runs deep in his veins. Little exercises his trademark grumpiness more than the industry casting songwriters aside in favour of more manufactured acts.

He says: “I don’t like people who don’t write their own songs. That’s the main thing.

“I don’t respect people who co-write. If you’re a solo artist, what the f*** does that mean? 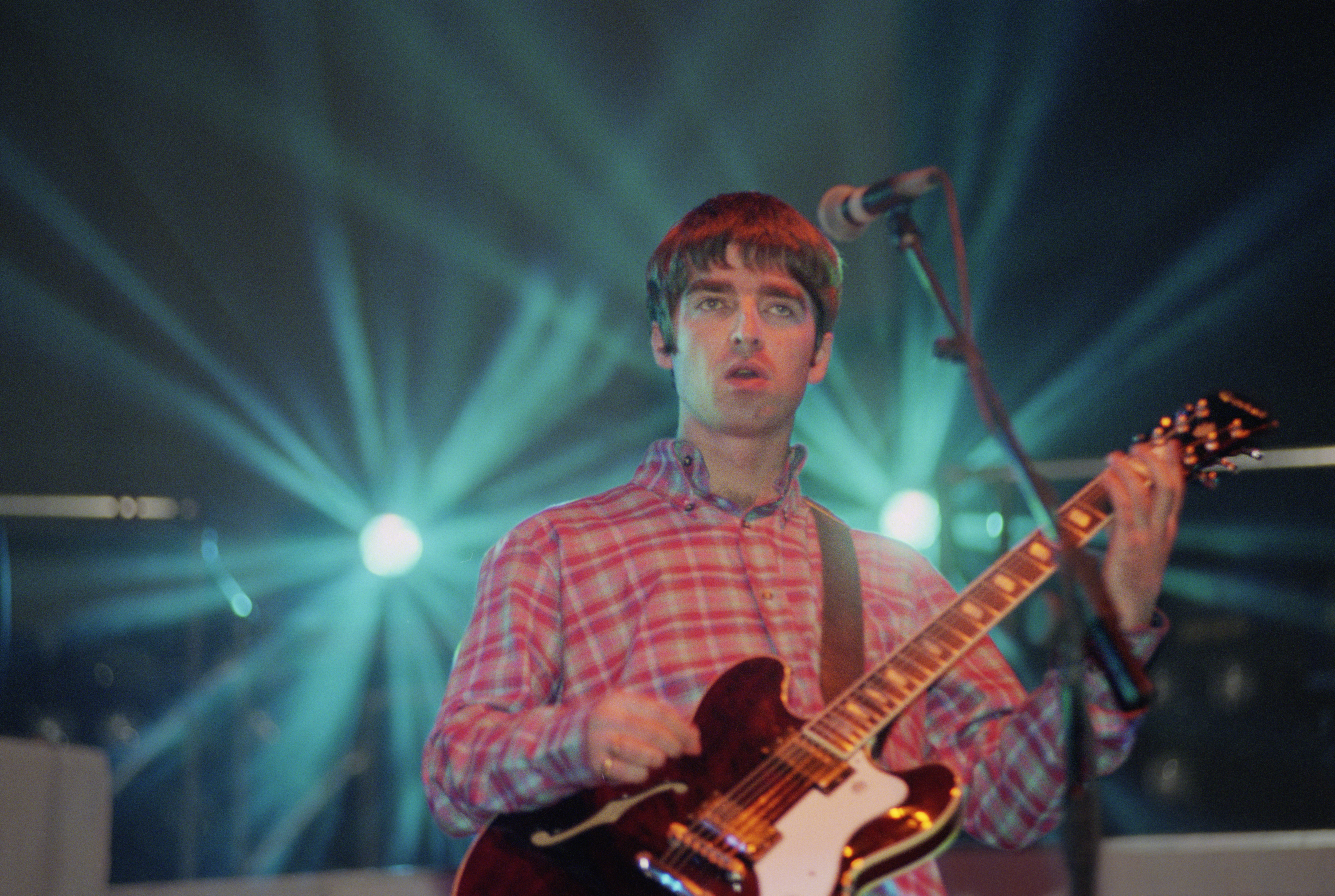 “I’m sure they’re very nice human beings but it’s like you’re expressing someone else’s lyrics. All right, maybe you wrote the lyrics but you didn’t write the f***ing tune. So I don’t respect any of them.

“They can look and sound and sell and stream as much as they f***ing want. They’re st to me because they don’t mean anything.”

So who does makes the cut?

“A lot of people slag Ed Sheeran off,” Noel says. “I mean, I’m not a fan of his music but he did a f***ing really great turn for the Teenage Cancer Trust for me.

“When I curated it — when Roger Daltrey, who usually runs it, was off for a couple of years — I was calling everyone I knew and Ed Sheeran was just about to become the biggest f***ing star in the world. I called everyone I knew in big bands and most of them said, ‘Aw f**k, we’ll do it next year’. Not one of them called me back.

“He actually called me back a year later and said, ‘When’s the dates for this thing?’. And I was like, ‘You know what? You’ll f***ing do for me’.

“And all my ‘mates’, because there’s no money in it for them, kind of batted it away. 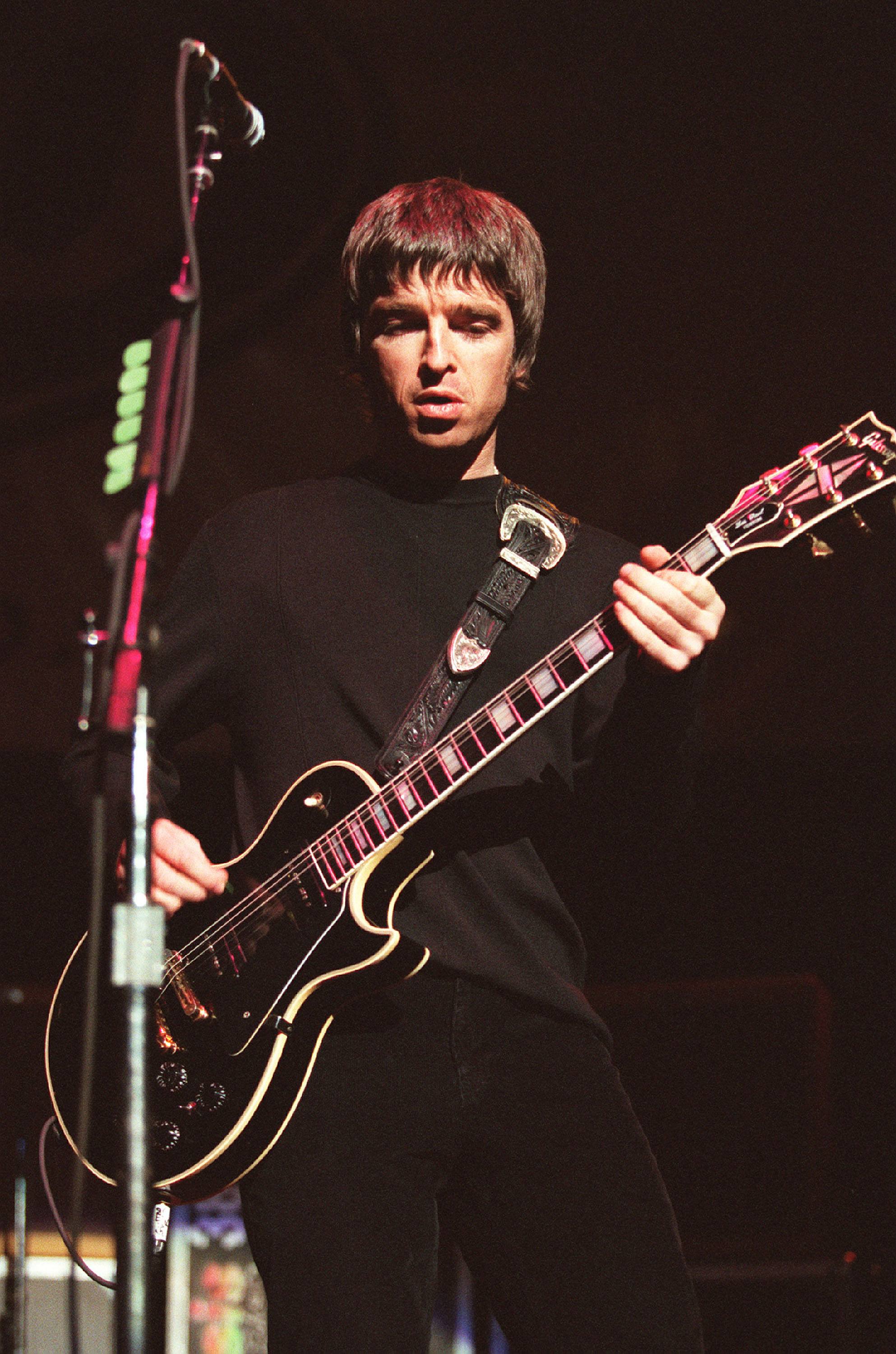 Noel is eyeing a return to the road as soon as Covid permitsCredit: Getty

“I saw Ed Sheeran one night in Central Park at something. One mic, a guitar and a pedal.

“He could go on tour with just a tour manager, a guitar roadie and a lighting engineer and that’s f***ing all. 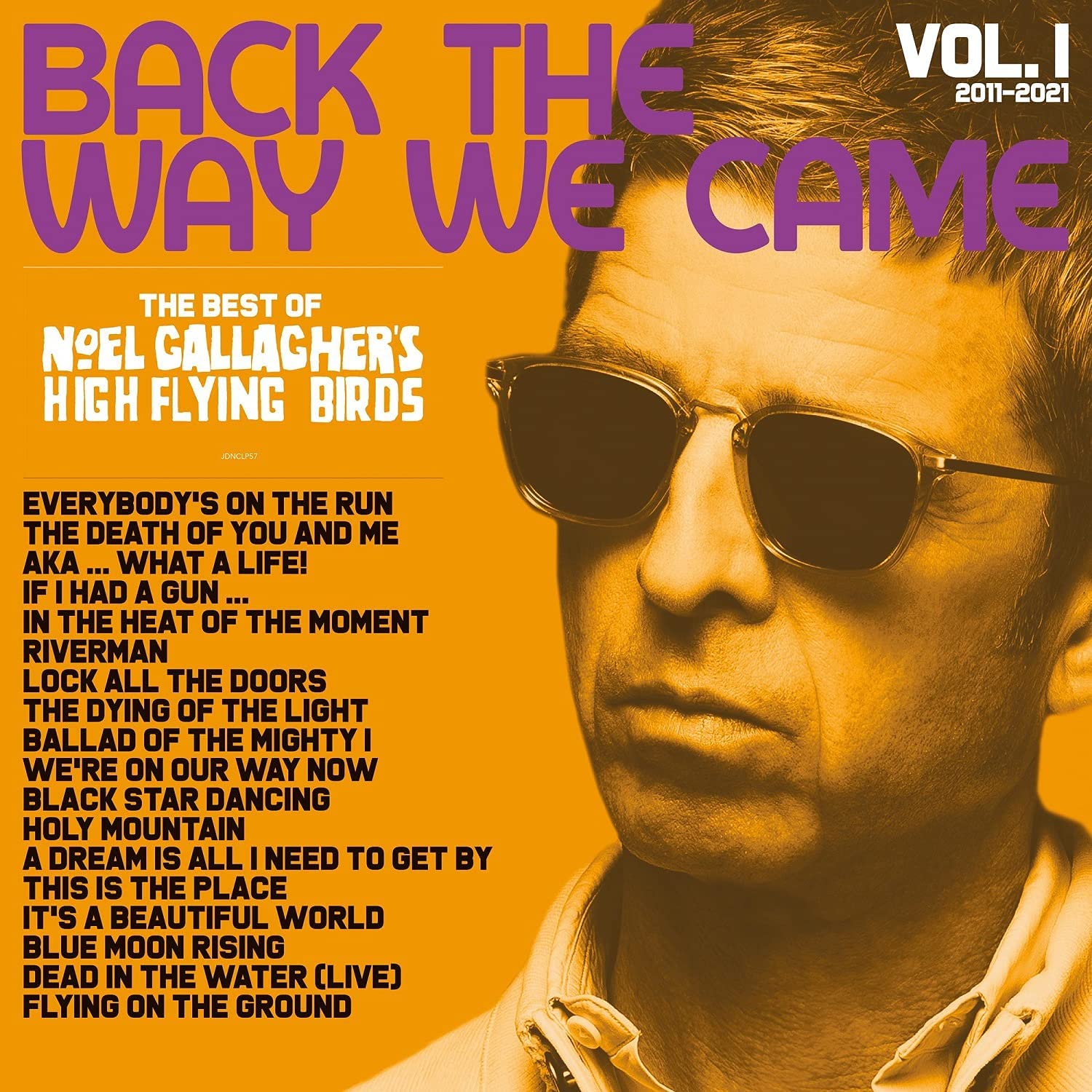