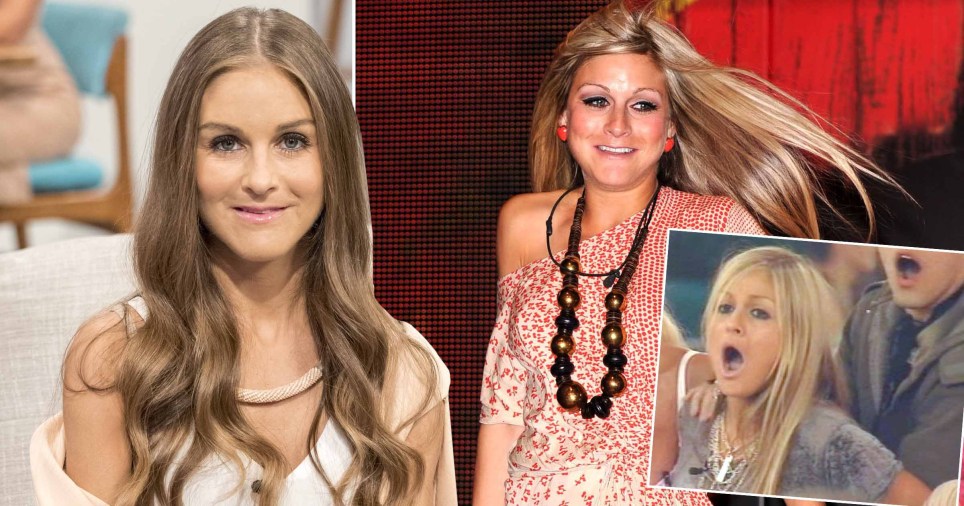 Nikki Grahame was one of the most beloved Big Brother stars of all time (Picture: Channel 4)

Big Brother star Nikki Grahame has died aged 38 and fans across the UK are remembering the reality TV icon.

Over the years, she has been open about her battle with anorexia, with fans and friends fundraising to help her get private treatment.

The page was updated on Friday to inform fans that Nikki had died, reading: ‘It is with great sadness, we have to let you know that our dear friend Nikki passed away in the early hours of Friday 9th April.

‘It breaks our hearts to know that someone who is so precious was taken from us at such a young age. Nikki not only touched the lives of millions of people, but also her friends and family who will miss her immensely.’

Nikki was beloved throughout the UK, following her appearance on Big Brother in 2006.

Springing onto our TVs, she instantly won fans with her lovable personality and quotable lines.

Her romance with fellow housemate Pete Bennett was a joy to watch, and she went on to win a National Television Award, for most popular TV contender.

Following her death, her friends and co-stars have been paying tribute, with fans reflecting on some of her best moments.

Nikki was no stranger to the Big Brother Diary Room, and some of her most iconic moments happened while she was alone, chatting to the cameras.

One of the best moments came when she fumed about golden ticket housemate Susie Verrico, strolling into the Diary Room in her bikini and sunnies.

‘I’m feeling very venomous and angry,’ Nikki said. ‘How dare she vote for me, she doesn’t even know me.’

‘What have I f**king done?’ she said. ‘She’s just marched in in her golden gown and just ousted me out, and it’s not fair.’

Never afraid to stand up to anyone, when she found out that fellow housemate Richard Newman had eaten the last of the Cornflakes, Nikki was not best pleased.

‘He had four bowls yesterday! Two in the morning, one in the afternoon,’ she said.

Heading into the Diary Room, she asked if Big Brother could send in more food.

‘He’s had four bowls of Cornflakes yesterday! Four! And they’re not just normal bowls, they’re f**king mountains of Cornflakes! Like a mountain, and a whole bag of sugar.’

‘She just walked in!’

When housemate Jayne Kitt unexpectedly joined the fray, Nikki knew immediately she was a kindred spirit.

Chatting in the Diary Room, she grinned, saying: ‘I really like her! She’s so nice, isn’t she?

‘I think she’s brilliant, I like her,’ she went on. ‘And she lives near, she lives in Slough, and that’s not where I live, but near. I know where Slough is.

‘She just strolled in!’ Nikki marvelled. ‘I was standing there, eating a biscuit and having a cup of tea, and she just walked in!’

The pair were often seen cuddling up, and comforting each other if things ever got a bit much.

While they eventually split up, years later they reunited on Loose Women, and kept in touch in the time following the show.

When Nikki’s fundraiser was posted, Pete was one of the stars urging people to donate.

Living in a house with so many other people can never have been easy, and one of Nikki’s most stressful points was battling the others over the air con.

‘How are we supposed to get out of bed in the morning with the f**king air con? It’s a blizzard, I’m going to catch a cold!’

Nikki came fifth in her original series of Big Brother and her eviction seemed to be the moment she realised just how loved she was by the British public.

With the lift opening, the star was greeted to the crowds cheering for her and chanting her name, leaving her a little overwhelmed.

After presenter Davina McCall came to fetch her, giving her a helping hand, Nikki could be seen smiling and greeting fans.

Her return to Big Brother

Of course, after Nikki left Big Brother, fans wanted nothing more than to see her back on screen.

She went on to appear in Ultimate Big Brother in 2010 and, in 2015, returned to the show as a guest housemate in the 16th series.

Looking back on her first appearance, Nikki quipped: ‘I did a lot of foot-stamping, screaming and shouting and sulking. That’s changed now!’

Nikki perhaps said it best when she asserted: ‘I’m the most remembered housemate of all time!’

She hasn’t been forgotten since she first appeared on our screens, and she certainly won’t be in future.

If you suspect you, a family member or friend has an eating disorder, contact Beat on 0808 801 0677 or at help@beateatingdisorders.org.uk, for information and advice on the best way to get appropriate treatment