Nigel Farage has announced that he is officially joining GB News after retiring from frontline politics earlier this year.

Mr Farage made the announcement on Saturday after previously teasing on Twitter that he would be revealing a ‘big career change’.

‘Since politics I have done a fair bit of broadcasting and broadcasting matters, it really, really does,’ Mr Farage said in a video.

‘It gets people to look at issues, think about issues in different ways and can be very influential.’

The former leader of the Brexit Party said that he previously did three and a half years working at LBC with what he described as ‘some degree of success’.

‘On YouTube I’ve had millions of people watching my videos and often I’ve covered stories that everybody else wants to ignore,’ he said.

He continued, explaining that his self-titled GB News show is to begin from Monday July 19, airing at from 7pm until 8pm from Monday to Thursday on the channel.

Mr Farage promised to ‘take on the toughest news of the day’, saying that he’ll interview people ‘who really understand their subjects’.

‘And also, I won’t be taking the knee for anyone on this show,’ he added.

Ahead of Mr Farage’s official appointment on GB News, he retweeted chair Andrew Neil’s statement about the ‘great future’ of the channel. 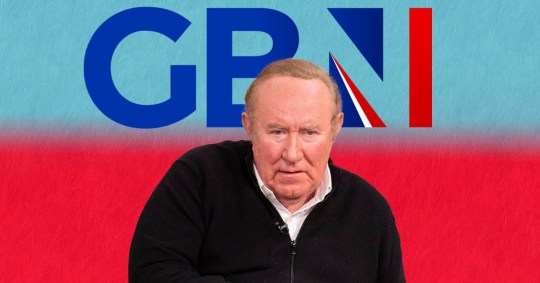 This week, GB News made headlines when a presenter took the knee live on air in solidarity with the England men’s football team’s demonstration against racism.

GB News subsequently released a statement concerning Guto’s actions, stating that while the channel does not ‘have a company line on taking the knee’, it was ‘an unacceptable breach of our standards’.

Following Guto’s taking of the knee on GB News, some viewers called for a boycott of the channel, claiming it had become ‘too woke’.

It was later reported that some of GB News’ programmes that aired the following day attracted ‘zero viewers’, marking a sharp decline in viewership since its launch in mid-June.

In a statement released by Mr Neil, he insisted that GB News still has a bright future ahead.

‘Start ups are fraught and fractious. @GBNEWS is no exception,’ he tweeted.

‘But the news channel is finding its feet and has a great future. Watch this space.’