Nicole Kidman sent fans and famous faces into a frenzy as she celebrated the 20th anniversary of Moulin Rouge! with a string of iconic throwbacks.

The film – starring Nicole, Ewan McGregor, Jim Broadbent and Kylie Minogue – was released on June 1, 2001, and we’ve watched it on repeat ever since.

Taking to Instagram, the 53-year-old, who stole the show as Satine, blessed us all with some of her favourite moments behind the scenes and in front of the cameras, alongside onscreen beau Ewan.

She captioned the upload: ‘Some of my favourite memories from #MoulinRouge! The greatest thing you’ll ever learn is just to love, and be loved in return. 20th anniversary is tomorrow!’

Nicole’s post was showered in love by celebrities, who seem to be just as obsessed with the musical as we are.

Ryan Murphy replied: ‘Two of my favourite people in one photo. Love you both! x o.’

‘We could be loversssssss,’ Anya Taylor Joy said.

Kylie Minogue branded her an ‘icon’ with a string of love hearts, as Andrew Rannells said it was his ‘favourite’.

Hollywood legend Michelle Pfeiffer added: ‘Love you in this!!!’

Nicole followed her post by sharing the artwork that loyal fans had put their all into over the years. 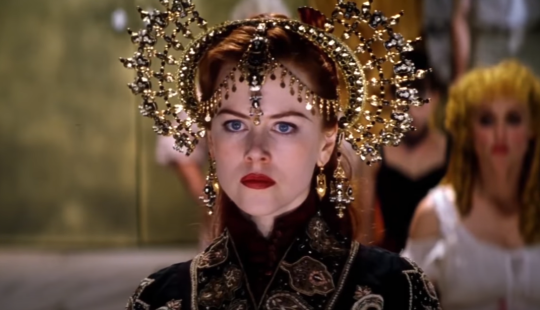 ‘Celebrating 20 years of #MoulinRouge today! To be reminded just how beloved this film is by so many of you is so deeply touching to me,’ she penned alongside a montage video.

‘When we were making this film, we hoped it would be something special and groundbreaking, but it’s far exceeded what I dreamed of.

‘I want to see more! Share your #MoulinRouge inspired creations to your story and tag me so I can reshare my favourites.’

Moulin Rouge! was released in 2001, and follows the story of young writer Christian (Ewan), who falls in love with cabaret actress and courtesan Satine (Nicole) at the Moulin Rouge, despite the fact she has been promised to the Duke (Richard Roxburgh).

It went on to land eight Oscar nominations, including a nod for best picture – eventually losing out to A Beautiful Mind.