Nicolas Cage is wasting no time in getting into his next role (Picture: Mega)

Can we all just take a moment to appreciate our first look at Nicolas Cage as Dracula, please and thank you?

The Face/Off actor, whose already causing a stir with his upcoming film The Unbearable Weight of Massive Talent, where he plays a fictionalised version of himself, is wasting no time in getting into character for his next role.

And what a role it is.

He’s starring as Dracula in the comedy-horror Renfield alongside Nicholas Hoult, who’s set to play the titular Renfield, a henchman of the villainous monster.

Suiting up as the iconic vampire, Nic, 58, looked completely the part in a (blood) red velvet ensemble, his hair slicked back and pale makeup.

The actor also rocked an intriguing eyebrow shape, long pointy fingernails, and colourful jewellery with the star looking solemn as he got into character. 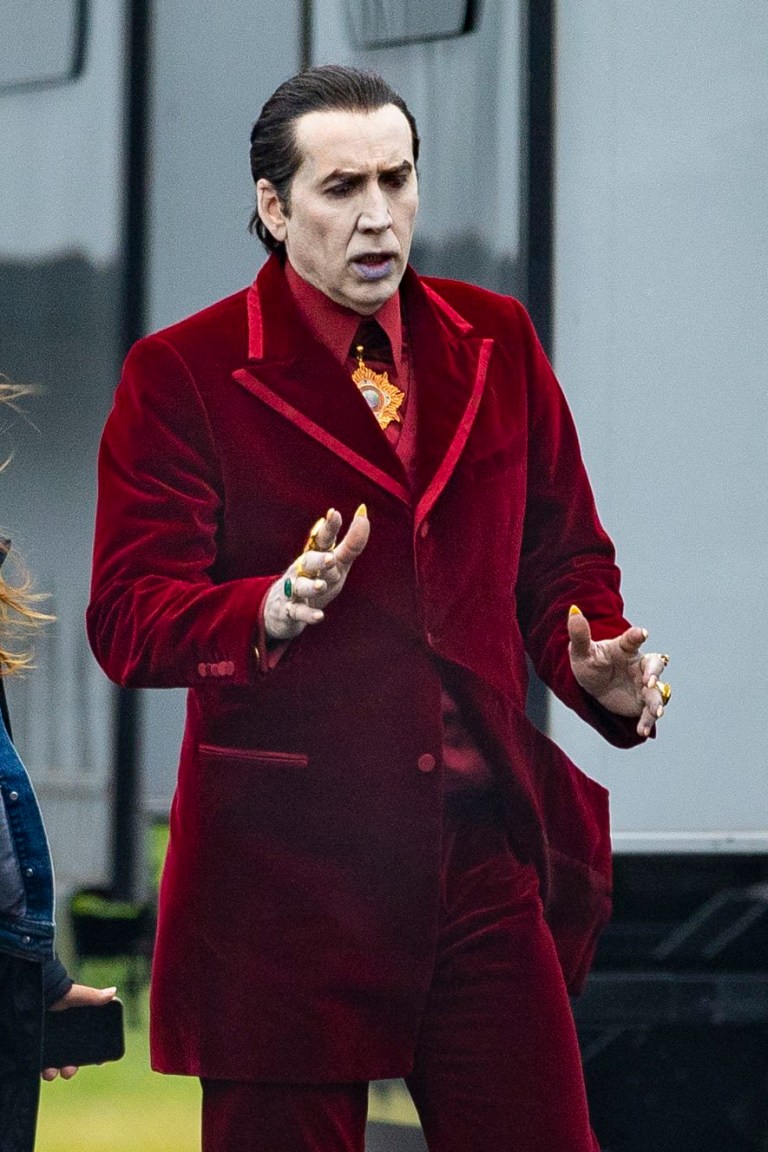 Renfield will show the relationship between Dracula and his henchman (Picture: MEGA)

Quite the opposite to Nic’s immaculate look, Skins star Nicholas, 32, sported a blood-stained jumper with blood also spattered across his face.

Safe to say it doesn’t look like things go down too well for Renfield.

Directed by The Tomorrow War’s Chris McKay, Renfield will see Dracula’s henchman attempt to leave his line of work after he falls in love. 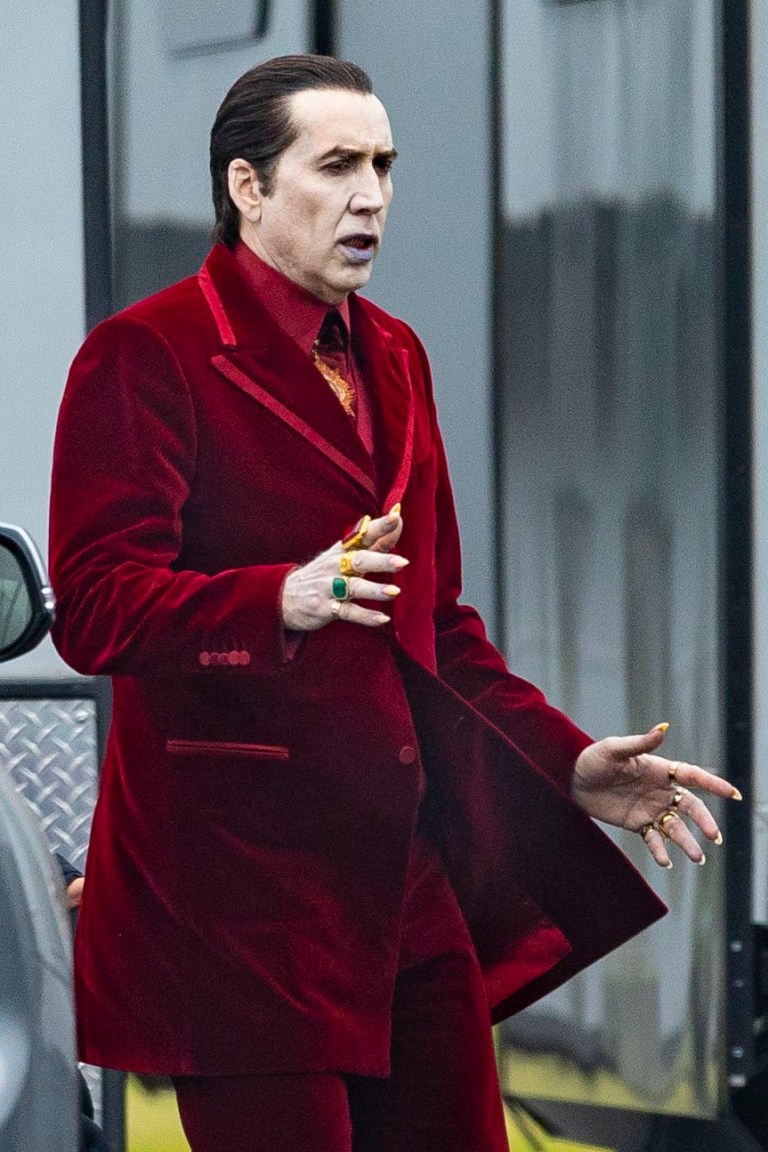 ‘I want it to pop in a unique way from how we’ve seen it played. So I’m thinking to really focus on the movement of the character,’ he told Variety. 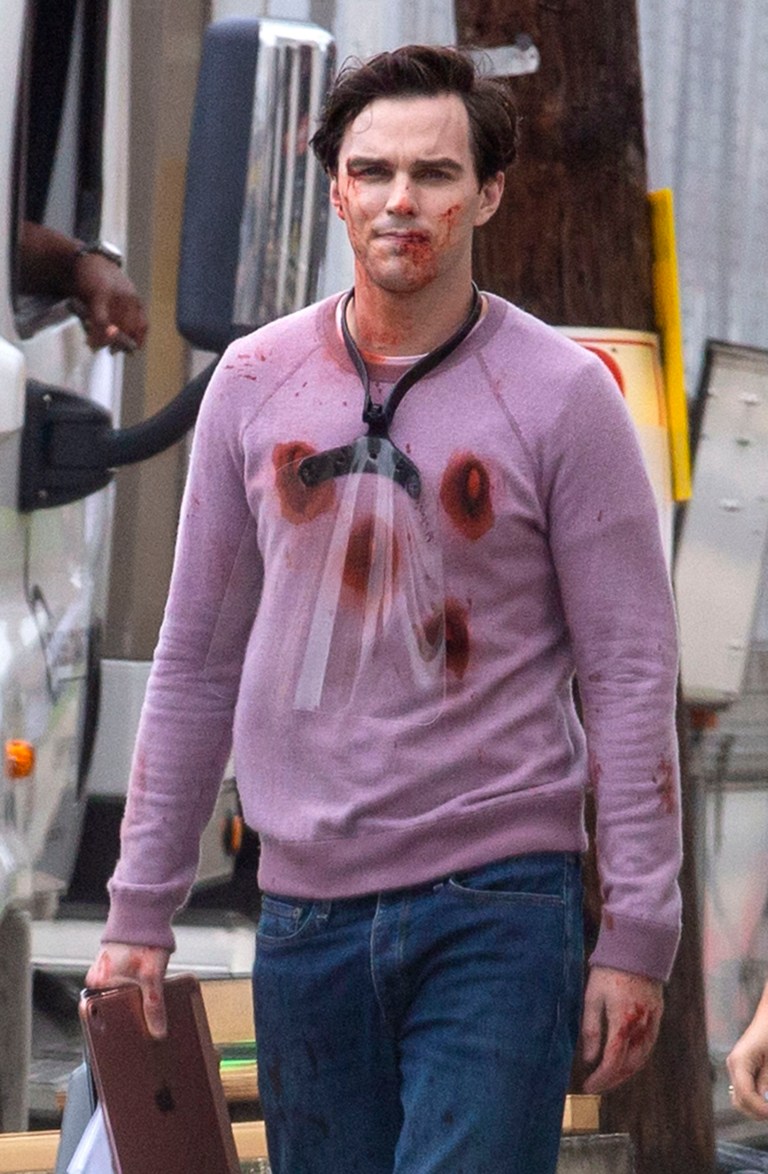 Nicholas’ Renfield looked to be having…a less fun time of it (Picture: MEGA)

He added of the movie: ‘What makes it super fun is that it’s a comedy.

‘And when you get that tone right — comedy and horror — like American Werewolf in London, it’s a blast. It’s got to be a bulls-eye. But that’s what I’m looking for, something new to bring to the character, and also that perfect tone of comedy and horror.’

First, though, Nicolas is about to take us on a wild ride with The Unbearable Weight of Massive Talent.

The Hollywood actor stars as a fictionalised version of himself (because who else could do him justice?) in the comedy action, as he’s offered $1million (£765,000) to appear at the birthday party of a superfan (Pedro Pascal).

The Unbearable Weight of Massive Talent was hailed as ‘one of the funniest movies of the year’ in one review, while another dubbed it ‘easily Nicolas Cage’s best performance’ – so consider us well and truly on board.