Nick Knowles has admitted that the emotional pressure of DIY SOS often leaves him breaking down in tears in service station car parks.

The BBC’s latest Big Build special starts tonight, with Nick heading to County Down, Northern Ireland, to help out a woman named Mandy McCreight – who has been left isolated in her bedroom due to ill health.

Desperate to spend more time with her husband and two children, Nick and the team help make the home wheelchair accessible – completely transforming her life in the process.

Speaking on Lorraine today, Nick said that he wasn’t afraid to cry on camera, but the emotional effect the show has on him definitely takes its toll.

He explained: ‘You and I have been in this game long enough to know that what happens is, when it comes to that moment, I get off screen, because I don’t think the end of the show those moments are about me.

‘They’re about the fortitude of the people I’m talking to, they’re about the giving of the 300 people it takes to volunteer their time throughout 100 companies that give their material. 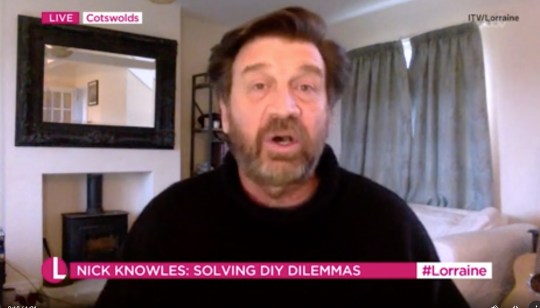 Nick appeared on Lorraine to talk about the latest Big Build (Picture: ITV)

‘So, when we get to those moments where it’s emotional, a lot of TV presenters will sort of horn in on the moment because this is your opportunity for emotion.

‘But I get out the way so that people who are volunteering and the people whose lives are being changed can have that moment together.

‘I don’t think you need a TV presenter in there at that point but yeah I quite often have a little cry.’ 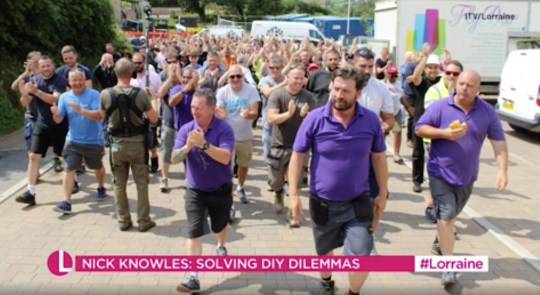 All the DIY SOS team are left affected by their emotional projects (Picture: ITV)

‘To be honest, we’ve all said this on the programme. We’ll finish the programme and get like 50 miles down the motorway and pull into a service station over in one corner of the carpark and have a little cry on our own,’ he added.

Nick is joined on The Big Build by electrician Billy – whom he’s nicknamed Jurassic Spark – and build manager Mark, who finds himself particularly emotional during this latest project. 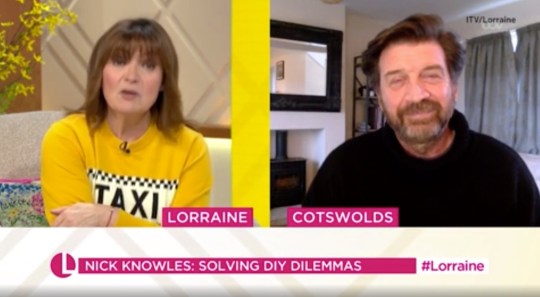 Mark was born and raised in Bangor, County Durham, but moved away 35 years ago.

He’s therefore left overwhelmed to discover people struggling in his hometown on his first trip back.

Given nine days to makeover the house, the plan is to change Mandy, her husband Davey and her children Ben and Kara’s life forever.

Basically, be ready for some tissues as this is going to be a tearjerker.

DIY SOS: The Big Build airs tonight at 9pm on BBC One and Lorraine airs weekdays from 9am on ITV.