Gage has been through a lot (Photo: Facebook/Nick Gage)

Wrestler Nick Gage has recalled the moment his earlobe ‘melted off’ his body after a brutal deathmatch.

The 40-year-old star has suffered his share of scary injuries – including dying for seven minutes after one particularly nasty bout – but he continues to work on his craft out of a passion for wrestling.

In a deleted scene from Dark Side of the Ring: The Ultra-Violence of Nick Gage, it’s revealed he initially shrugged off the idea of going to hospital despite his earlobe melting off.

However, he agreed, and later opened up on the moment staff saw the greusome injury.

He said: ‘They like, “Oh my God! Holy s**t!” And they rush me back to the burn unit right away. But it was second degree burns, so I was lucky, you know?’

Gage admitted trips to hospital after his bloody battles get different reactions from medical staff, with some of them calling him ‘crazy’ while others show an interested in what he does.

‘Some are, like, intrigued by it, but I don’t lie, man. I’m so proud of being f***ing what I am, so I’ll be like, “Yeah, I went through a burning table and I got lit on fire. It’s professional wrestling,” ‘ he said.

‘”Burning table, what the f**k is that?!” “It’s a table where you light on fire and you got barbed wire on there. Guess what? It’s [supposedly] trying to burn your opponent alive, the barbed wire’s supposed to hook you, you can’t get out”. That’s what I explained to [the nurse].’

Asked about the response he gets after explaining the situation, he smiled: ‘”Oh that’s crazy,” you know? Or just stop talking, move onto some other subject.’

During the episode itself, Gage also reflected on his now-infamous deathmatch with Hollywood star David Arquette, who was rushed to hospital after being stabbed in the neck with a light tube. 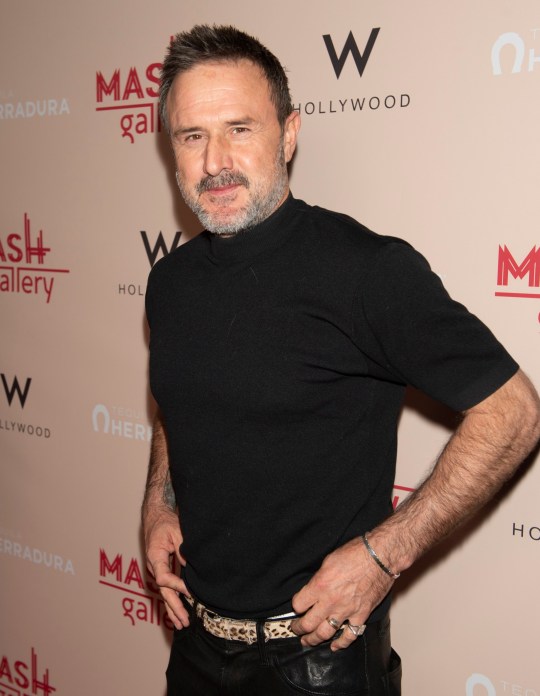 Gage noted he had no intention of going easy on the actor, and eventually he brought out a pizza cutter during their match the following night.

The nastiest part of the match saw Gage smash a piece of light tube over his opponent’s head and catch him in the neck.

Despite Arquette bleeding heavily and having to be taken to hospital, Gage – who claimed he forced him to stay down for a pin to finish the match – wasn’t sympathetic.

‘He did good until he started being a f***ing cry baby. He ran and fucking got in Luke Perry’s car and got out of there. I haven’t talked to him since.’

*Dark Side of the Ring returns to Vice TV later this year.