Acclaimed for his potent and poignant lyrics in a discography that explores an eclectic variety of intense emotional states, Nick Cave has always used his art as an outlet to explore and vocalise his innermost thoughts.

Posting on his Red Hand Flies newsletter – a side-project which allows him to directly communicate with fans – the so-called ‘Godfather of Goth’ explained that his 2019 album Ghosteen was ‘haunted’, with his 17th studio album conceived with loss in mind, two years after his 15-year-old son Arthur died falling from a cliff.

In his carefully constructed and typically artfully worded response, he said he used his work as a way to communicate to loved ones who had passed away.

‘Perhaps the songs became a kind of free-floating conversation with the spirit world, buoyed up by the absence of the ones we love,’ Cave explained. ‘Perhaps the ghostly forms of the departed are all around us, magnetised toward the act of creation.’

Just seven years after he lost Arthur, 64-year-old Cave will now be forced to confront these immense feelings of haunting grief all over again. Earlier this week, he announced that his 30-year-old son, Jethro Lazenby, had died.

Jethro had had a tumultuous upbringing. Born just 10 days after Cave’s son Luke with Brazilian journalist Viviane Carneiro, Jethro was the result of the singer’s brief liaison with model Beau Lazenby in 1990. In a 2012 interview, Jethro revealed he did not meet his father until he was seven or eight.

‘It didn’t start off that great, having all this s*** with my dad and being in his shadow,’ he said at the time. ‘When someone thinks I’m a lucky little rich kid, I want to throttle them.’

Having inherited both his mother’s good looks and his father’s brooding gaze, Jethro’s future seemed a little brighter when he was a teenager: after ‘escaping’ Melbourne’s Collingwood district and staying on the sofa of a family friend in Stoke Newington, he had a successful modelling career, landing contracts with Balenciaga and Lou Dalton, as well as walking for Charles Anastase.

Cave went to see Jethro during his modelling heyday: ‘He was really proud of me,’ he recalled. ‘I think he realises how similar we are in a lot of ways now.’

However, it was around this time that Jethro, who had been diagnosed with schizophrenia, had fallen into the grips of a drug addiction.

Having violently assaulted an ex-partner in 2018 in a row about drugs, Jethro was awaiting sentencing after attacking his mother.

He had also racked up a number of other petty criminal charges, including stealing $12.50 worth of food from a nearby 7-Eleven.

Shortly before he was expected to undergo treatment for substance abuse, Jethro was found dead in a Melbourne motel that charged $100 a night – a far cry from the glamour and luxury he was accustomed to during his time in the modelling glitterati. 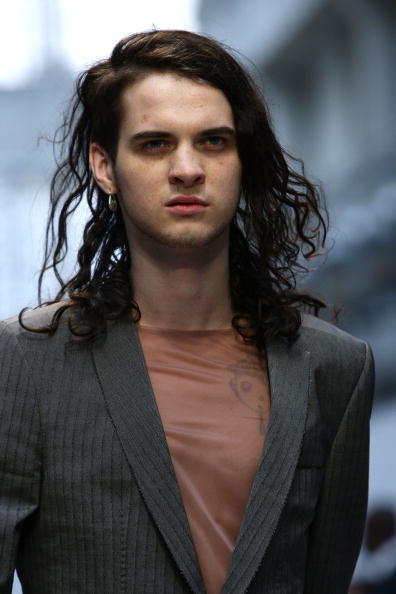 Jethro only started speaking to Cave as he got older (Picture: Vittorio Zunino Celotto/Getty Images)

Jethro had said previously that while the pair’s relationship was on better terms than it had been previously, he still didn’t see his father too often.

And Cave himself expressed dismay for not making the time for Jethro when he was first born.

‘It was a difficult time, but it turned out great in the end,’ he told a journalist in 2008. ‘To my eternal regret, I didn’t make much contact with Jethro in the early years, but I now have a great relationship with him.’

It can be all the more painful, when losing a loved one, to reflect on regrets or perceived mistakes in your relationship, says Dr Elena Touroni, a consultant psychologist and co-founder of The Chelsea Psychology Clinic.

‘The loss of a child is one of the most traumatic experiences a human being can go through in their life,’ she explains. ‘When you are a parent, a very strong bond and attachment develops between you and your child. Losing a child can bring an unbelievable sense of grief and feeling of injustice. 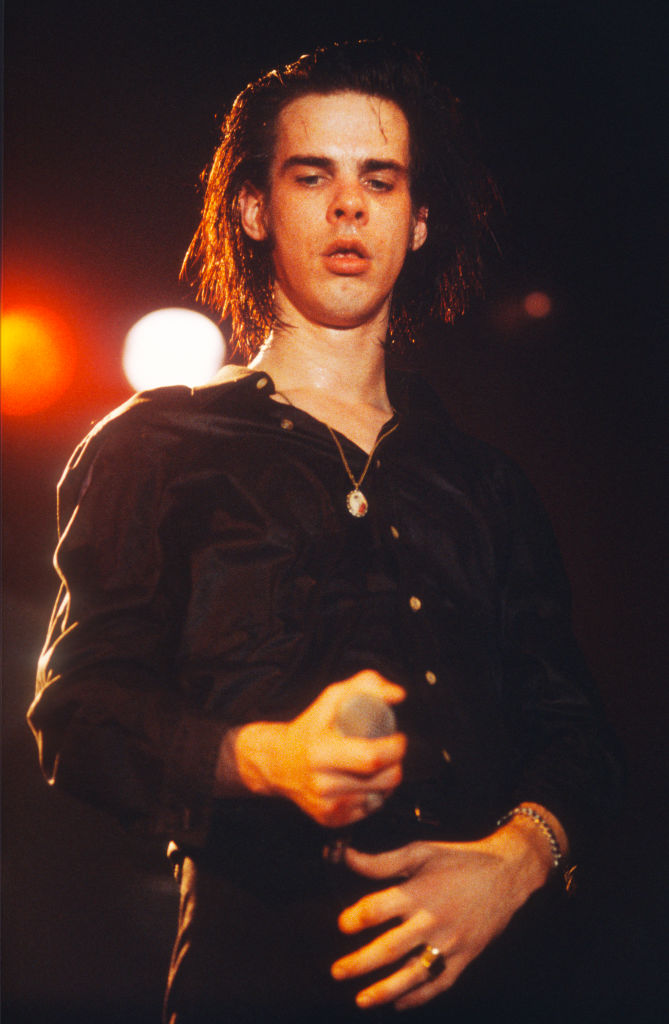 Cave’s life has been peppered by numerous tragedies and losses, which effectively shaped him as a person and an artist. Having been born in a sleepy, rural village of Warracknabeal in Victoria, Australia, Cave rallied against the more traditional lives his parents lived to establish himself as the town’s wild child.

His rebellious ways saw him fall out with his father, Colin, a teacher who passed his love for literature onto his son. While he was expelled from the local high school and sent to board at Caulfield Grammar School in Melbourne, Cave’s passion for music was ignited by joining covers band Concrete Vulture. Still a full-blown tearaway, Cave started to pursue music in 1978 – but found his life irreversibly halted when Colin died in a car accident when he was just 19.

Cave was told the news by his mother, Dawn, as she was bailing him out on a burglary charge. While he has spoken about not really having ‘too many memories’ of his father’s death at this time of his life, he has since admitted that Colin died ‘at a point in my life when I was most confused.’

He added that writing became a lifeline for him during as he grieved: ‘The loss of my father created in my life a vacuum, a space in which my words began to float and collect and find their purpose.’

According to psychologist Dr Lizzie Paddock, grief can be such a seismic life event that it can affect how your brain functions.

‘Grief isn’t only a psychological experience,’ explains Lizzie, who is also the Safeguarding Lead for grief support app Untangle. ‘It can affect the body too as physiologically your body has experienced a trauma. Memory loss, confusion, an inability to concentrate or focus – these are common symptoms after a bereavement. It can be difficult to keep your mind on reality when your world has turned upside-down.  Grief is a huge trauma, and you are reeling from the shock of your loss.’ 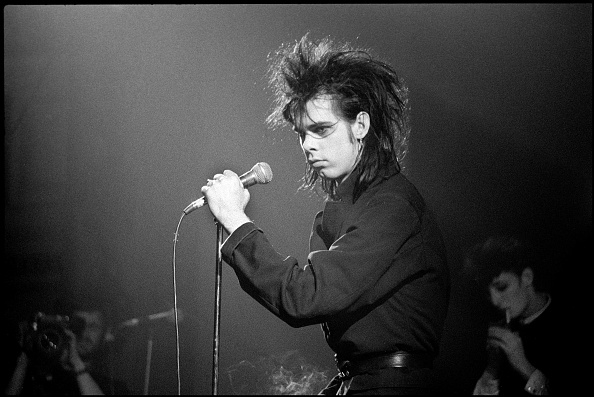 Nick Cave established himself as the wild front man of The Birthday Party (Picture: David Corio/Redferns)

Shortly after his father’s death, Cave’s music career started to take off with his riotous new band, The Birthday Party, a punk collective famed for their uncontrolled, aggressive performances. Bringing The Birthday Party to Britain in 1980, Cave found himself lost in the grips of a heroin addiction.

His dependence on the Class A drug somewhat fuelled the break-up of the band in 1983, with his bandmates not particularly complimentary about their former frontman.

‘The consensus was that he was a vaguely psychotic drunken f****d-up drug addict, deceiving himself with vain delusions of glory,’ they told a journalist at the time.

It was a particularly tumultuous time for Cave, who was violently defensive about his habit – and more than aware of the harm it was doing to him.

In a now infamous interview with NME in 1988, he told a reporter: ‘I can’t help it that I take this particular drug. I mean, it is that evil and insidious and it does worm its way into your life and it’s very difficult to get it out again. Never have I spoken about it in any other way,’ before directly trying to attack the interviewer in question. 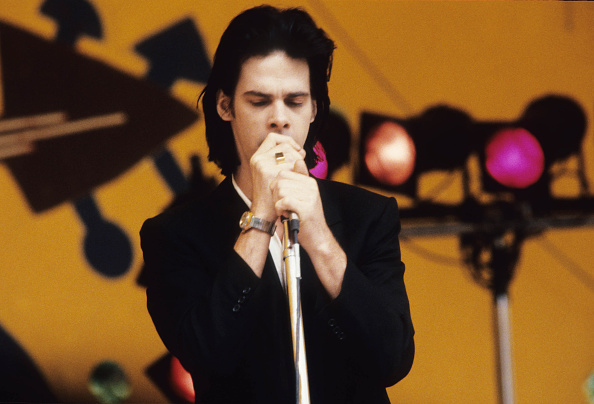 But the mid 1990s served as a turning point for Cave, where he signed up to Narcotics Anonymous meetings to avoid a jail sentence.

While he was thought to be resistant to the idea at first, the singer has since credited the programme for saving him.

‘Narcotics Anonymous was this thing, steady and ever-present, that just never ever went away, a place I could come crawling back to, again and again, year after year, and be accepted and welcomed, welcomed back in,’ Cave wrote in his newsletter. ‘In this respect I owe Narcotics Anonymous my life. When no one else would have me, Narcotics Anonymous always would.’

While his music with his outfit Nick Cave and the Bad Seeds were still the roaring breaths of a man tackling high concepts, emotions and feelings, he was happily settled with model Susie Bick, who he met in 1997 and married two years later. Twin sons Arthur and Earl were born in 2000, and they all lived an eccentric yet idyllic existence on a houseboat, before moving to the outskirts of Brighton.

Cave spoke lovingly, if not slightly crudely, of family life. Speaking of Bick, who founded fashion brand The Vampire’s Wife in 2014, Cave described her as ‘the most beautiful woman I had ever seen in my life. Even elbow-deep in baby s*** she looks pretty good to me.’ 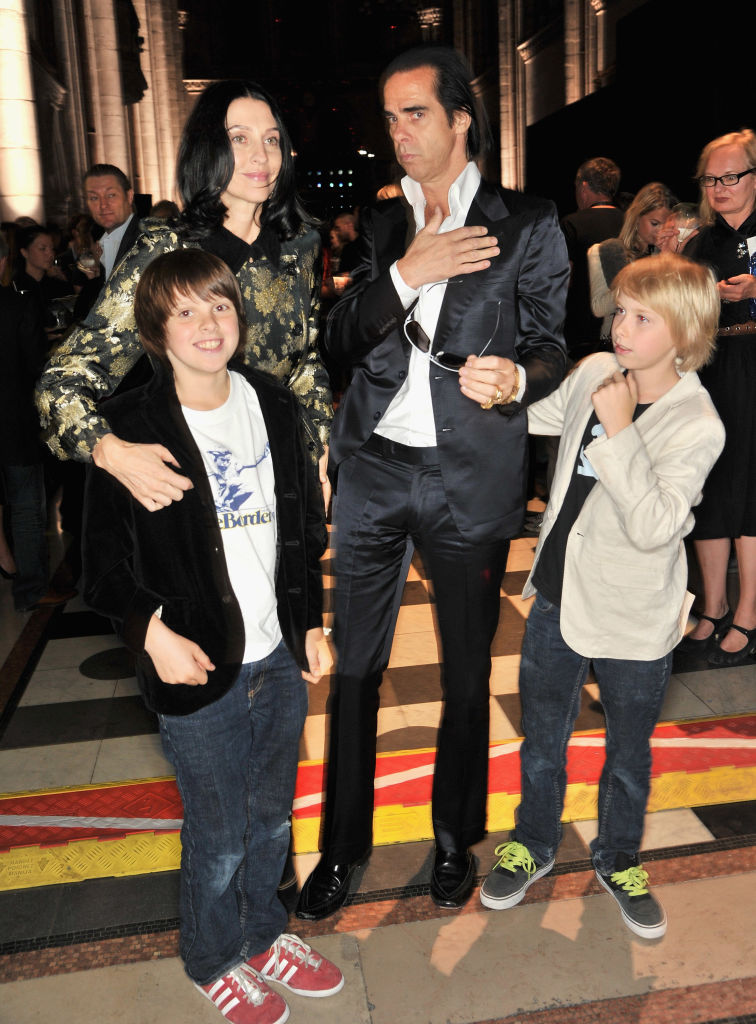 As a father, Cave has always taken a more hands-off approach to his children, explaining in a 2015 interview: ‘I’m pretty easy going about things. I just do what I’m supposed to do. I do a lot of it. I really like spending time with my kids, whether I’m a benefit to them? You know whether I’m moving them in the right direction or… I’m not so concerned with that.’

This picture of domestic bliss for a former punk rocker was shattered unexpectedly in 2015, when son Arthur fell 60ft from a cliff after experimenting with hallucinogenic drug, LSD. Onlookers saw the 15-year-old staggering briefly before he was found dead.

Cave worked through the excruciating pain of loss by channelling his grief into music, with Skeleton Tree and Ghosteen having been hugely influenced by Arthur’s tragic death. 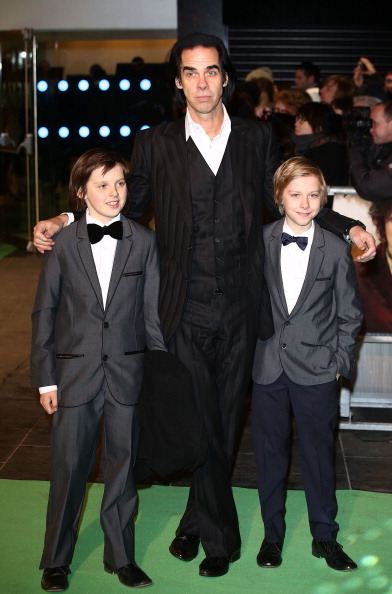 In the aftermath of the tragedy, Cave and his family decided to move to Los Angeles in a bid to have a fresh start.

‘Brighton had just become too sad,’ he explained in his newsletter, before writing that they chose to move back to the UK as the grief seemed to just chase them wherever they moved.

‘Part of my own experience of grief has been a kind of forgetting – where significant portions of my life following Arthur’s death seem largely lost to me, or rather so misremembered that they have little relation to the truth.’

With the seismic task of coping with the grief of losing Arthur, Cave had spoken more recently of his family trying to adjust to life. 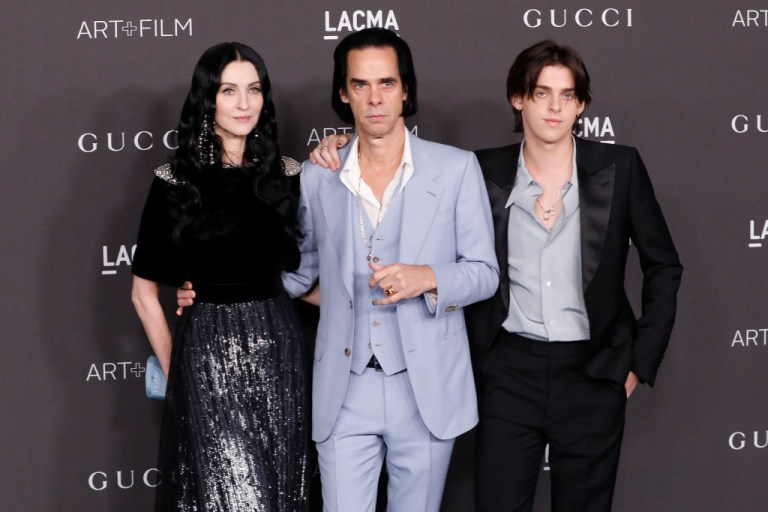 The Cave family are now working through the complicated process of grief (Picture: Taylor Hill/Getty Images)

‘Regardless of where we lived, we just took our sadness with us,’ he said. ‘These days, though, we spend much of our time in London, in a tiny, secret, pink house, where we are mostly happy.’

Grief, like most strong emotions, is not linear – it can come in waves, says Touroni.

‘Time can help but there’s no specified timeframe when it comes to grief,’ she says. ‘People process loss in different ways and can go through the stages of grief differently too.

‘Grief can sometimes be more of a wave that comes and goes. Certain triggers can bring back the feelings of loss. It can be a process that goes on for many years, although depending on the closeness of the relationship, it’s likely to be more intense in the first few years.

‘For people who have a tendency to be more detached, this process may happen much later for them.’

But to grieve and to have lost those we feel most dearly about is symptomatic of the strength of one’s love, with Cave succinctly explaining the importance of the process to a fan who had also lost a loved one.

‘It seems to me that if we love, we grieve. Grief is the terrible reminder of the depths of our love and, like love, grief is non-negotiable.’