Nick Cannon clearly isn’t done having children if his recent interview with Andy Cohen is anything to go by.

The father-of-seven got candid about his ‘baby mamas’ during Wednesday’s episode of his eponymous daytime show, Nick Cannon.

Playing Andy’s popular Plead the Fifth game, the 41-year-old found himself put on the hot seat about his favorite baby mother.

As Nick mulled over his answer to the cheeky question, the audience begins to chant, ‘Plead the fifth.’

He then stated: ‘I got this. I ain’t scared of you, Andy. My favorite baby mama is the next one,’

Andy, 53, couldn’t hide his surprise as he laughed in response: ‘I don’t think that was a good answer… see this is why he is Nick Cannon. The next one.’

Nick went on to say that one of his ‘past baby mamas could still be my next one. That’s all I’m saying!’

The Wild ‘n Out host has welcomed four children in less than a year with DJ Abby De La Rose giving birth to his twin sons, Zion and Zillion, in June, and model Alyssa Scott giving birth to their son Zen just days later. 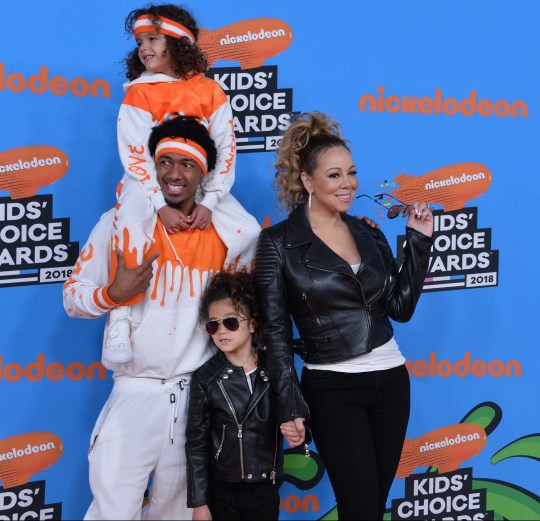 The DJ and entrepreneur is also father to twins Moroccan and Monroe, 10, who he shares with ex-wife Mariah Carey, and daughter Powerful Queen, nine months, and son Golden, four, with ex Brittany Bell.

The comedian appeared to hint that he’s keen for a musician to be his next baby mama after he jokingly responded to rapper Saweetie’s announcement that she wants to have ‘some babies’.

The My Type hitmaker randomly tweeted on Sunday, ‘I want some babies,’ with a full stop and no further explanation.

Her comments section was instantly flooded with all kinds of responses and one of them came from Nick.

Within minutes, The Masked Singer host had retweeted the post and sent his reply using emoji only, dropping the rolling on the floor laughing, ninja, thinking face and the man raising one hand emoji under her tweet.

Saweetie, 28, didn’t reply to Nick’s playful – offer but she did share the same tweet with a shrugging emoji to her Instagram stories so it’s all one big mystery.