Peyton Manning is ready for the Super Bowl, which is still on the calendar thanks to the NFL’s safety protocols amid the ongoing pandemic.

“The NFL, the teams and the players deserve a lot of credit for all of the work they have put in to ensuring this season could be played,” Manning, 44, exclusively told Us Weekly. “As a fan, it was great to see the action out there, and I’m looking forward to watching the remainder of this year.”

The former quarterback played in the NFL for 18 seasons before retiring in March 2016. “There’s something about 18 years. 18 is a good number, and today I retire from professional football,” he told reporters at Denver Broncos headquarters at the time. “I fought a good fight. I finished my football race, and after 18 years, it’s time. God bless all of you, and God bless football.” 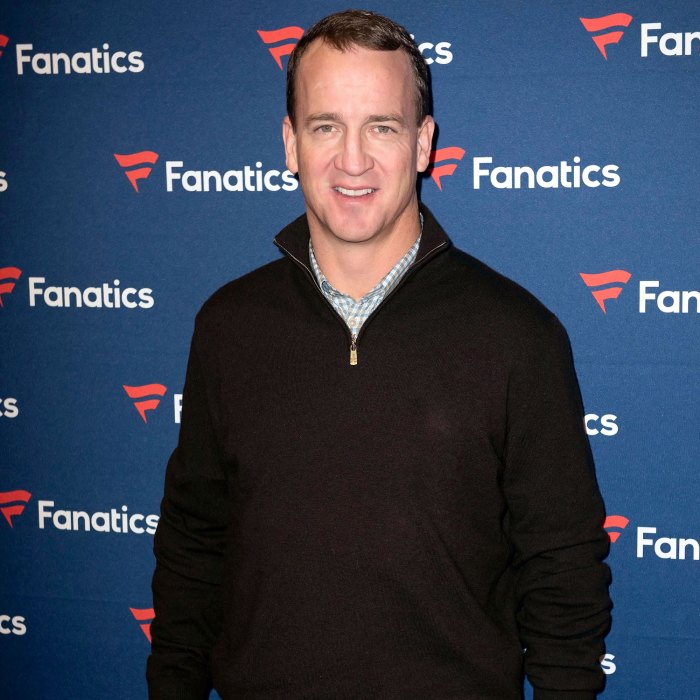 His brother, Eli Manning, 40, would go on to hang up his New York Giants jersey in January 2020.

“Growing up I think every year the majority of our gifts were football or sports-related: a new helmet, jersey, football,” Peyton told Us. “And we were always out there playing in the backyard with my Dad [Archie Manning] getting out his video camera to tape us. Football has been a constant throughout my life and continues to be a great family activity and joy.”

Stars at the Super Bowl Through the Years

Peyton has kept busy since walking off the field, with various business and sponsorship deals, in addition to teaming with ESPN+ for Peyton’s Places, a 30-episode documentary series that covers 100 years of football history. More recently, he collaborated with Tide. Due to COVID precautions, NFL players have not been allowed to exchange jerseys on the field after games like in prior years. To help, Tide has facilitated the jersey swap — with the help of Peyton and over 300 NFL players — since week 1 of the 2020 season. 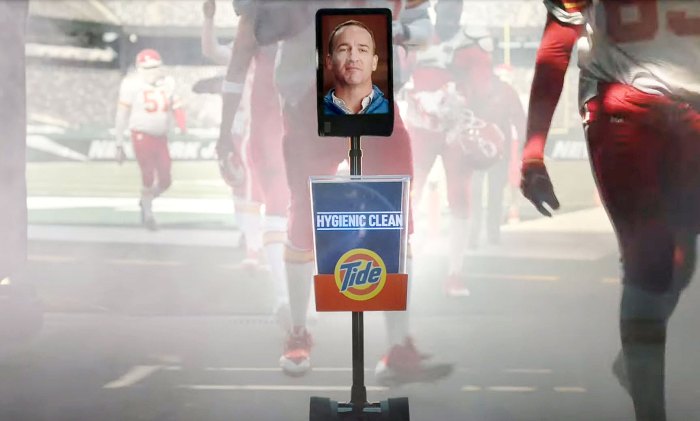 “The swapping of jerseys has been a great NFL tradition and has connected players across teams for many years. Tide’s team came up with something really clever to ensure that tradition could continue this year in a safe manner. Using their new deep cleaning detergent, Tide Hygienic Clean Heavy Duty 10x, each swapped jersey is washed before it is sent to an opponent of the player’s choice,” Peyton explained to Us. “The jerseys they receive this year will have unique stories attached to them. Mark Ingram, Quinnen Williams and I certainly have fun stories from filming the commercial series on the jersey swaps, and hopefully, the fans had fun watching that play out as well.”

“The league, clubs, coaches, Players Association committed to a tremendous medically-led collaborative effort to create a safe work environment that maintained a level of acceptable equity,” he told the Associated Press. “Protocols were diligently developed and modified based on virus identification, isolation, containment that allowed the flexibility to adjust schedules when necessary, while at the same time affording clubs and players autonomy in a non-bubble environment. These efforts, still ongoing, by all the stakeholders demonstrates the power of teamwork and sacrifice to achieve a season in unprecedented times.”