It’s a London tradition, but since 2017 the capital has been without the familiar bongs of Big Ben when welcoming in a new year.

The landmark has been closed for four years for maintenance, only ringing on a few select occasions since.

However, this will be the first time since then that the large bell, housed in Elizabeth Tower, will chime to signify the transition from December 31 to January 1.

But where will you be able to watch the bongs on TV at midnight tonight?

How can I watch the fireworks and Big Ben ring on New Year’s Eve?

As well as the ‘Big Bongs’, London’s New Year firework display will also go ahead after last year’s were cancelled, due to Covid concerns.

However, people are being encouraged to stay at home and enjoy them, as well as the chiming of Big Ben, to help prevent the spreading of the virus.

Luckily, there are options for where you can view the famous clock from the comfort of your own home. 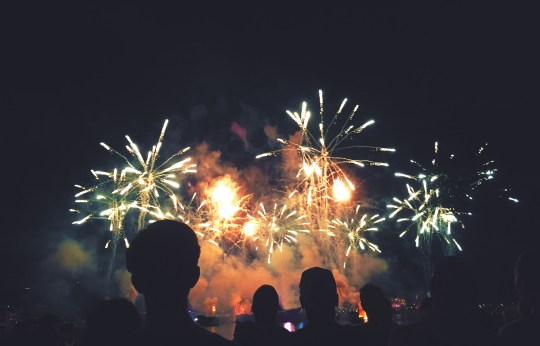 Fireworks AND the bongs of Big Ben – a touch of normality (Picture: Getty Images/iStockphoto)

You can tune in to BBC One at 12am for Happy New Year Live!, where you’ll be able to watch footage of Big Ben ringing in 2022, as well as the fireworks display.

Alternatively, you can tune in to ITV for ITV News at Ten at 11.45pm, where the day’s events will be recapped as well as a live broadcast of the bongs and colourful rockets from midnight.

Big Ben’s chimes were silenced on 21 August 2017 so that essential work to restore the tower could go ahead without risking damage to the hearing of the workers.

During this period, dials, hands, and lights were removed for restoration. However, at any one moment, at least one dial has been left intact and functioning in order to display the time.

Since its silencing and the installation of the scaffolding, it has only rung a few occasions, including on Remembrance Sunday and to signify the moment that the UK left the European Union.