Participants over the age of 18 can apply (Picture: Georges Gobet/AFP via Getty Images)

The course of true love never did run smooth.

While those wise words from William Shakespeare still run true today, one might be surprised to hear that in this case, it may refer to men who have larger-than-average penises.

A casting call has been released for an upcoming documentary, that’s been given the title ‘Too Large for Love’.

It will explore ‘how it affects all aspects of life including your sex life, and what help is out there for those in need’.

The casting call has been issued for people over the age of 18 of all ethnicities and sexualities, and they can apply to take part either through the Lost in TV website or by sending an email to a Spun Gold producer. 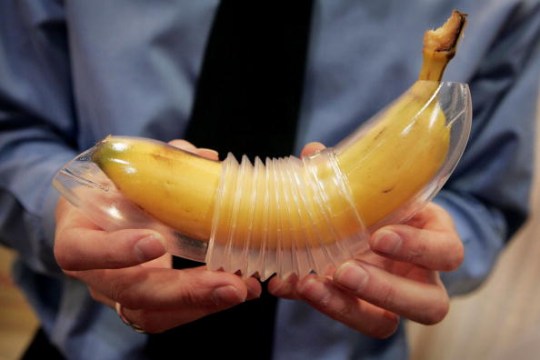 Men are being encouraged to apply to take part (Picture: Scott Olson/Getty Images)

According to those casting for the programme, a recent survey found that ‘nearly half of the male population wish they had a bigger penis’.

Research published in the Journal of Sex & Marital Therapy in 2019, which conducted an investigation with over a hundred male participants, found that when they were asked about the sixe of their penis, ‘many of the men embellished their responses’.

‘Only 26.9% of the sexually experienced men self-reported penis lengths of less than 6 inches, while 30.8% self-reported lengths of 7 inches or more,’ the researchers wrote, adding that their findings indicated ‘that men with a high level of social desirability were more likely than others to self-report having a large penis’.

In August 2020, the Channel 4 programme Me and My Penis was applauded by viewers for breaking taboos and showing an erection on TV in a UK first.

Artist and photographer Ajamu, who headed the documentary, told Metro.co.uk at the time: ‘Lots of countries actually celebrate the penis in terms of its fertility, its aliveness and energy.

‘But in this country the dick is still seen as pornographic and my work is there to reclaim the dick from that space.’