Netflix has plenty of festive treats in store (Picture: Netflix/Getty)

It’s that time of year again, when we’re hit in the face with a flurry of festive flicks from various streaming services and studios.

Netflix Christmas movies always arrive in a fair quantity, and 2021 is no exception.

With follow ups to past favourites, animation and rom-coms aplenty, let’s five in to this year’s offerings.

The Princess Switch 3: Romancing the Star

The crown jewel in Netflix’s original Christmas movie offering, or something like that seeing as it’s back for the third year in a row, Vanessa Hudgens is here again with another helping of festive doppelgänger drama.

When a priceless relic is stolen, Queen Margaret (Hudgens) and Princess Stacy (also Hudgens) enlist the help of Margaret’s cousin Fiona (Hudgens again), who teams with a man from her past to retrieve it, with romance and resulting in a very unexpected switch.

Basically, Hudgens now gets to be a blonde and sparkly dupe as well as a British (ish) one.

A Christmas catfishing rom-com, because who doesn’t love one of those apparently? The Vampire Diaries’ star Nina Dobrev stars as Californian journalist Natalie who, in a fit of she’s-clearly-going-to-regret-it spontaneity, flies over to the East Coast to surprise Josh, the perfect guy she’s matched with on a dating app.

Of course, Josh very much turns out to be the reserved Tag (Jimmi O. Yang), who then tries to help set up Natalie with the real Josh (Darren Barnet) by way of apology.

Father Christmas is Back

Four sisters re-unite for the Christmas holiday in a Yorkshire mansion, promising squabbling aplenty as misunderstandings uncover the long-buried secret that tore their family apart, so many years ago.

A Castle for Christmas

Two 80s icons are the main draw here, as Brooke Shields and Cary Elwes star opposite each other in this highland holiday romance.

To escape a scandal, a bestselling author (Shields) journeys to Scotland, where she falls in love with a castle – and faces off with the grumpy duke (Elwes, being Scottish. Ahem) who owns it.

The standard chalk and cheese fare.

A 30-minute animation from Wallace and Gromit maestros Aardman, Robin Robin has all the studio’s usual stop-motion charm, plus a voice cast including Gillian Anderson and Richard E Grant.

One for the young and young at heart, Robin Robin tells the story of a bird raised by mice, who begins to question where she belongs and sets off on a daring journey of self-discovery (involving the ‘hooman’ house).

Single All the Way

Netflix’s first gay Christmas rom-com, Single All the Way sees Ugly Betty’s Michael Urie as singleton Peter, who convinces his best friend Nick (Philemon Chambers) to join him for the holidays and pretend to his family that they’re now in a relationship.

But when Peter’s mother (Kathy Najimy) sets him up on a blind date with her handsome trainer James (Luke Macfarlane)— the plan goes awry (and you can guess exactly how).

Available to watch on Netflix from December 2. 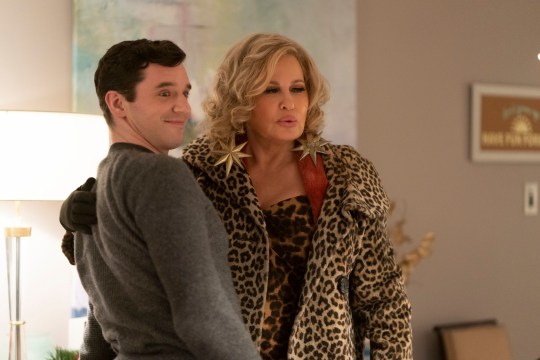 Stepping outside the exclusively US and British box, there are also plenty of upcoming international original offerings this yuletide season, from Nollywood movie A Naija Christmas (release TBC) to Polish family film David and the Elves (December 6), Mexican production Grumpy Christmas (December 22) and the Spanish-language 1000 Miles from Christmas, about a holiday-hating auditor (December 24).

When is Lindsay Lohan’s Christmas film out on Netflix? 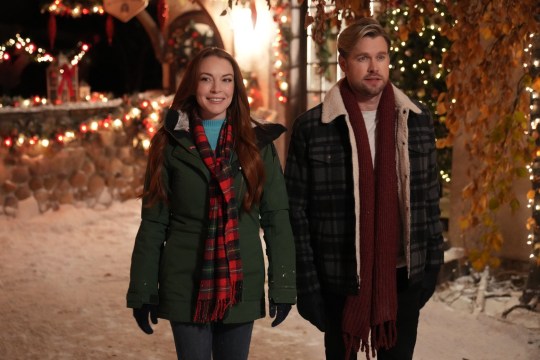 In news that had the internet aquiver back in May, Netflix announced that Mean Girls star Lindsay Lohan was back in the movies with a role in a festive flick for the platform.

Initially referred to tentatively as Christmas in Wonderland – although no formal announcement of the film’s name was ever made, and it is now listed as untitled on IMDb – Lohan plays a newly engaged and spoiled hotel heiress who finds herself in the care of a handsome, blue-collar lodge owner (Chord Overstreet) and his precocious daughter after getting total amnesia in a skiing accident.

Netflix shared a picture from the production of the movie in mid-November, showing Lohan and Glee actor Overstreet in an appropriate amount of festive tartan and surrounded by snow and fairy lights.

The film is expected to be released on Netflix at the end of 2022.