More to say. Naomie Olindo is asking for kindness following her breakup with Metul Shah, encouraging fans not to come after him following allegations of infidelity.

“I am so thankful for all of the support you guys are giving me right now,” the Southern Charm star, 28, wrote in a since-deleted Instagram Story on Tuesday, July 13. “Trust me I need it. This is incredibly embarrassing and I feel so lost, I just ask that you please stop sending/saying hateful things to Metul.”

Us Weekly reported on Monday, July 12, that the fashion designer and the doctor had called their relationship quits after three years. Their breakup came soon after they moved together from South Carolina to New York City.

After news of their split broke, Instagram account BestofBravo reported that Olindo discovered Shah was unfaithful following their move. As speculation that Olindo discovered text messages between Shah and another woman continued to make headlines, the former Bravolebrity’s agent Paul Desisto confirmed to People magazine that “Naomie and Metul are no longer together.” 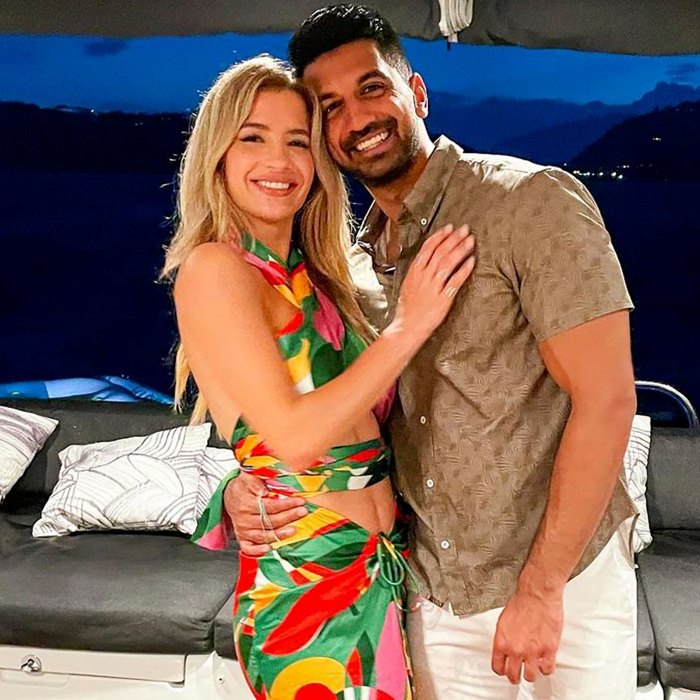 Later on Monday, Olindo seemed to confirm the cheating rumors with a tearful Instagram Story photo.

“Nothing will be worse than losing my dad but this is a close second. Betrayal is never easy for anyone and I’m just so sorry to anyone else that has stumbled across those terrible messages,” she wrote alongside the image. “I’m absolutely positive I will regret posting this tomorrow but so many of you have reached out saying you’re feeling a similar pain. I’m so so sorry.”

In her follow-up Story on Tuesday, Olindo noted that she has no plans to get back together with her ex. Still, she doesn’t think Shah deserves the hate he’s receiving online.

“I have self respect and I’ll not be getting back together with him, but he is also in a terrible place dealing with the consequences of his actions,” she wrote. “Please don’t be mean, he is human and this situation is punishment enough.”

Alongside her statement, Olindo shared a blurry photo that seemed to showcase her girlfriends surrounding her in bed. The reality star’s besties have stuck by her side throughout the breakup. On Monday, her pal Helen Hall fueled cheating speculations when she shared a video of her and Olindo jamming to Carrie Underwood’s “Before He Cheats.”