The 47-year-old and co-host Charlie Stayt, 60, took to our screens again this morning to update viewers with the latest news, sport and weather. 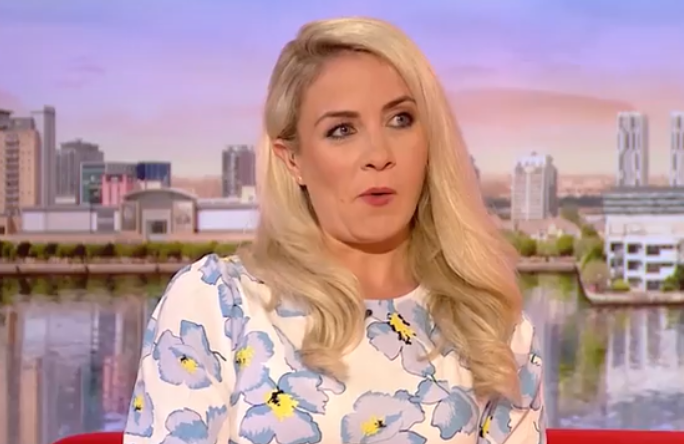 Holly Hamilton was confused by what her co-star asked

Holly, Charlie and Naga managed to see the funny side of things

At one point they were joined by co-star Holly, 35, on the red sofa.

Naga asked Holly: “Can you beat the cow?”

As Naga tried to contain her laughter, she said: “No, no, could you beat THE cow?” 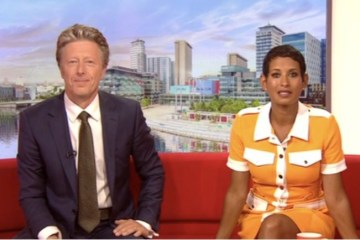 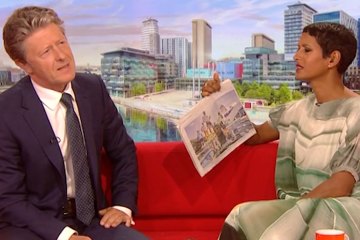 “You know what I mean,” she added.

Holly tried to get her head around the question and said: “In a race, or?”

As Naga giggled away to herself, Charlie chimed in: “I have no idea what you mean…”

Charlie replied: Are you talking about the triathlon. I don’t understand!”

It comes after Naga consoled weather presenter Simon King after his beloved cat passed away.

Simon shared the devastating news on Twitter that he had lost his furry friend.

She can relate to Simon as she lost her beloved pet cat Missy last month.

“She may have been small, but she was immense in stature.

“The sweetest cat I’ve ever loved. She’s left a massive hole in our hearts and home.”