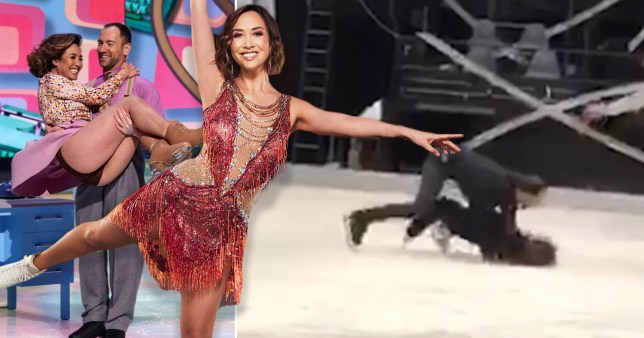 Myleene has needed physiotherapy from her time on Dancing On ICE (Picture: ITV)

Myleene Klass has compared this year’s ‘brutal’ Dancing On Ice series to The Hunger Games – and reckons the winner will be the last one standing.

This year’s cast have suffered countless injuries and illnesses over the course of the show’s run, with five celebrities having to pull out early as a result.

Myleene was the first officially eliminated contestant in the live shows, being beaten by Lady Leshurr in the skate-off.

But even her limited time in the rink left her sporting nasty injuries, and now Myleene is having physiotherapy after injuring her knee.

As a result, it’s probably no surprise she considers the series in line with The Hunger Games – the 2008 novel where chosen teenagers are placed into an arena to fight to the death.

Speaking in Hello! this week, Myleene said: ‘It was pretty brutal. 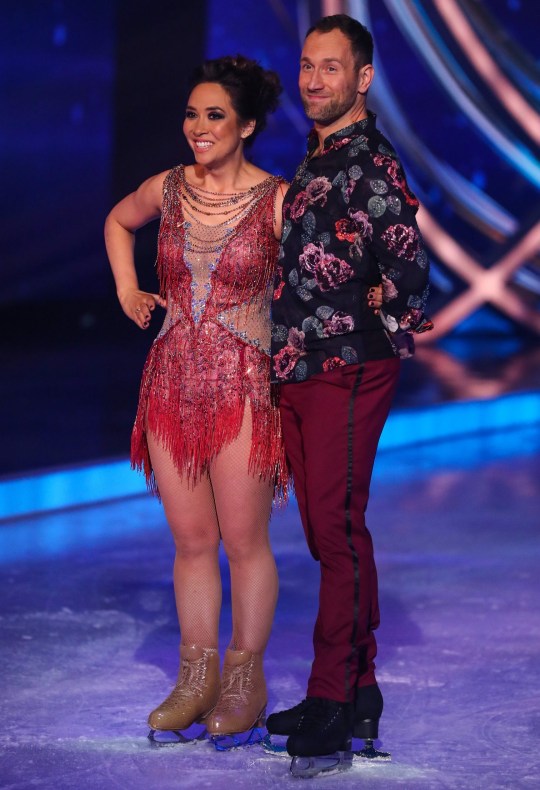 ‘I thought I was signing up to learn to dance on ice, but it was like The Hunger Games.’

‘The person I tip to win will be the last person standing,’ she added.

Explaining her own injuries, the classical performer and TV host said: ‘I hurt my knee and because it kept locking, ended up breaking my toe. 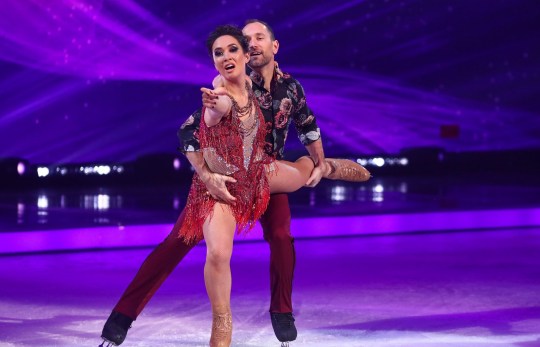 Myleene and Lukasz were eliminated in the first week (Picture: Rex)

‘Now I’m wearing a knee support and having physio.’

After taking a week off ‘to focus on the cast and crew’s safety and wellbeing’, Dancing On Ice is due to return this Sunday for a Movie Week.

But missing from the fold will be Jason Donovan, who became the latest competitor forced to withdraw after injuring his back.

While he was given a ‘bye’ week as per the show’s rules for Valentines, the two-week break hasn’t seen him improve enough, and doctors advised that he couldn’t continue.

The announcement was made on Monday by Jason on Facebook, who said: ‘I am devastated to announce that due to this ongoing back issue that occurred on Dancing on Ice about 10 days ago, and at the advice of my medical team in the show, unfortunately I can’t continue in the competition and therefore have to withdraw.

He ended with a tribute to pro partner Alex Schauman, and added: ‘She’s believed in me when at times I didn’t even believe in myself.’

Dancing On Ice continues Sunday at 6pm on ITV.