NOTHING holds Sir Ranulph Fiennes back – neither starvation, an emergency heart bypass nor Parkinson’s disease.

At the age of 78, the man described as the world’s greatest living explorer is plotting more daring expeditions, despite losing all the fingertips on his left hand and dealing with a tremor in his right one. 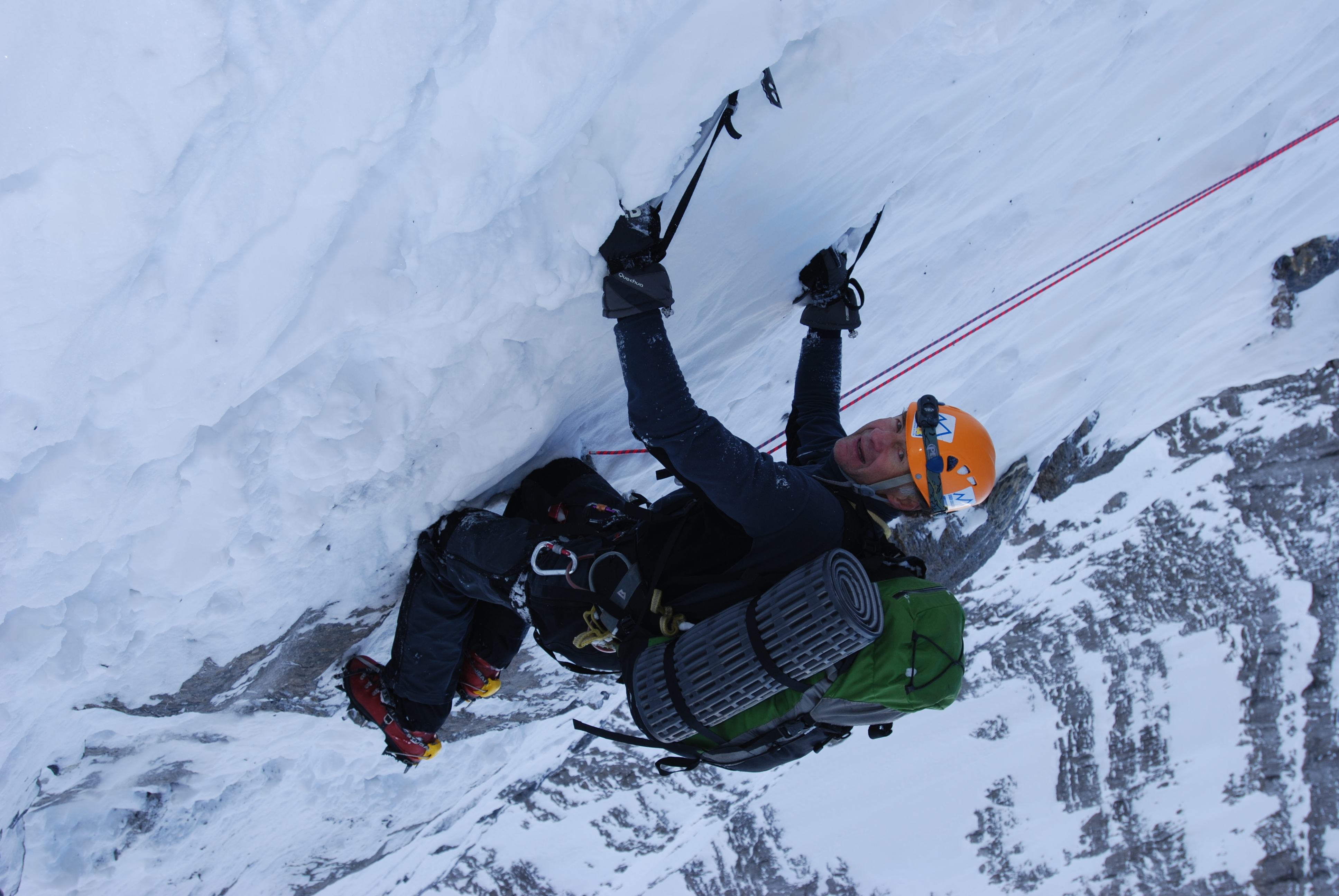 At the age of 78, Ranulph is still plotting more daring expeditionsCredit: � Ian Parnell

For most people Ranulph’s list of achievements would be plenty enough to retire on.

He led the only team to circumnavigate the Earth via both North and South Pole without flying and the first to cross the Antarctic continent unsupported.

Then in 2003, four months after recovering from a heart attack, the unstoppable endurance athlete completed seven marathons on seven different continents in seven days. 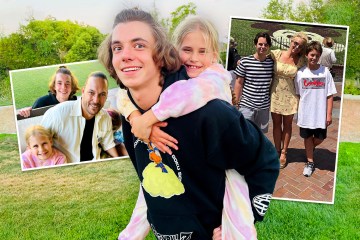 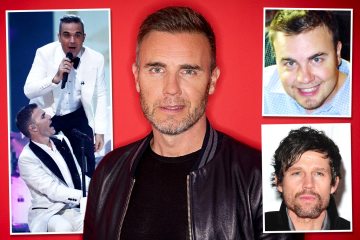 In an uncompromising life, he was thrown out of the SAS for planning to blow up a film set and was in the final running to take over from Sean Connery as James Bond.

A new documentary entitled Explorer about the brave baronet, who is a third cousin of actors Ralph and Joseph Fiennes, struggles to squeeze in all his adventures.

But there is little boastful about Ranulph when he meets The Sun to talk about his daring escapades.

With black humour, he laughs off the moment he came closest to death and when asked about his greatest achievement he lauds the women in his life instead.

Ranulph says: “I have had two very lucky, happy marriages and I am very proud of that.”

The explorer wed his second wife, Louise, in 2005, but in many ways Explorer is a tribute to his first, Ginny, who died from stomach cancer in 2004.

While you’d expect most other halves to be upset about their husband traversing the globe for years on end, his partner of 33 years both suggested and planned many of those perilous trips.

Ginny, who he’d known since childhood, even refused to send a helicopter to rescue Ranulph from the Arctic because it would have wrecked his 1982 journey that had to be taken by only land or sea.

Mission control believed that unless the explorer and his fellow team member Charlie Burton were airlifted out immediately, the weather would turn too treacherous.

Ginny had come up with the idea of the three-year expedition, which was nearing completion, and was operating the radio when the order came in.

Ranulph reveals: “Charlie and I thought we were in trouble. It looked like we were heading towards two people not making it and they sent an abort message.

“She sent a message back something like ‘thank you very much indeed, the air frequencies are difficult, I think you said something like proceed, so I will tell them to proceed.”

Stroud’s expertise was on how to survive on little, which was essential when they would be pulling their own supplies.

Ranulph smiles: “He weighed himself at the South Pole to see if he had enough weight to get the rest of the way off the ice.

“He came out of the tent having stripped off and said, ‘We are starving even more than we had hoped.’” 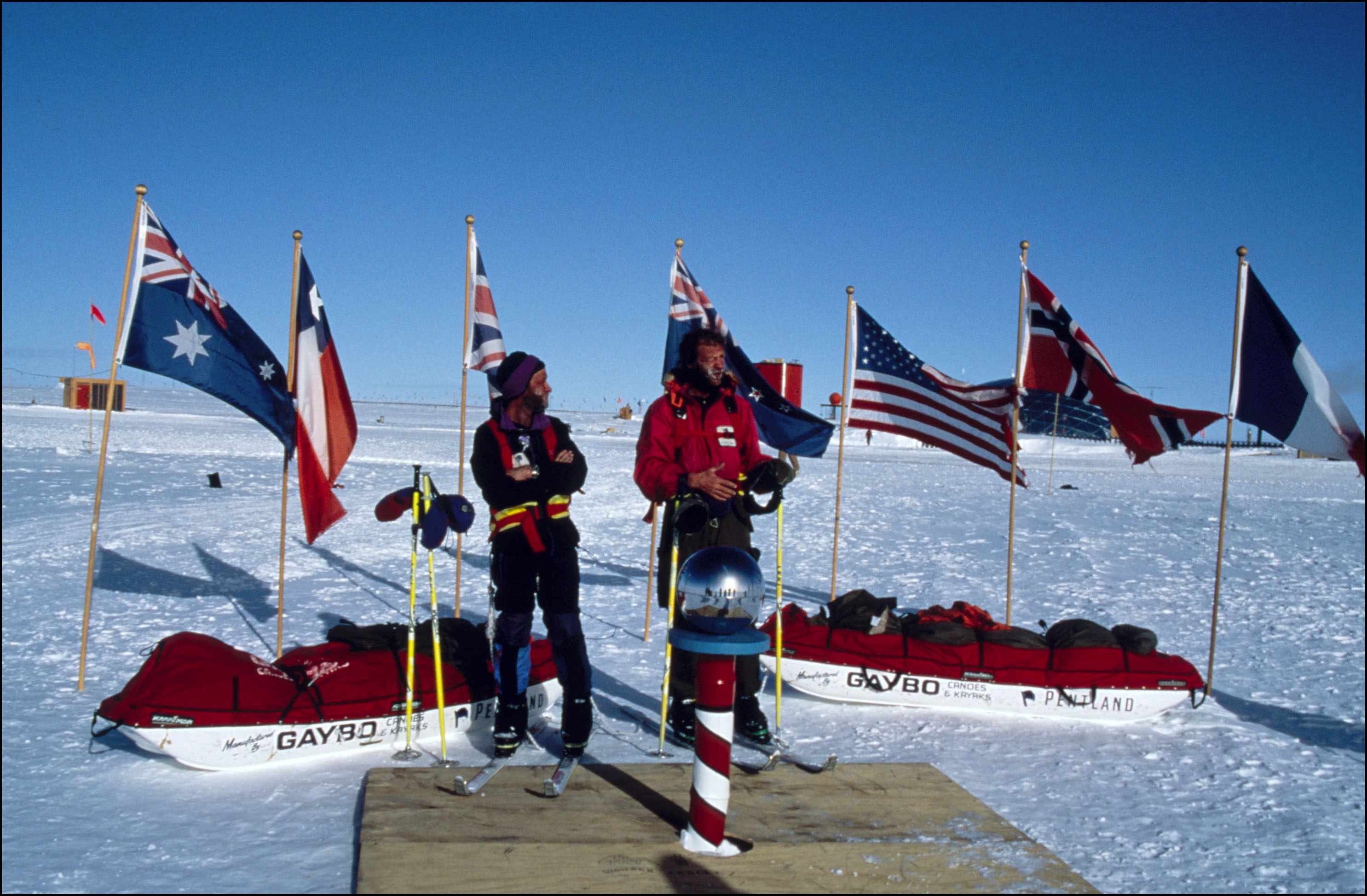 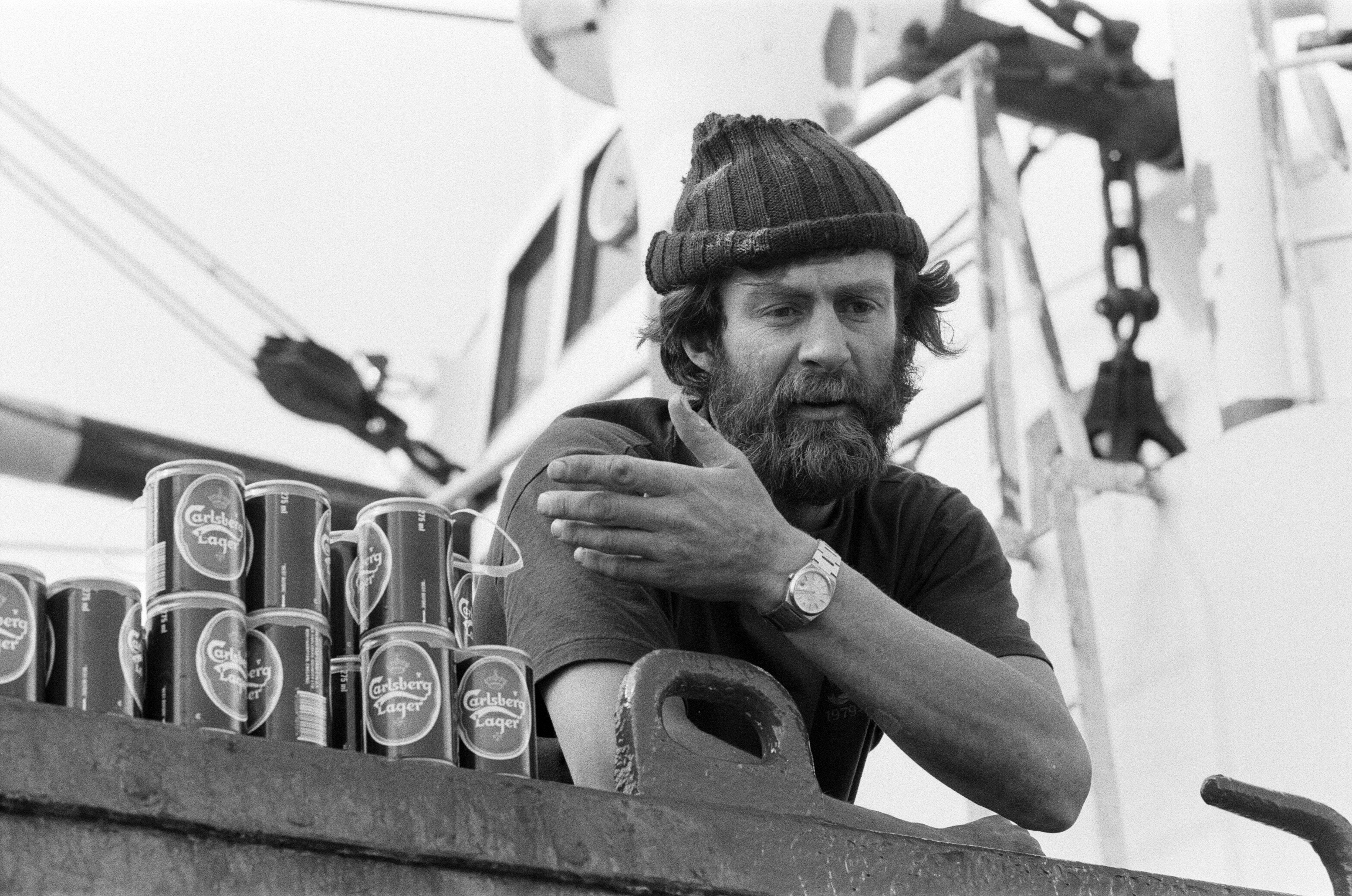 The hardy Brit concurs that his biggest successes were “probably the ones where it involves starving”.

An attempt in 2000 to reach the North Pole alone, though, ended in disaster when his sled plunged through weak ice and he suffered severe frostbite trying to pull it out of the freezing waters.

Rather than wait several months for an operation to amputate the extremities of his left hand, he opted with Ginny’s help to cut them off using a fretsaw in his shed in Devon.

He laughs: “I did not throw them away, they were part of me for over 60 years.”

Having survived everything the globe’s polar terrain could throw at him, Ranulph came closest to death in the most mundane circumstances.

Just after boarding a flight from Bristol to Edinburgh in June 2003, he suffered a massive heart attack and woke up to find he’d been on life support.

“I had been dead for three days and nights,” he says.

Looking back now, the adventurer is able to laugh it off, saying: “The main doctor couldn’t work out the cause. I was very very fit, hadn’t smoked for years.

“Then somebody said, yes but he flew by easyJet.” 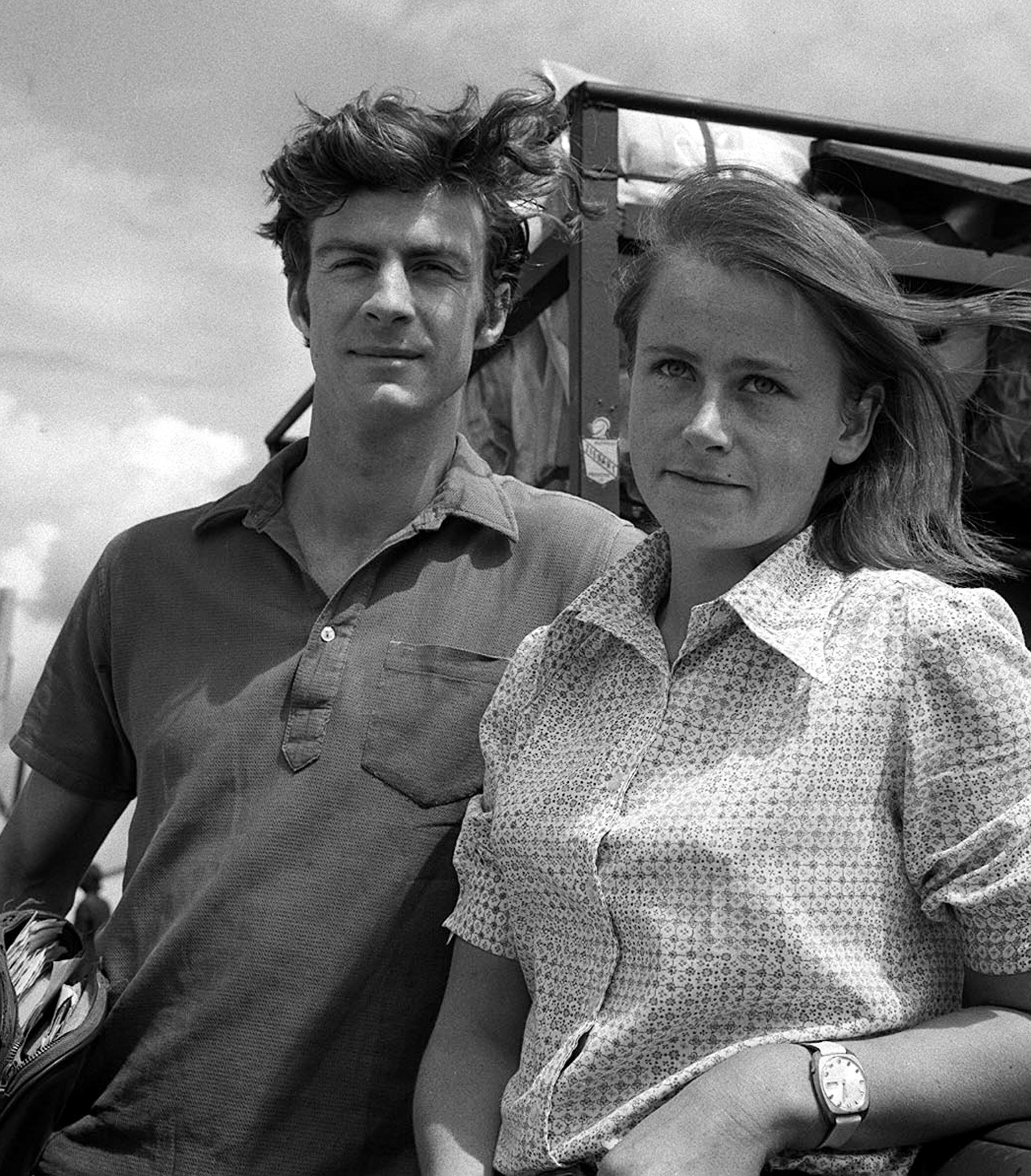 Ranulph and his first wife, Virginnia, known as GinnyCredit: PA 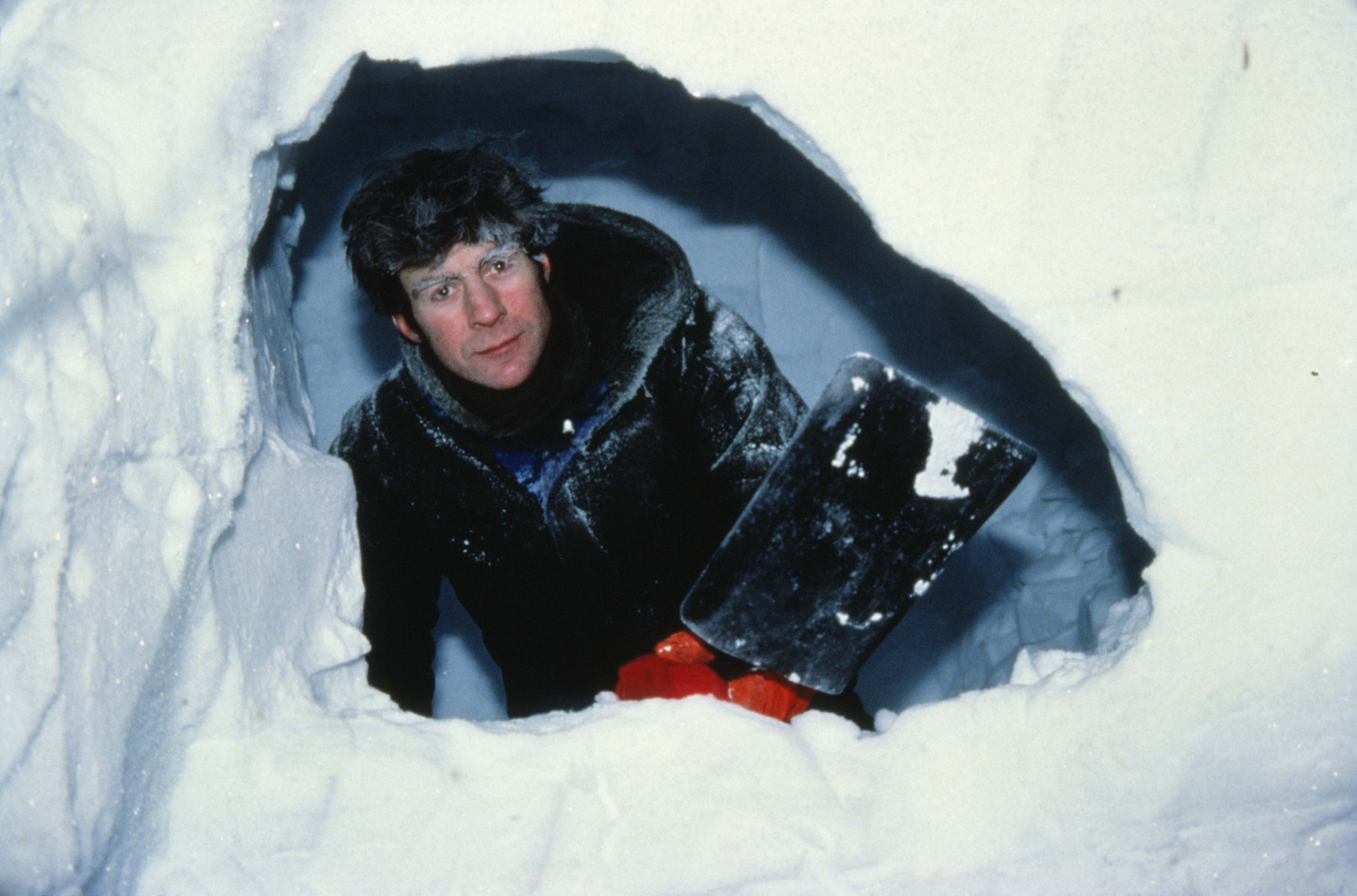 The explorer carves out an Antarctic snow hut in 1979Credit: Getty

Requiring a heart bypass should have scuppered his plans to complete seven marathons in seven days on seven continents in October of the same year.

But Ranulph says: “You don’t put it off when it has taken two years to organise and it has got to be started on a certain day, any mistake and it would collapse.”

When he returned from the torturous trip, he learned that Ginny had stomach cancer and she died just a few months later aged 56.

A couple of years on he married Louise Millington and together they had the child he’d been unable to have with Ginny.

He admits that the presence of 16-year-old Elizabeth in his life has made going away on expeditions more difficult, but he won’t stop.

Ranulph adds: “I don‘t think it makes me more scared of death because I don’t think we are going to die on an expedition but in terms of doing it, it’s not the perfect job to have.

“But I didn’t have a father and I had a wonderful mother and my wife is a magnificent mother to Elizabeth, so I found it was perfectly okay.”

‘I sleep in my Ford Mondeo’

Even though he inherited the baronetcy of his father, Lieutenant-Colonel Sir Ranulph Twisleton-Wykeham-Fiennes, who was killed in action during World War II, Ranulph is not a wealthy man.

Rather than pay for a hotel he often sleeps in his battered Ford Mondeo, which has 280,000 miles on the clock.

He explains: “Everybody except billionaires gets to an age when they aren’t making enough for what they want and I am no exception to that.”

Ranulph might have ended up being richer and more famous than his third cousin, Ralph, if his audition to become James Bond had gone better.

But he reckons his time as 007 would not have lasted.

Modestly, he says: “I might have got the sack soon after when they realised the mistake they made. I might not have done things they would have wanted.” 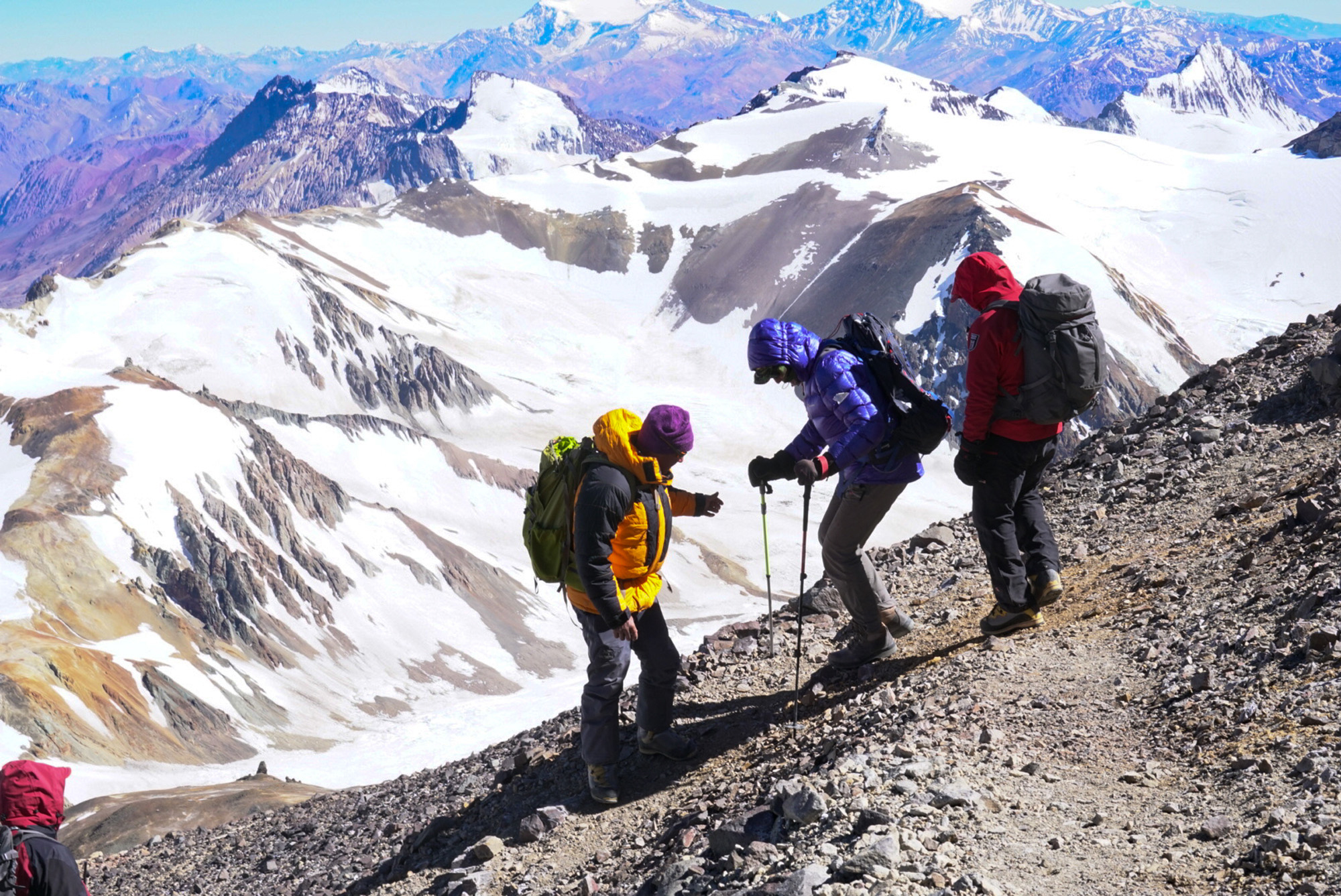 Ranulph making his way down from Aconcagua in the AndesCredit: PA:Press Association 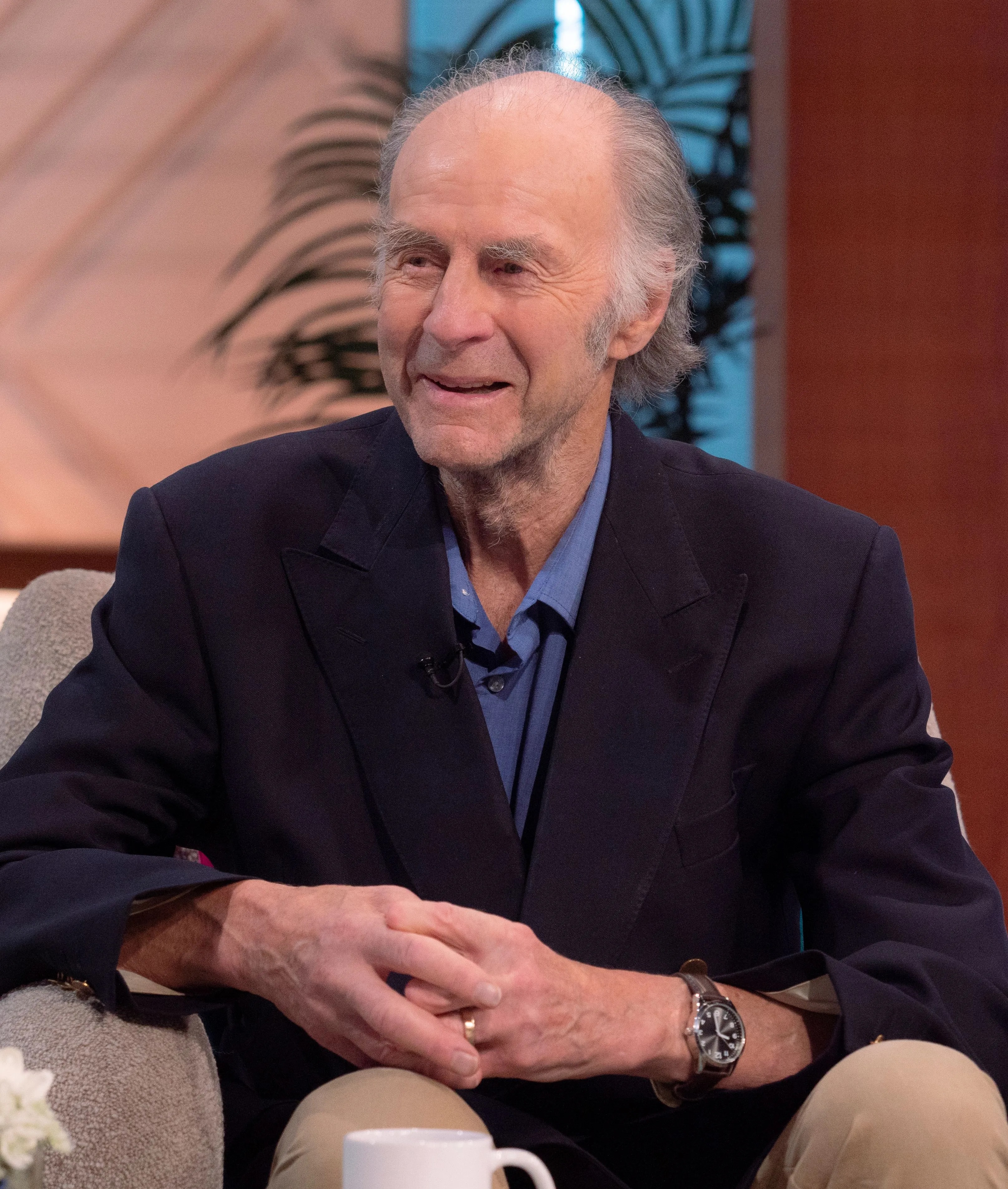 The 78-year-old, pictured this year, has released a new documentaryCredit: Rex

With money in short supply, retirement is not on the cards.

Trekking across extreme environments should be out in the wake of his Parkinson’s diagnosis three years ago, a symptom of which is poor balance. But it isn’t.

He says: “We are talking about more expeditions but we have gotten to the stage of getting sponsorship.”

During the interview there are a couple of moments when Ranulph has trouble remembering correct timelines and has the movie’s director, Matt Dyas, by his side to help out.

But he is pin sharp on many details and is clearly determined not to let the debilitating condition hold him back.

Ranulph has tried cold water swimming to hold off the effects of the disease and hasn’t given up hope of reducing its worst ravages.

He says: “I don’t know of anybody who has beaten Parkinson’s. I would like to beat it, but if it is one of those things, we have all got three score years and ten.”

The worldly wise adventurer is realistic enough about his own health to know that he can’t make any firm promises about completing anything.

Ranulph concludes: “If you don’t become honest about the geriatric situation, then you are pretty stupid.

“How far I can go one month might be different from the next month.”

But if any man can defy time and the odds, it is Sir Ranulph.

Explorer is available on Digital, Blu-ray and DVD now 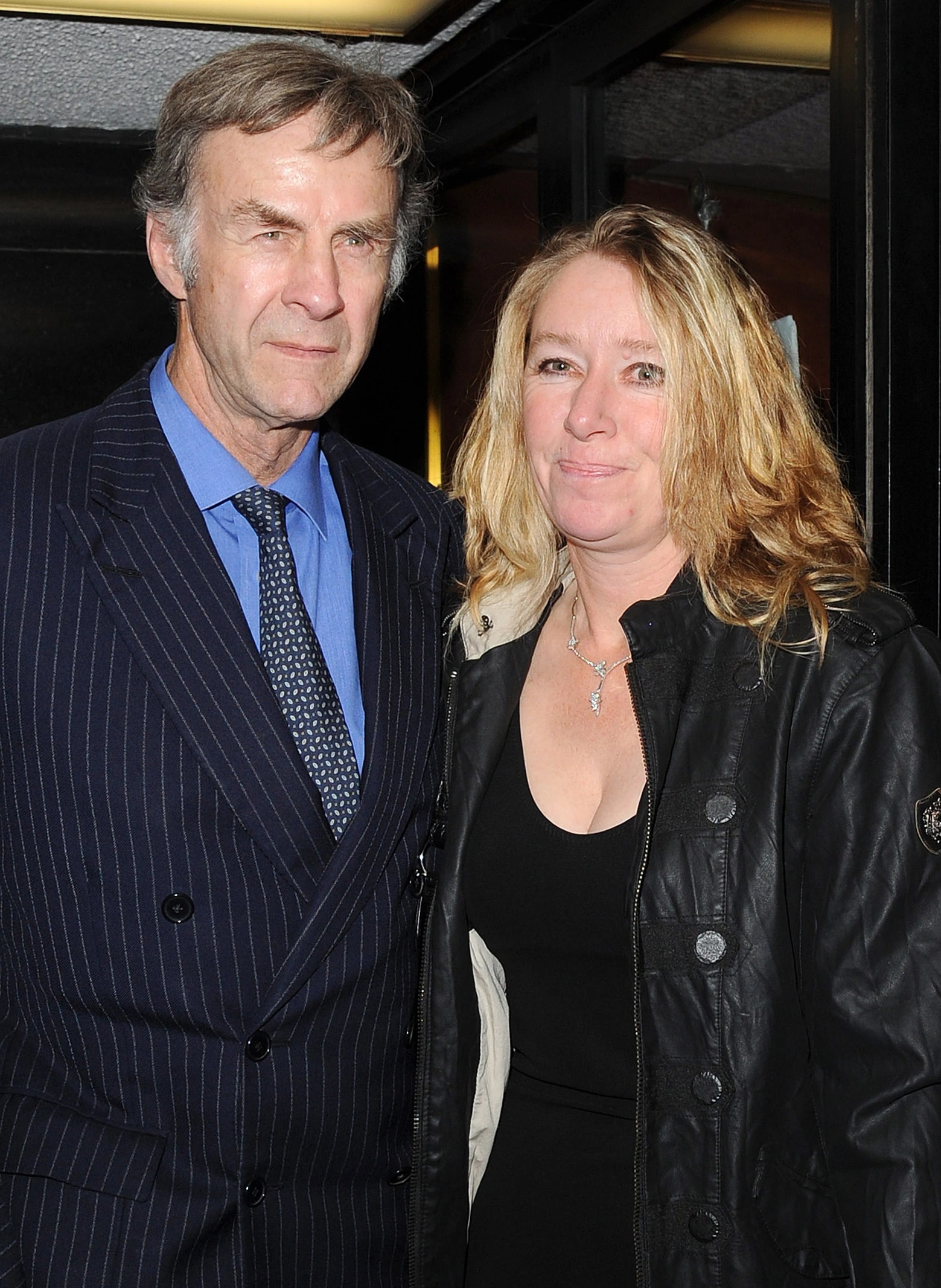 Ranulph and his wife, LouiseCredit: Rex 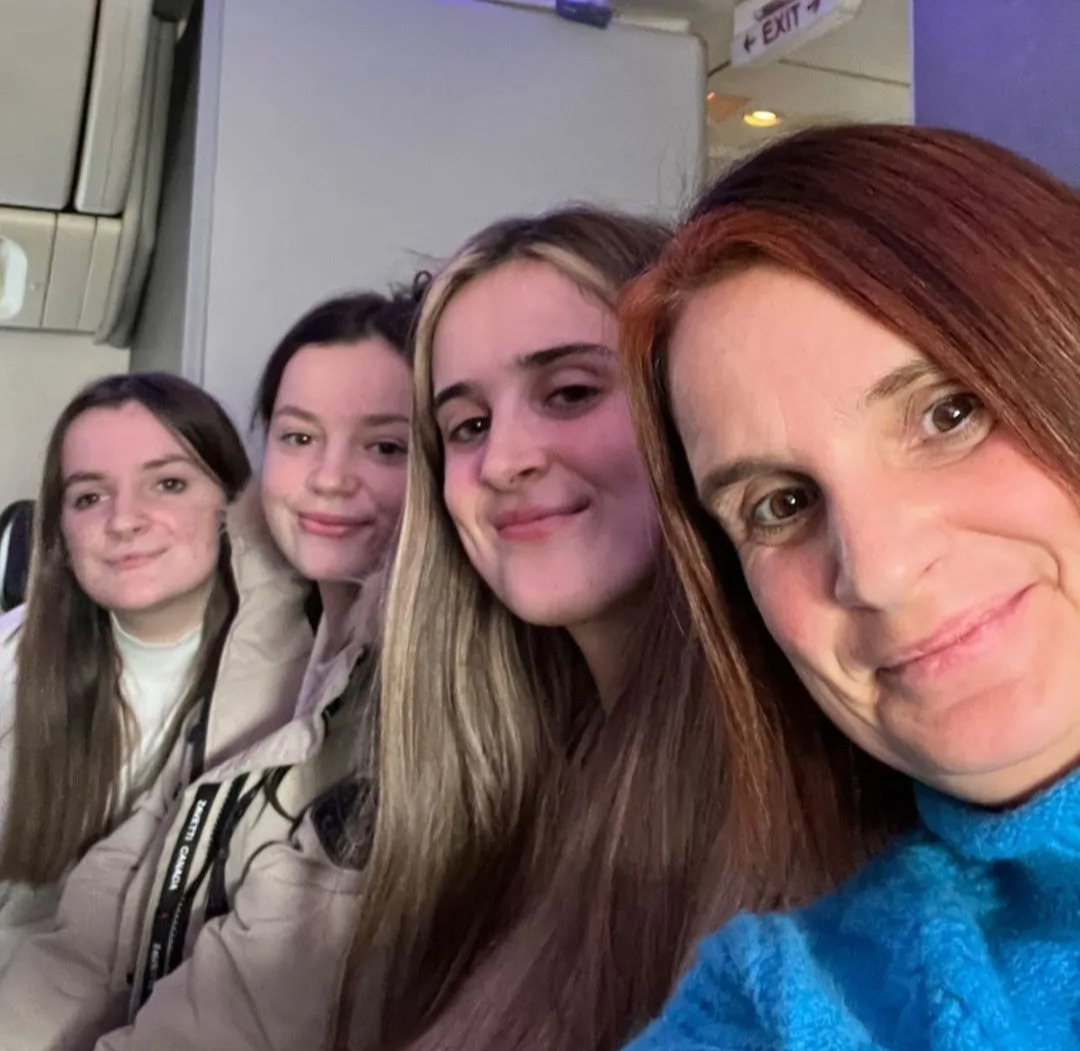 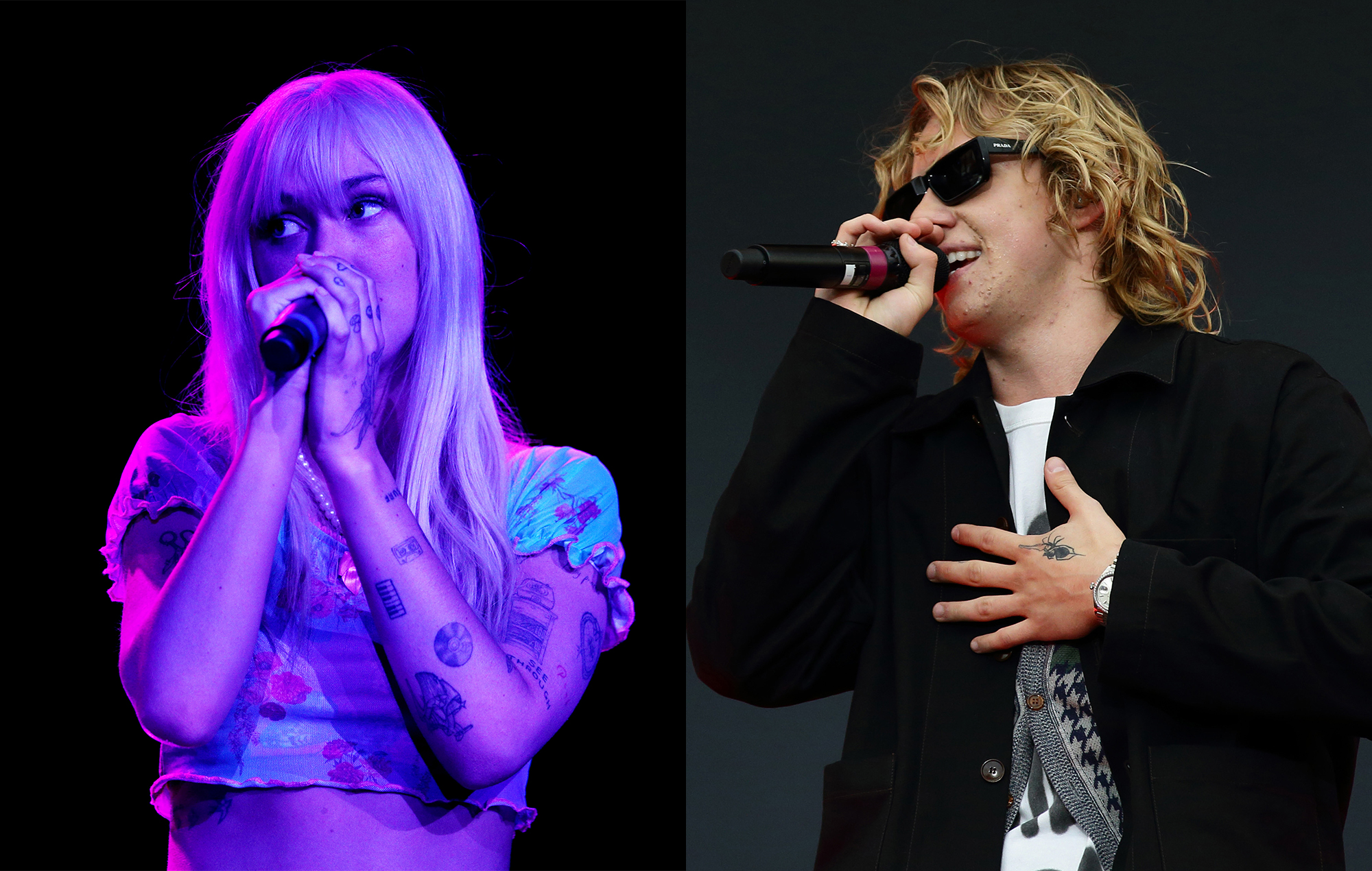