VALERIE Bacot’s eldest children had seen the violence and humiliation she had endured at the hands of their father.

And so, when she told them she had killed him, after nearly 30 years of his abuse, they did everything they could for her – including burying their dad’s body.

Valerie, who had been pimped out as a prostitute to clients by her husband, Daniel Polette, grabbed a pistol he kept in his car and shot him dead.

Afterwards, she told the eldest of their four children what she had done. Her two sons, Vincent, now 22, and Romain, 20, hugged her and, with the help of their sister’s boyfriend, helped Valerie bury the body in thick forest.

Valerie, who is on trial for murder in her native France and does not deny she killed Polette, said: “I packed the earth down like crazy with my hands. I was too afraid he would come out to kill us.”

On Tuesday, her sons argued her mother’s innocence.

While Vincent, now a father himself, said he hoped his mother’s case would lead to “more recognition for battered women and that people who attack women are punished. I hope my mother comes out of prison and sees my daughter grow up.”

Polette had subjected Valerie to his vile abuse since she was 12, when he was her stepfather.

At first, when he began a relationship with her mother Joëlle, and moved into their home, Valerie was happy to have a father figure in her life.

She said: “I finally felt like I could do what others did with their father, to form a normal family. When my mother was violent and mean to me, he defended me.” 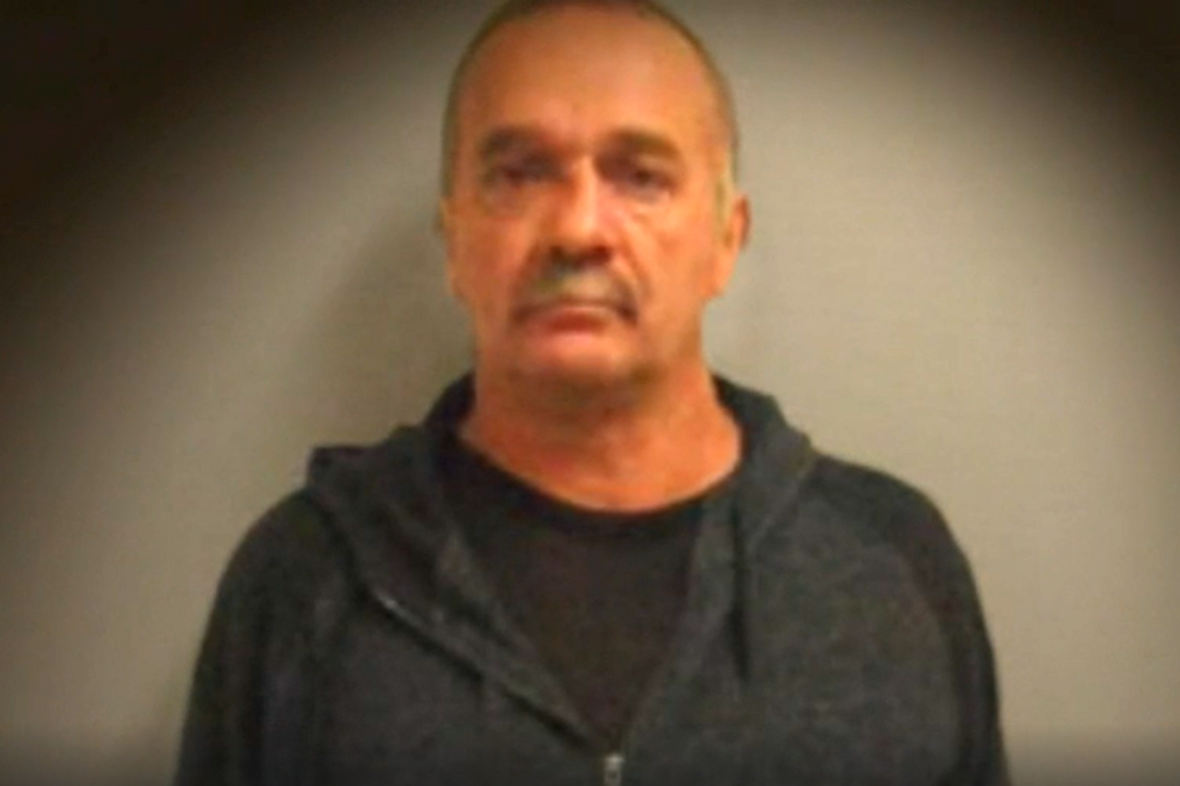 Daniel Polette, Valerie’s stepdad then husband, who she shot dead in 2016

But soon the lorry driver, who was 25 years older than Valerie, would follow the youngster into the bathroom and insist on showing her how to wash properly.

In her teenage diary, Valerie wrote that he had stolen her virginity and how she had suffered a carpet burn when he raped her on the floor.

In 1995, word got to the local authorities and he was arrested and convicted of sex offences against a minor.

The police tore the pages out of diary, and Valerie said her mother was more upset about Polette leaving than what had happened to her daughter.

Valerie said: “I told myself that I was the bad guy, I had done something wrong.”

Scenes at court as Valerie’s trial for murder started this weekCredit: AFP

Valerie could face life in prison if she is found guiltyCredit: AFP

Shockingly, he was released after just 33 months, and even worse, was allowed back to the family home.

Valerie said: “At first, I was happy that he came back. He told my mother that he wouldn’t start again. But he did.”

“Every day, when I came home from school, he would say to me after the snack, ‘Come on, go upstairs.’ I knew what that meant, I knew I had better obey.”

Pregnancy and setting up home with her abuser

When she fell pregnant at 17 in 1998, Valerie’s alcoholic mother chucked her out of their home.

Valerie said: “She knew everything, but didn’t say anything. She claimed I had threatened her with a knife to leave, while it was she who had kicked me out. “

Valerie and Polette moved in together in a neighbouring village. They married in 2008.

She said: “I wanted to keep my child. I had no one. Where could I go?

“I’ve always wanted to have children and have them have a father.”

The relationship, in which they had four children, was brutal.

The first time he hit her was because he said she hadn’t tidied up the baby’s toys.

Little things would set him off, like the sound of their children crying or if his coffee was too hot or too cold.

Polette, a heavy drinker, would beat her, breaking her nose at one point, and threaten to kill her.

Valerie, who describes their relationship as “extreme hell,” said: “At first he would slap me, later that became kicking, then punches and then choking.”

He once put a gun against her head and warned: “Next time, I will not miss you.'”

In France, 55 women have been killed by a current or former partner this yearCredit: Getty – Contributor

She was too afraid to tell the police so she sent her children to report Polette, but they were not believed.

Then he started forcing her to have sex with paying clients, advertising her services on flyers, and even giving up his job to pimp her out full time.

He forced Valerie to have sex with strangers in their Peugeot van which he had fitted out with a mattress and curtains.

Polette charged between £17 and £42 (20 to 50 Euros) a time and would keep an eye on proceedings through a small hole cut in cardboard covering the back window. Through that, he would also issue instructions.

What terrified Valerie was when Polette asked about their 14-year-old daughter, “How is she sexually?” It was the day before Valerie killed him.

She told the court in Chalonsur-Saone in Burgundy: “I wanted to save me and my children.”

“I was sure he was going to kill me”

On Sunday, March 13, 2016, she encountered a particularly brutal client.

She said: “I was afraid of the customer.”

Afterwards, she shot Polette, 61, with a single bullet to the back of the neck as she sat behind him in the van, using the gun he kept hidden in the vehicle.

She told Le Parisien magazine: “There was a loud noise; the flash, the smell.

“I got out of the car, opened the door, he fell. I thought only of saving myself because I was sure he was going to kill me.”

Women’s refuges MUST get funding 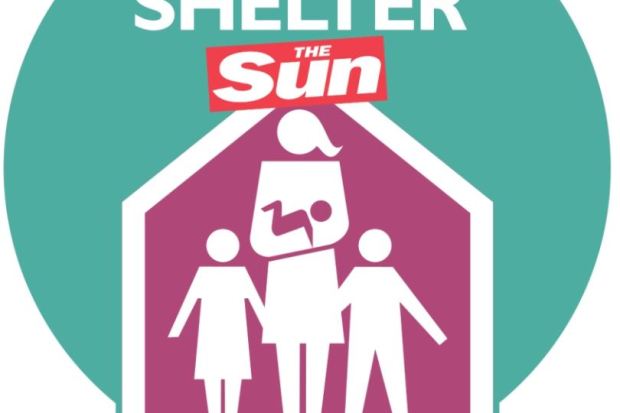 EARLIER this year, charities and campaigners welcomed the Domestic Abuse Act, a landmark piece of legislation to help the 2.4 million victims of abuse in the UK every year.

As part of it, local authorities will receive £125 million a year for accommodation for those fleeing abuse.

But Women’s Aid says this money MUST be given to specialist refuges, where survivors feel safe and supported. It must not fall into the hands of housing associations or potentially dodgy landlords.

The Sun – which has long pushed for more funding for refuges with our Give Me Shelter campaign – is backing the charity’s call.

Charlotte Kneer, CEO of Reigate and Banstead Women’s Aid and runs three refuges, said: “These brave women come to us having suffered horrific abuse and it is no exaggeration to say we are literally saving their lives.

“When it was announced the new law would offer funding for victims of domestic abuse and a guarantee that accommodation must be provided by councils, I was thrilled beyond words.

“Little did I know there was going to be no specific funding for refuges and I want to know why?

“We have been begging for years for funding, pleading for certainty for women and children who need our expert knowledge and support as they flee for freedom.

“Every day, women are being turned away from refuges and some are dying as a result.

“I would like Boris Johnson to spend a day in one of our refuges and for him to be the person who tells a woman who is making a desperate call for help that the refuge has no space and no money to support her.”

At first, the family pretended Polette had gone away, but in the end, it was the boyfriend’s mother who contacted police.

This year alone, 55 women have been killed by a current or former partner, in one of the highest rates of “femicide” in Europe.

In the UK, one woman every four days is killed by a current or former partner.

More than 550,000 people have signed a petition demanding the charges against her be dropped. Many have signalled their support on social media.

Her two eldest sons, and her daughter’s boyfriend, have already received a six-month suspended prison sentence in 2019 for helping her cover up the corpse

While on bail awaiting trial, Valerie wrote a book, Tout le Monde Le Savait (Everyone Knew) about what she went through, which became a bestseller when it was released last month, and 4.5 million viewers tuned in for a TV interview she gave.

Her lawyers, argue that “the extreme violence she suffered for 25 years and the fear her daughter would be next” pushed her to kill.

The same lawyers, Janine Bonaggiunta and Nathalie Tomasini, defended Jacqueline Sauvage – a French woman who was sentenced to ten years in prison for killing her abusive husband but won a presidential pardon in 2016.

Valerie believes she should be punished.

She said: “I deserve to be jailed for a very long time. I hope that I can be stronger than him and for once in my life win against him.”

The trial is due to conclude this week.

*If you or someone you know is experiencing domestic abuse, go to womensaid.org.uk for support.