Sarah and Richmond walked away with £50,000 on Tuesday night (Picture: Channel 4)

Murder Island came to its conclusion tonight, where remaining duo Sarah and Richmond finally presented their evidence to the prosecutor – with fantastic results.

The six-part series written by Ian Rankin quickly drew viewers in with its unique format, in which teams of amateur detectives were sent to a remote Scottish island to solve a fictional crime.

The victim was a woman by the name of Charly Hendricks who had recently moved to the island and quickly made a number of enemies, with viewers discovering she was having a romantic relationship with a local shopkeeper, Jean.

Tonight’s finale episode saw Sarah and Richmond grill the two prime suspects of Ishbel and her son Logan on whether they were responsible for the crime.

After a difficult period of questioning with the mother-and-son duo, they came to the conclusion it was Ishbel who carried out the murder after piecing together further evidence they’d discovered.

Sarah and Richmond later turned out to be correct, despite some of those watching convinced there would be a last-minute curveball, which meant they walked away with £50,000. 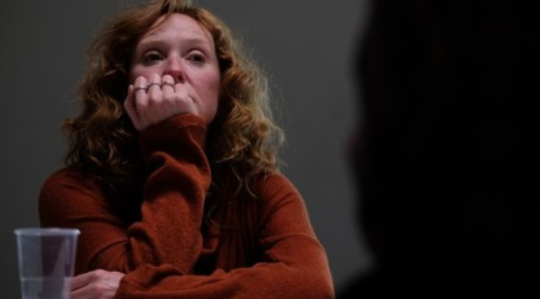 Ishbel was discovered as the murderer tonight (Picture: Channel 4)

So it’s not surprising fans were left with mixed reactions over the ending, with some loving it and others describing it as more ‘underwhelming.’

Many were positive about the show, with one writing on Twitter: ‘Absolutely loved #MurderIsland Well done Sarah and Richmond, I was so hoping you’d win, you were both excellent from start to finish.’

Another said: ‘Well done Sarah and Richmond solving the crime and winning £50k on #murderisland It’s been a gripping series @Channel4.’ 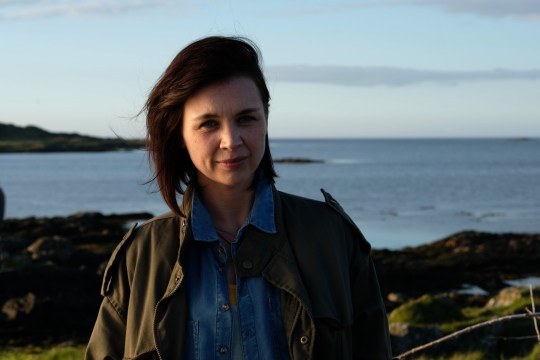 A woman called Charly Hendricks was killed in the fictional show (Picture: Channel 4)

‘I’m so stoked that they did it! I enjoyed this whole thing much more than I thought I would #murderisland.’ Agreed a third.

Another fan of the series echoed: ‘Well, that was an excellent few weeks television imo. Great ending #murderisland.’ 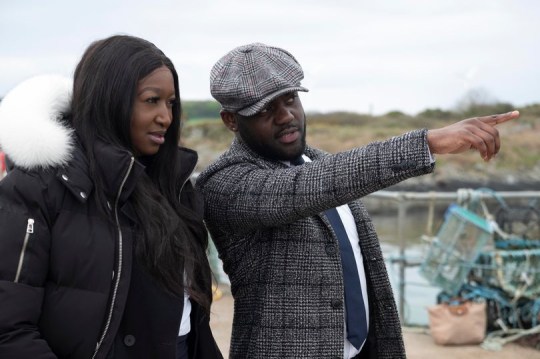 Sarah and Richmond went from strength to strength during the series (Picture: Channel 4)

However, others felt they had called the result much earlier on in the series, labelling the conclusion ‘anticlimactic.’

One said: ‘Well, that was a disappointing conclusion. Circumstantial evidence and a confession made without a lawyer present. #MurderIsland.’

‘How terribly anticlimactic… they essentially accused/guessed the killer halfway through the series. #murderisland, commented another.

Earlier on in the episode, couple Sarah and Richmond explained how much it would mean to them to win the prize money and crack the case.

They confessed they had previously been through a rocky stage in their relationship and wanted to use the money to help with their daughter’s future.

Sarah said: ‘It would be completely life-changing, the impact it would have on our lives and our families lives.’

It seemed touch and go on whether they would be able to stack all the evidence up against Ishbel after being able to eliminate Logan due to a newfound alibi, but they pulled it out the bag right at the end.

Richmond said after their success: ‘People who look like me are not meant to be solving cases, I’ve learnt so much in such a short space of time.’

Murder Island can be streamed in full on All 4 now.