Throughout the years, stars have gone all-out with their Halloween costumes to poke fun at pop culture and become totally unrecognizable. Scroll down for some of the most outrageous celebrity Halloween looks of all time! 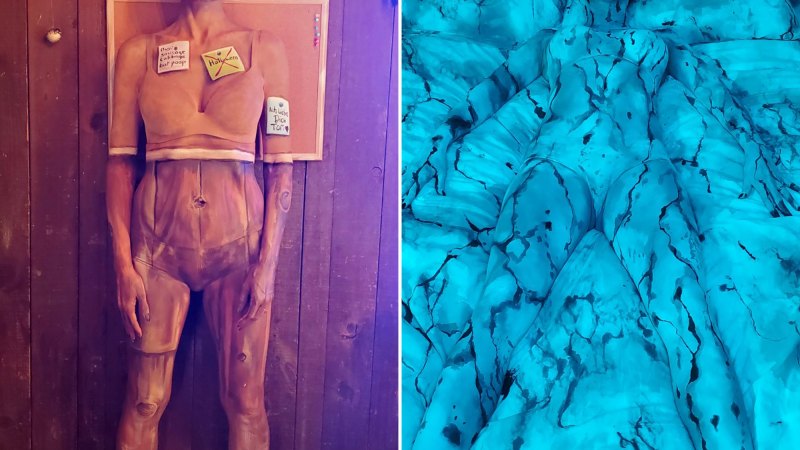 The model transformed into a wall and a bedsheet in a mini horror movie starring her husband, Tom Kaulitz, and her four children Leni, Henry, Johan and Lou. “Halloween is different this year, but that shouldn’t stop us from getting creative at home. Be safe, be spooky, and spend time with family,” the supermodel captioned an Instagram post on October 31, 2020. 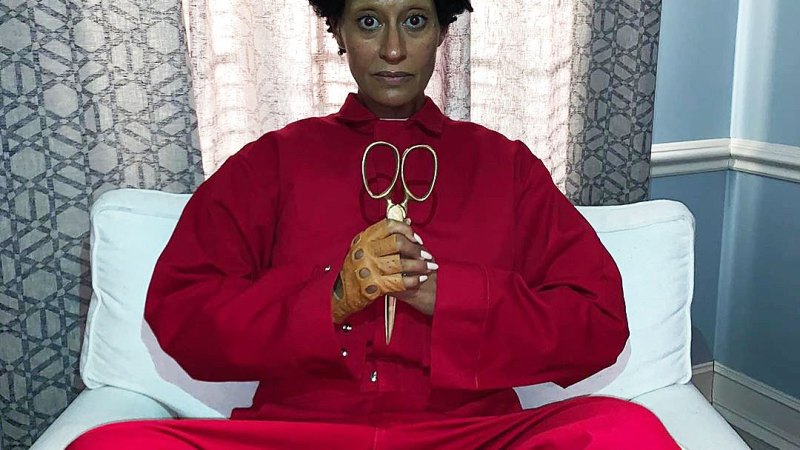 The Blackish star gave Lupita Nyong’o a chilling shoutout in this spot-on rendition of Red from Jordan Peele’s 2019 horror flick, Us. “This is horrifying,” commented fellow actress Issa Rae. 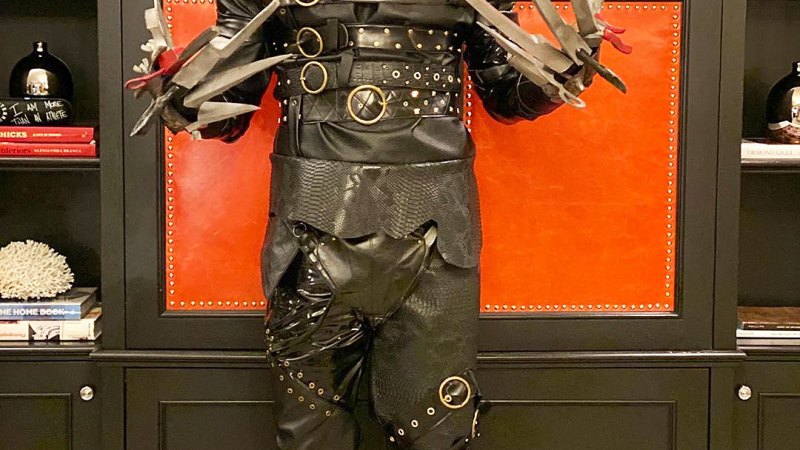 Is James the GOAT of Halloween? The NBA superstar channeled Johnny Depp in a razor-sharp “LeDward Scissorhands” costume.

You’ll float too. Lovato followed her complex Marie Antionette costume with this outrageously scary Pennywise outfit on October 26. The songstress teamed up with her mom, Dianna De La Garza, to recreate characters from the iconic Stephen King novel. 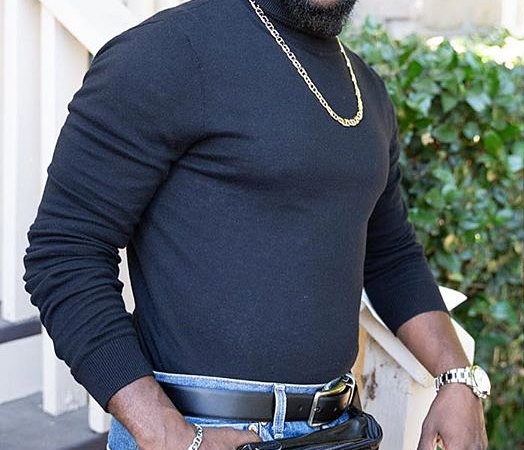 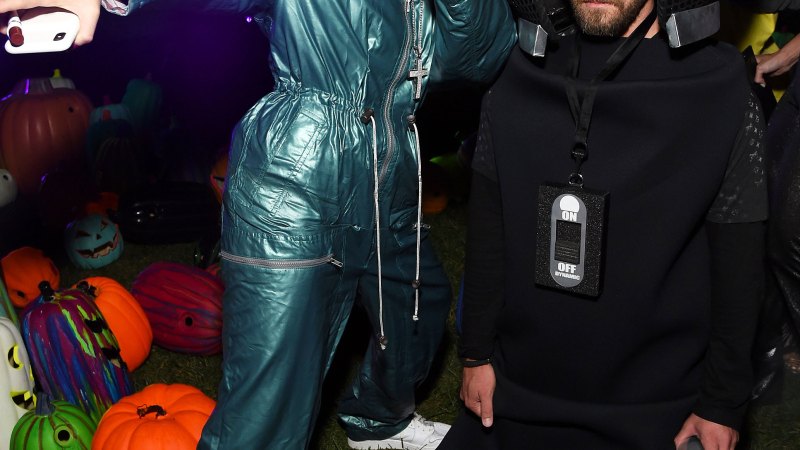 “It’s Gonna Be Me.” Biel trolled husband Justin Timberlake by reliving his ‘NSync glory days at the annual Casamigos Halloween party in Beverly Hills. JT joined in on the fun as a giant microphone.

Life in plastic! The couple dressed as Barbie and Ken in 2016, with their oldest daughter also dressed as a doll. The rapper was encased in a box with the words “Black Collector Edition” and “40th Anniversary Ken” written on it.

The 50 Shades of Grey star embodied a sexual innuendo in 2015, holding a blow dryer and dressing as the late Steve Jobs to be a “blow job.” 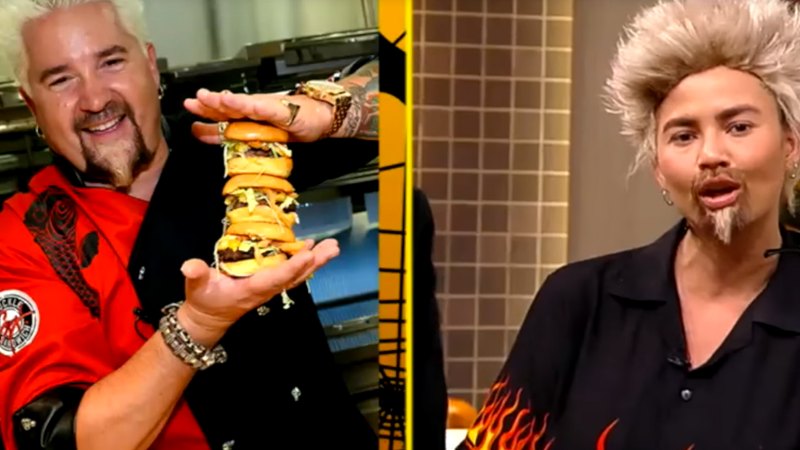 The talk-show host was so amused by Nicki Minaj’s revealing outfit during a September 2013 appearance on her show that she decided to wear an exaggerated version of the musician as a Halloween costume the same year. “This year I decided to go as something really scary … half-naked,” DeGeneres joked at the time. “Of course, I’m Nicki Minaj. Nicki was on the show a few weeks ago and her shirt was not … she took our show from PG to double D, that’s what she did!”

The model was unrecognizable as an old woman in 2013, wearing ultra-realistic age spots on her body and raised varicose veins running up her legs. To complete the look, Klum donned a white wig.

In 2015, Klum wore giant prosthetic breasts, a huge butt and fake eyelids to step out as Jessica Rabbit.

If she doesn’t scare you no evil thing will! Beyond Cruella de Vil’s famous split-color wig and black and white duds, the rapper committed to the role in 2013 by bringing a real-life Dalmatian out with her.

Sixteen months after welcoming daughter Honor, Alba got into character in 2009 as Dora the Explorer, and husband Cash Warren dressed as Dora’s cousin Diego.

Hough apologized after receiving backlash for wearing blackface as part of her 2013 costume: Orange Is the New Black’s Crazy Eyes (played by Uzo Aduba).  “I am a huge fan of the show Orange Is the New Black, actress Uzo Aduba, and the character she has created,” she said in her apology at the time. “It certainly was never my intention to be disrespectful or demeaning to anyone in any way. I realize my costume hurt and offended people and I truly apologize.”

The couple and their then-18-month-old son went as characters from Timberlake’s animated film Trolls in 2016. “When you make your whole family dress up as the characters from the movie you’re in but your wife secretly loves it and your son won’t keep his troll wig on,” the singer joked in an Instagram post. “Shoutout to @jessicabiel #2BranchsandaPoppy #Trolls #didIuseaholidayforselfpromo Happy Halloween, everybody!!!!”

In 2016, Perry went all out to get into character as Hillary Clinton, including a cropped blonde wig, prosthetics to change her face shape and a more demure wardrobe. CAA agent Michael Kives dressed as Bill Clinton for much of the night.

The reality star dressed up as “Dirrty”-era Christina Aguilera in 2016, donning a tiny black-and-yellow bikini top, thigh-high black boots and black-and-yellow pants that showed off a peek of her bum as a tribute. Aguilera complimented the look and invited Jenner to wear the costume two months later at the singer’s birthday party. 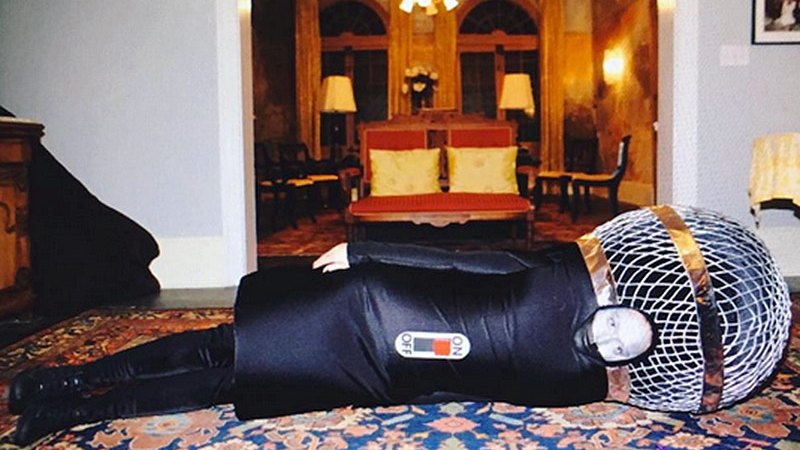 The singer wore a full-body microphone costume and laid on the floor to be a “mic drop” in 2015.

Pregnant with daughter Lula Rose, Tyler went as a “bun in the oven” in 2014.

The actress went incognito in 2013 as a bearded fisherman while trick-or-treating with daughters Vivian and Georgette.

In 2013, the singer channeled Lil’ Kim circa the 1999 MTV Video Music Awards, wearing the rapper’s now infamous purple wig and a skintight sequined purple jumpsuit that completely exposed her right breast. Her nipple was concealed only by a purple, bedazzled pastie.

In contrast to then-girlfriend Katy Perry’s Hillary Clinton costume, Bloom dressed as an exaggerated Donald Trump in 2016, wearing a large bright red wig, a red “Make America Great Again” baseball cap and cartoonish hands and a mask in a clear nod to the president.