La Casa De Papel, otherwise known as Money Heist, has become a worldwide phenomenon since its original release in 2017, thanks to its thrilling story and immeasurably talented cast.

A new batch of episodes have now been made available to watch on Netflix, as fans in the UK and across the globe discover the latest developments of the heist taking place in the Bank of Spain in season 5 part 2.

Despite having five episodes to get through, there will be some viewers who are already wondering whether Money Heist will return for season six.

Of course, we could watch the gang carrying out daring and intricate heists forever, but as everyone knows – all good things must come to an end.

So will there be a sixth season and are there any spin-offs in the pipeline?

Will there be a Money Heist season six?

Unfortunately, there will not be a season six of Money Heist, as it’s come to an end with the launch of season five part two. 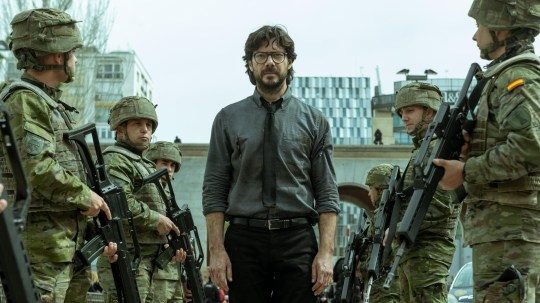 The Professor tries with all his might to pull of the dangerous heist (Picture: Tamara Arranz/Netflix)

Originally, the show was only supposed to be released in two parts, with the initial run of 15 episodes lasting from May 2017 to November 2017 on Spanish network Antena 3.

However, in late 2017 the rights to the show were acquired by Netflix, with the streaming platform eventually renewing the show.

Before the final five episodes were made available to watch, the cast and creators took part in a press conference, where Professor actor Álvaro Morte explained why he believed Money Heist was drawing to a close at the right time.

‘The show is coming to an end when it had to come to an end,’ he said. 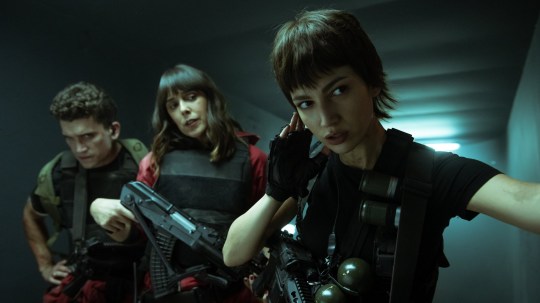 ‘It’s the perfect time. We cannot squeeze the characters anymore, we’ve taken the best from them and I think it’s a really smart decision to stop here.’

The actor added that concluding the show now was a ‘way of giving fans what they truly deserve’.

‘We could have squeezed it a bit more but we would have been running the risk of everything coming to shambles. So leaving at the peak is a present we give to our fans,’ he said.

Will there be a spin-off series of Money Heist?

Despite dying in the second part of the show, Berlin (Pedro Alonso) is set to return for his very own spin-off. 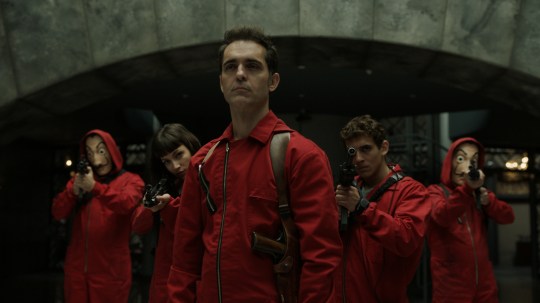 Pedro will be back as the conniving Berlin (Picture: Netflix)

Having seen flashback scenes of the Professor’s brother taking part in exciting heists with his wife Tatiana (Diana Gómez) and son Rafael (Patrick Criado), many fans were hoping that Berlin’s story could be continued in some way.

Now, their wish has been granted, with the spin-off set to premiere in 2023.

A South Korean version of Money Heist is also in the works, which is due to come out next year.

Starring Squid Game star Park Hae-soo as Berlin, the drama will be about a hostage crisis situation in the Korean Peninsula.

Money Heist is available to watch on Netflix.