Tom Cruise is back to his old stunt-filled ways, if the new Mission: Impossible- Dead Reckoning Part One trailer is anything to go by.

Just days before his upcoming Top Gun: Maverick sequel is due to be released in cinemas, a teaser for his iconic action franchise dropped, showing Ethan Hunt returning with a vengeance.

The trailer opens with Agent Eugene Kittridge, played by Henry Czerny, telling him: ‘Your days of fighting for the so-called greater good are over.

‘This is our chance, to control the truth, the concepts of right and wrong, for everyone for centuries to come.

‘You’re fighting to save an ideal that doesn’t exist, never did. 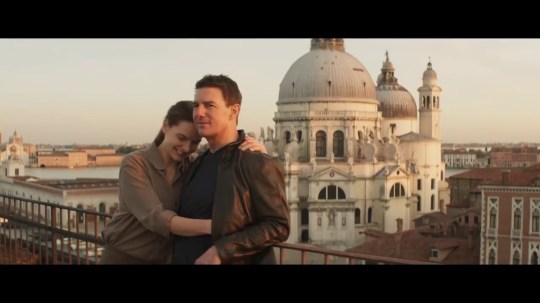 Tom was joined by a star-studded cast (Picture: Paramount)

Of course, it’s never as easy as that where Ethan is concerned, with snippets showing him racing around the globe on horseback and in dramatic car chases.

At the very end, he can be seen riding a motorbike off the edge of the cliff before the camera pans as he plummets below.

While there is no confirmation of whether the field agent survives, we will get our answers when the upcoming Mission: Impossible flick – the seventh in the series – lands in cinemas next year.

Mission: Impossible – Dead Reckoning Part One was due to be released last year (Picture: Paramount) 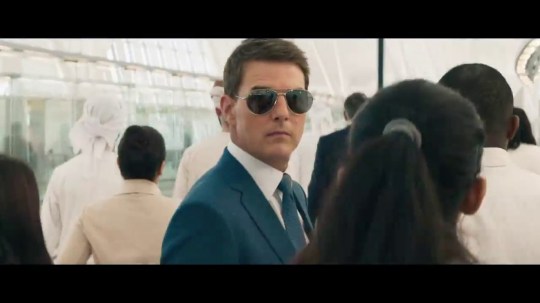 The blockbuster will hit the big screen next July (Picture: Paramount)

It was initially slated to premiere on July 23, 2021, but was halted due to the Covid-19 pandemic, and reshuffled multiple times.

The blockbuster will now hit the big screen on July 14, 2023, two years after the original date.

Part two was subsequently pushed back, and will now be released on June 28, 2024.

Mission: Impossible – Dead Reckoning Part One is set to be released in cinemas on July 14, 2023.