Miriam is a lesbian and has been with her partner since the 1960s (Picture: Getty Images/ABC)

Miriam Margolyes came out as a lesbian in the 1960s, but is has only just experienced the joy of attending her first Pride.

We know and love the 81-year-old Harry Potter star for her witty comments and scandalous stories, but now she’s opening up about her own past and what it was like to come out.

The actress shared her story in ABC’s Australia Unmasked, with the British-Australian star taking a dive into the history of LGBTQ+ rights Down Under.

In a precious moment, Miriam went to Pride for the first time in Hobart, Tasmania, where she was filmed sitting in a wheelchair and holding a bunch of rainbow flags in her lap.

Discussing her mother’s reaction to her coming, Miriam – who has been with her partner Heather Sutherland since 1968 – recalled her being ‘devastated’.

‘I told my mother, and she was utterly devastated,’ she said. 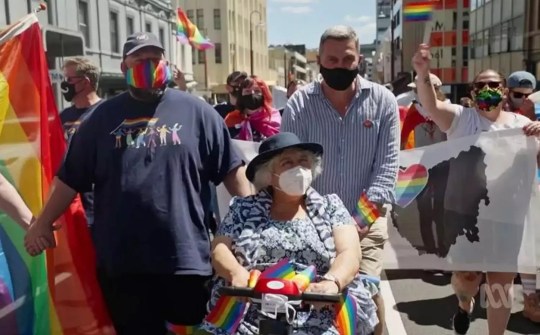 Miriam got to witness Pride in all its glory for the first time (Picture: ABC)

‘My Parents were Jewish. My father was a doctor, so you’d think he would be a bit clued up.

‘But no, not when it was his daughter. It wasn’t possible’.

Elsewhere in the episode, the queen of anecdotes spoke with Tasmanian LGBTQ+ activist Rodney Croome, who explained that the island state only decriminalised homosexuality in 1997, making it the last place in Australia to do so. 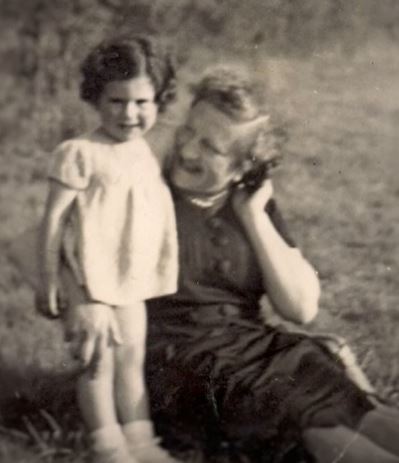 The actress’ mother was ‘utterly devastated’ when she came out (Picture: ITV)

The 58-year-old campaigner shared what it was like to witness ‘large anti-gay rallies’ in Ulverstone at a time when the community were fighting for their rights.

‘Hundreds of people came from all over in the civic centre to protest against LGBTQ+ people in the late 80s.

‘The speakers were inciting the crowds to even higher levels of hatred. The crowds were shouting, “Kill them! Kill them!”.’

However, Rodney said the area has come on leaps and bounds in the years since, thanks to the protections it now offers for queer and trans people. 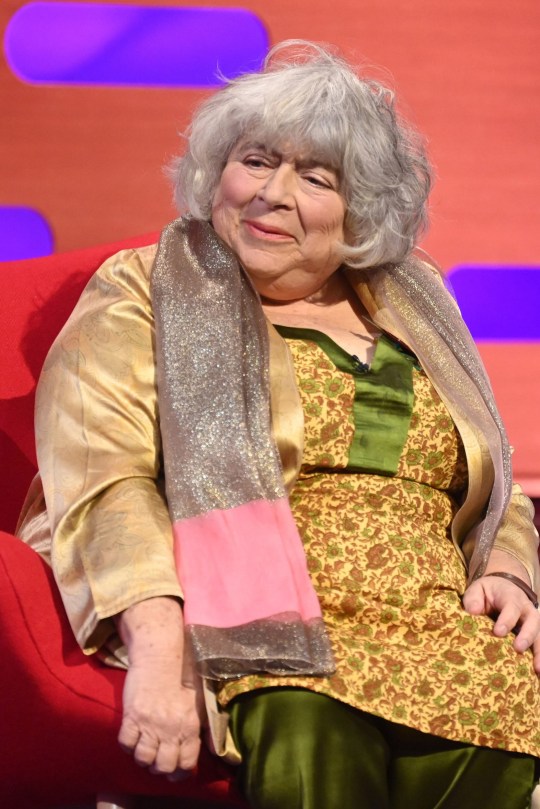 After the episode aired, he tweeted that it was a ‘privilege’ to film with Miriam and celebrate the State’s achievements.

‘It was a privilege to have Miriam Margoyles highlight how Tasmania has gone from worst to best on LGBTIQA+ human rights’, he wrote.

‘The bigoted state that so many of my new friends grew up in has all but vanished’, Miriam added.

‘Tassie now boasts the most progressive LGBTQ+ laws in Australia’.

But, she acknowledged that the ‘struggle isn’t over’, stating proudly: ‘’m proud to march – or roll rather – right along with them.’