Minions are back for more big screen antics (Picture: Illumination/Universal)

It’s been a while since we’ve heard from the Minions, those adorable yellow creatures who sprang to fame as the babbling stars of the Despicable Me franchise.

But after tearing up the box office with their own spin-off movie back in 2015, they’re heading back to the big screen with the follow-up Minions: The Rise Of Gru – with Kevin, Stuart and Bob leading the pack through more antics.

With the movie landing in cinemas just weeks before the school holidays, you can expect it to be one of the biggest films of the summer.

But when is it released and what can you expect from the Minions’ return?

Here’s what you need to know….

What’s the plot of Minions: The Rise Of Gru?

The synopsis for the film reads thus: ‘In the 1970s, young Gru tries to join a group of supervillains called the Vicious 6 after they oust their leader — the legendary fighter Wild Knuckles.

‘When the interview turns disastrous, Gru and his Minions go on the run with the Vicious 6 hot on their tails.

‘Luckily, he finds an unlikely source for guidance — Wild Knuckles himself — and soon discovers that even bad guys need a little help from their friends.’ 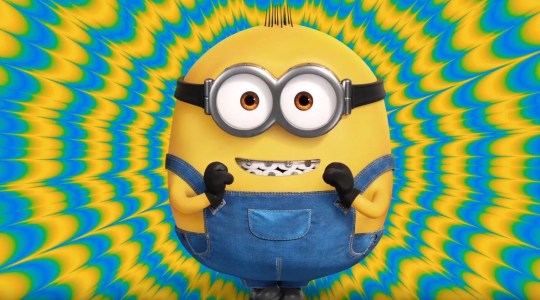 The story also sees Gru stealing a precious stone in a bid to impress the gang and going on the run – dragging the Minions down with him.

Favourites Kevin, Stuart and Bob are joined along the way by adorable new Minion Otto, who fits in perfectly with the gang when he trades said precious stone for a pet rock.

Who is in the cast of Minions: The Rise Of Gru?

Steve Carell once again leads a big name cast as the voice of Gru – while he’s joined by franchise regular Pierre Coffin, who voices all of the Minions.

Newcomers to the series include Taraji P Henson – who voices the newly appointed gang leader Belle Bottom – along with Michelle Yeoh as Master Chow, a kung-fu fighter who helps the Minions on their quest. 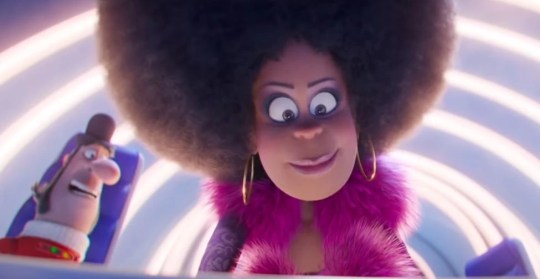 The remainder of the gang is voiced by Jean-Claude Van Damme, Lucy Lawless, Dolph Lundgren, Danny Trejo and Alan Arkin as Wild Knuckles.

And Russell Brand is also along for the ride as absent-minded scientist Dr Nefario, while other cast members include Wu-Tang Clan leader RZA and screen legend Julie Andrews.

Is there a trailer for Minions: The Rise Of Gru?

There certainly is, and you can watch it above.

The trailer sees the Minions honing their kung-fu skills – with mixed success – as well as introducing us to Belle Bottom, as young Gru faces her in a spectacularly awkward interview.

She cackled: ‘You seriously think a puny little child can be a villain?’

‘Come back when you’ve done something evil to impress me.’

When is Minions: The Rise Of Gru released in cinemas?

The film will be released in cinemas across the UK on Friday July 1.

And it will have some high standards to live up to – as the first Minions film grossed well over $1billion (£769m) at box office.