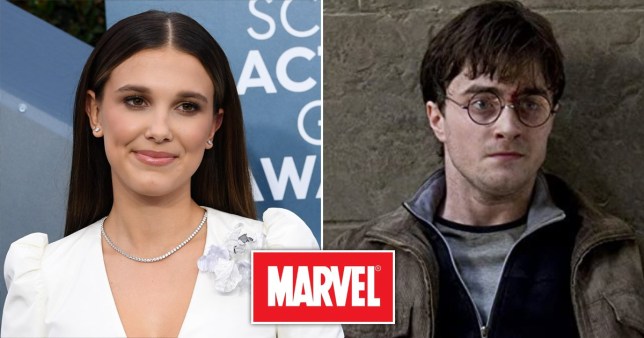 Millie Bobby Brown has admitted that she has never watched a single Marvel or Harry Potter film – and we’re quite shocked to be honest.

The actress may be the star of hit science-fiction horror series Stranger Things, but it seems she isn’t too keen on watching fantasy or superhero films in her spare time.

Speaking during an interview with MTV, Millie, 17, was asked whether she sides with either Marvel or DC.

She replied: ‘Well, I haven’t watched a Marvel film, ever and I’ve never watched a DC film. It’s not [my thing] but I’m open to it. I’ve just never been like, “Oh, I’m gonna put on this film”.

‘I’m more into, like… The Notebook. You know? Let’s put on some romance films.’

She added: ‘I’m not crazy on that, because I think I’m in it, that’s why. I’m doing that stuff already. I wanna see stuff that’s real.’

Later on in the interview, Millie was asked to choose between two classic film series: Harry Potter and Jurassic Park, and she went with the latter.

She said: ‘I’ve never watched Harry Potter. I have so many friends that just look at me and they’re like, “How?” I’m like, “I don’t know.”’

Millie also spoke a bit more about the upcoming fourth season of Stranger Things, which is currently being filmed.

And although it hasn’t been confirmed, the show’s creators, the Duffer brothers, have hinted that a fifth season could be the last. 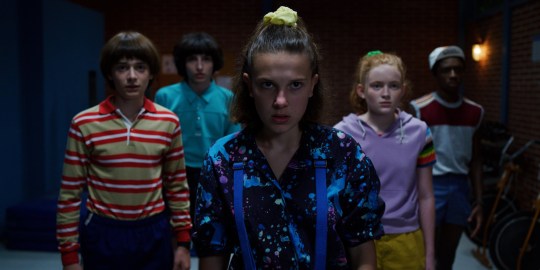 Speaking of the show’s potential ending, Millie said: ‘I get emotional even talking about the end because the end to me, I don’t wanna think about it.

‘This is like my home, it’s like when I go and do a movie it’s like, “Alright! I’m gonna go home to Stranger Things, this is where I belong!”’

It comes after the star spoke out about rumours suggesting her character in the series, Eleven, is being lined up for a spin-off series.

Previous reports suggested Millie had signed on for a spin-off focusing on her Stranger Things character, Eleven (Picture: Netflix/Rex)

Reports claimed Millie signed a new contract with Netflix which included plans for Eleven to star in her own series.

However, the Duffer brothers have confronted her about the rumours, which were seemingly news to them too.

‘It’s so funny that you’re saying this because yesterday the Duffer brothers came up to me and was like, “Why do you keep talking about a spin-off?” and I’m like, “I’m not talking about anything!”’ Millie told Mark Wright on his drive-time Heart FM show.

‘I, I… listen, I would be down for whatever, I love Eleven, I would love to carry on her storyline,’ she added. ‘I think maybe she should stay with Stranger Things and that world but I’m open to a conversation, for sure.’

An Eleven spin-off is something we would love to see either way.