RuPaul’s Drag Race judge Michelle Visage has addressed whether she’ll collaborate with Steps on more music in future after proving a hit with the British pop band.

In February this year, Steps released a remixed version of their track Heartbreak in This City as part of their seventh studio album, featuring the vocals of Michelle.

Before becoming a judge on Drag Race alongside RuPaul, Michelle was part of the 1990s R&B and vocal trio Seduction, whose best-known song was Two to Make It Right.

When Michelle’s collab with Steps was released, followed shortly by a futuristic music video, several fans called for the TV personality to become a permanent member of the band, with one person tweeting: ‘Hope she stays as the sixth member – living for this track!’

However, Michelle has given a definitive answer on whether she and Steps would work together again on future releases… and fans might be disappointed.

During an appearance on Tuesday’s edition of Loose Women, the former Strictly Come Dancing contestant said: ‘Talk about a dream collaboration – this was my dream, and it was a one-off thing, and it was like pinch me!’ 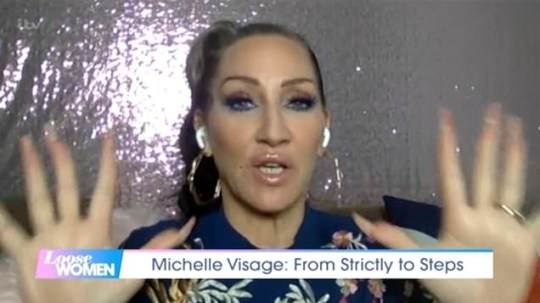 Michelle shared on Loose Women how her collab with Steps came about (Picture: ITV)

Michelle explained that the collab came about after she and Steps member Faye Tozer struck up a friendship, as they had both been paired with professional dancer Giovanni Pernice on Strictly.

‘She basically was giving me advice and we became friends and said, “Hey, how about you do a song with us?” And that’s really what happened. And I said: “Absolutely.” Who would say no?’ she recalled. 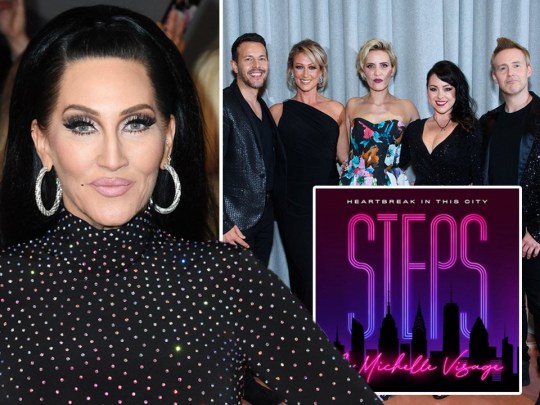 When asked by Loose Women panelist Brenda Edwards for clarification on whether the song was a one-off, Michelle added: ‘This is definitely a one-off – I’m not here to replace anybody, I was here to be a fun collaboration.’

Michelle told the presenters that she’d wanted to be a part of Steps for a long time, having shared a wishful tweet saying so several years ago.

‘And I forgot I had tweeted that and here we are today, manifesting it. Apparently I’m a very powerful witch.’

Michelle recently expressed her interest in starring on EastEnders, telling Metro.co.uk that she sees herself playing Cat Slater’s American cousin.

‘I came in to shake sh*t up. I keep asking them for me to come. Eventually, hopefully, we can do it,’ she said.