The 40-year-old makeup guru shared a photo of three candles with telling messages, including “thanx, next!” “better off” and “clean slate” on Friday, January 22, via Instagram Stories.

While Money didn’t tag Crawley, 39, she wrote, “I’ll give you one guess who I’m sending these to.” She added an Instagram sticker that reads, “Boy, BYE.” 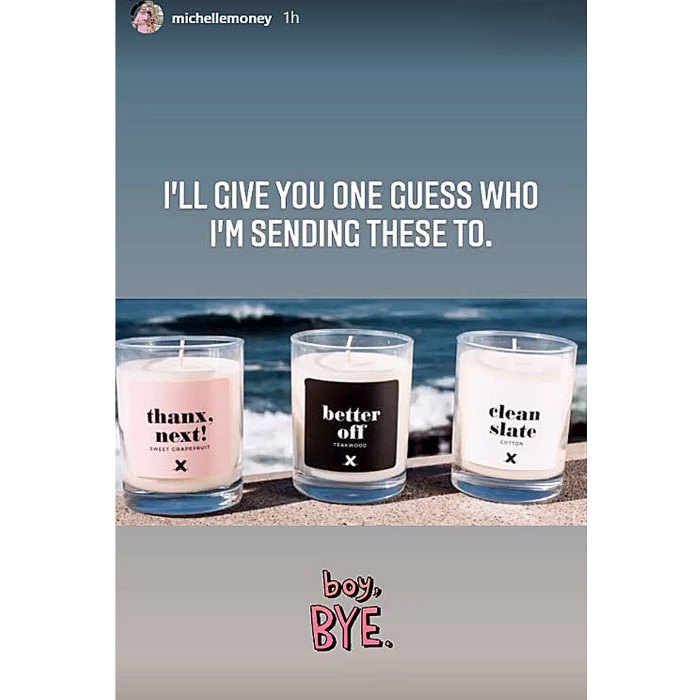 Money and Crawley have been friends since before they appeared on season 1 of Bachelor in Paradise together in 2014. Back in October 2020, the Utah native defended her pal amid criticism as season 16 of The Bachelorette aired.

“It feels to me that they had a plan, and they were executing the plan and I’m not necessarily saying it’s a bad plan. Clare obviously fell in love with Dale really quickly, but the irony is that Tayshia [Adams] had to have come in and quarantined before even filming,” Money said on Us’ “Here for the Right Reasons” podcast. “They had this girl already on standby before they even knew what was going on with Clare and Dale. What was going on behind-the-scenes that Clare had no idea was going on that was completely manipulated and produced?” 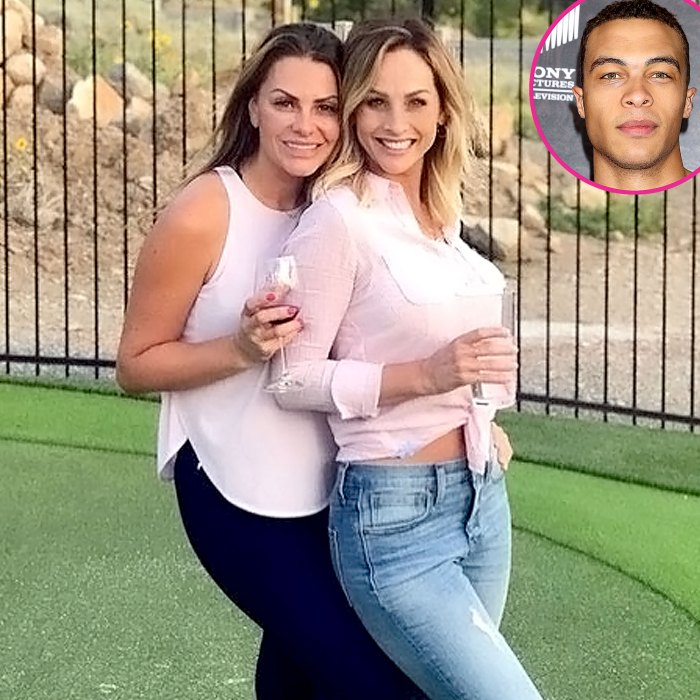 Crawley and Moss, 32, made Bachelor history when they got engaged within the first two weeks of production. Adams, 30, subsequently took over and met the remaining 16 contestants (and four additional suitors).

“You don’t get to see the whole story,” Money told Us after fans slammed Crawley for seemingly not giving the other men a chance. “The way that they’re editing this story line is so out of context, it’s just so frustrating as her friend. … Do you really, honestly think she wasn’t talking about any other guy?”

Crawley and Moss’ proposal aired on ABC in November 2020. Two months later, the athlete confirmed were going their separate ways. While Moss called the split the “healthiest decision” for both of them, the hairstylist admitted that she is “crushed” by the breakup.

“Speaking for myself, my intentions with this relationship have always been very clear. … This was not what I expected or hoped for and am still trying to process this,” Crawley wrote on Thursday, January 21, via Instagram. “Our relationship was not perfect. But I can say that I was genuinely invested with all of my heart. I may not have the answers, but I do know this — I will continue to show up, stand by my word and be committed to love.”

While Moss has been accused of cheating on Crawley, a source close to the aspiring entertainment host has denied the allegations. New York City real estate agent Eleonora Srugo has also shut down reports that she had an inappropriate relationship with Moss.