It’s been 19 years since the last original 2D Metroid game, Metroid Fusion, which launched way back in 2002. Since then the series has jumped into 3D with the Prime games, and revisited the classics in a couple of 2D remakes, but fans have been waiting two decades for plot threads first dangled on a Game Boy Advance to see their resolution.

That’s a long-winded way of saying that Metroid Dread is somewhat anticipated, and the game arrives alongside the updated Switch OLED hardware with a lot to live up to.

Dread does so, and then some.

Once again you play as galactic bounty hunter Samus Aran, now tasked with visiting the unknown planet ZDR to follow up on a sighting of the dangerous X Parasite – natural enemy of the also dangerous Metroids, and thought to have been made extinct by, well, you.

All of this is recapped in the game’s intro, but beyond this cursory explanatory nod the game’s plot is strictly for the fans. Delving into franchise lore, delivering a few long-awaited reveals, and building on the decades-old promise of Fusion (at the time exceptionally story-heavy for a Metroid game) while still offering a few surprises of its own, this is mostly satisfying stuff – though does get delivered in fits and starts courtesy of a few exposition dumps. 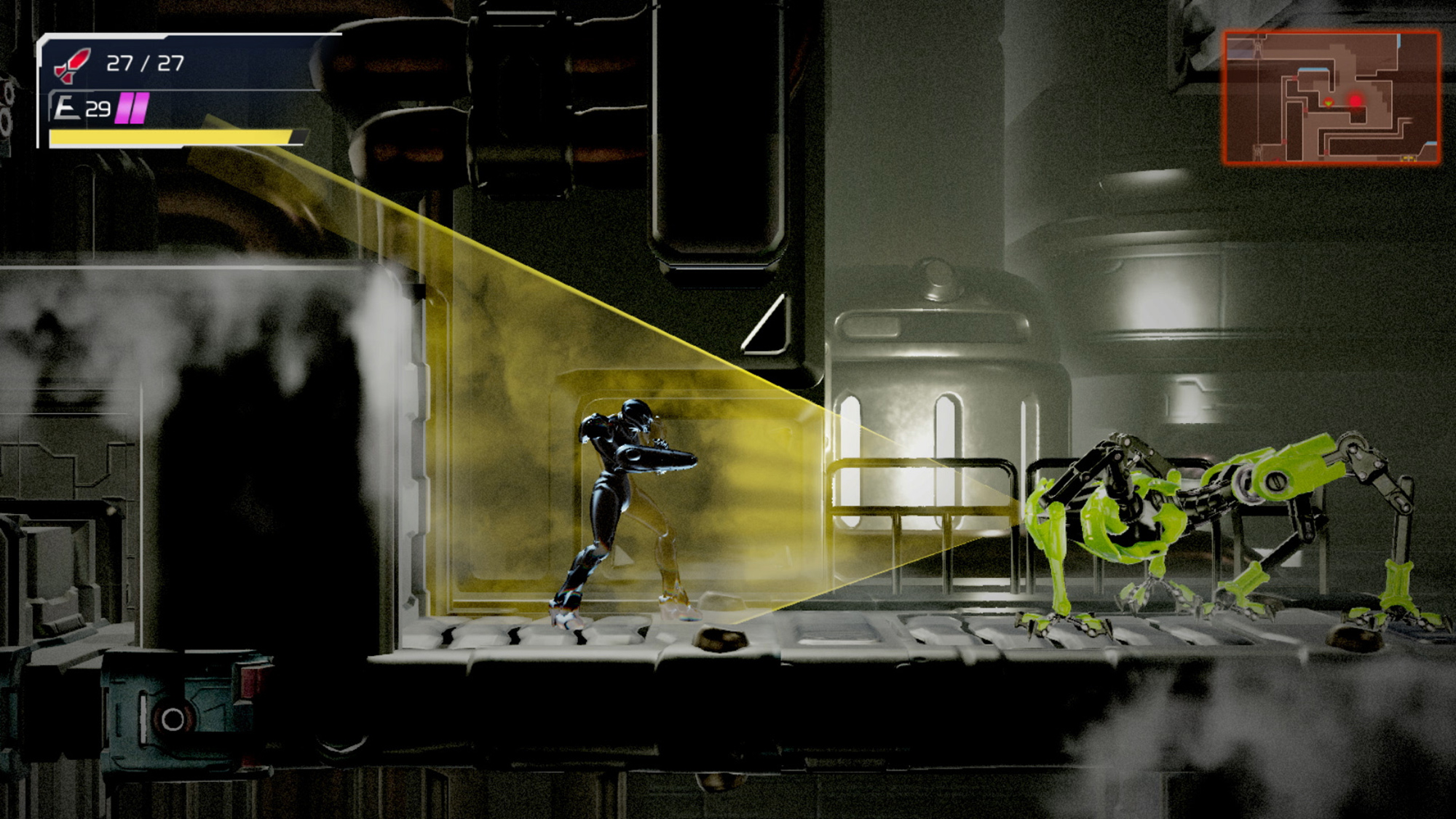 In gameplay, Dread tries to strike the delicate balance of recapturing the Metroid magic while every so often daring to subvert it – never more apparent than in the opening, which sees Samus lose her abilities (a trope now given a dubious name: “physical amnesia”), plummet to the planet’s core, and have to work her way back up to her ship at the surface.

Exploring ZDR from the bottom-up is a small inversion of the status quo that as much as anything feels like a knowing nod to long-time fans who’ll otherwise find the game’s start familiar enough.

While the game is 2D, ZDR and its inhabitants are all rendered in three dimensions. Samus looks the best she ever has – helped by some of the series’ slickest suit designs – but the planet is the real star. Backdrops are lavishly detailed, ranging from gargantuan architecture to crawling critters, swarming aquariums, and alien flora.

Stripped of your skills, you’ll have to navigate the subterranean environment in search of various abilities, power-ups, and doodads and defeating assorted enemies along the way.

Many of the standard Metroid abilities return – the morph ball, ice missiles, and a grappling beam – but developer MercurySteam isn’t afraid to expand the bounty hunter’s portfolio.

For one, the melee counter from Samus Returns – the team’s acclaimed 3DS remake of Metroid II – makes its own return, adding a time-sensitive element that breaks the rhythm of combat and rewards defensive play with quick kills and health pick-ups.

This is expanded on with a dash melee attack, while a new slide move opens up Samus’s movement options in tight spaces even before the morph ball makes an appearance.

This enhanced movement is never more important than in the encounters that give the game its foreboding name. Samus wasn’t the first force sent to ZDR, and ahead of her went seven E.M.M.I. robots: eight-foot-tall cyclopic contraptions made out of “the strongest material in the universe” that are, you’ll be shocked to hear, now trying to hunt down Samus for reasons unknown.

As the game’s friendly AI Adam puts it, while up against an E.M.M.I. your only objective is survival. These indestructible killing machines will pursue you relentlessly across the confines of their specific ‘E.M.M.I. Zone’, though no further. Make it to an exit and you’re safe, at least until your route next takes you back in. 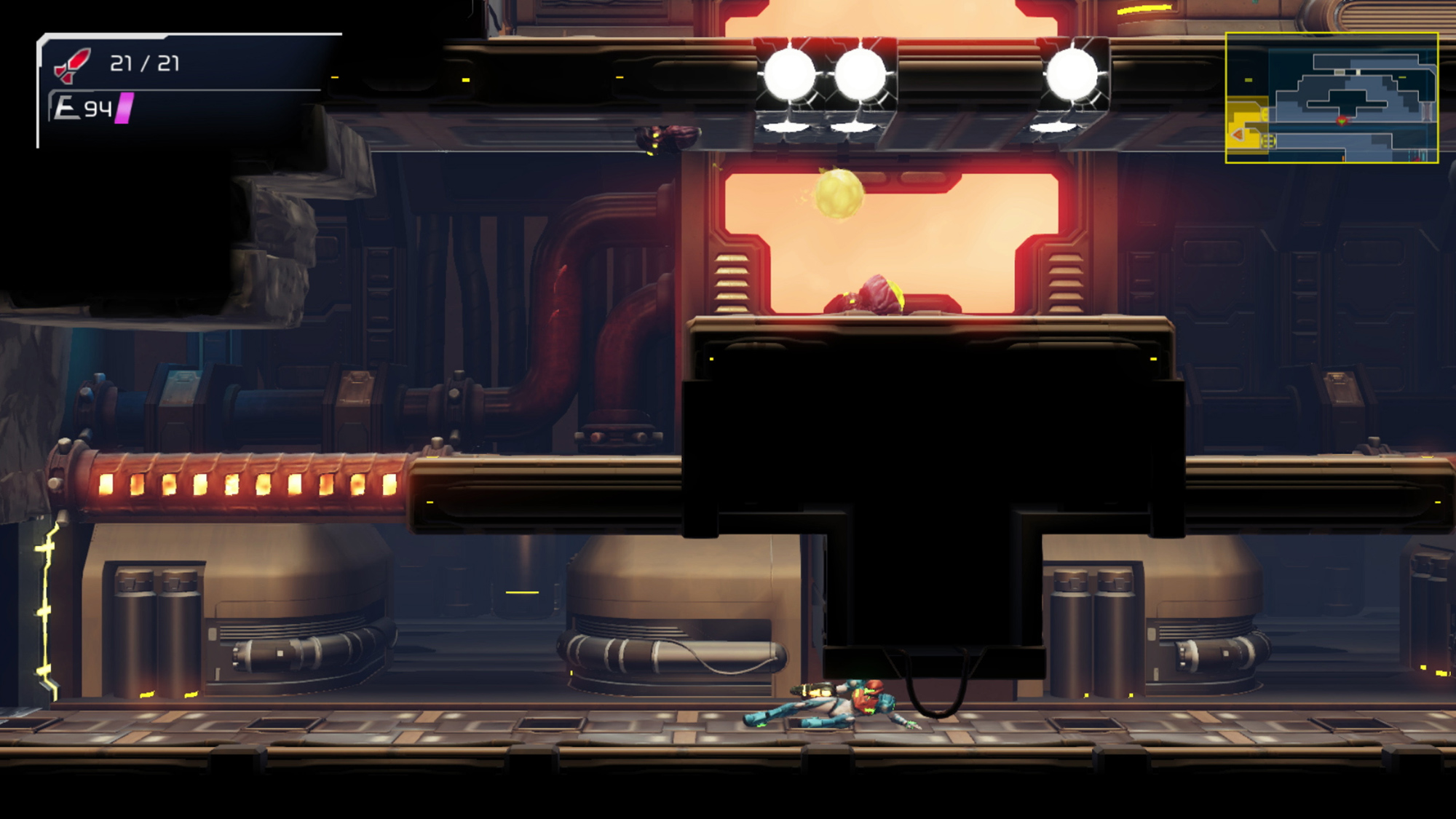 These sections are an ingenious response to the inevitable power creep of a Metroid game, veering into a space between stealth and horror. A cloaking ability and a few new moves give you the means to hide and sneak through, but get spotted and you’ll resort to a breakneck dash to the nearest door, and will need every trick at your disposal to make it in one piece.

The fact that the E.M.M.I. can – barring a very brief counter window – kill you instantly will no doubt prove divisive. Deaths are inevitable, though the fact that each encounter is typically brief – usually only a few rooms at a time – holds back the frustration. In fact it almost turns into a puzzle, as you try to figure out just the right combination of slides, jumps, and morph ball moves to dart to the door.

It’s intense, but fortunately the E.M.M.I. are limited to their zones, which sit in clearly demarcated areas on the map, so you’ll always know one is coming up, the titular dread building as you get closer. Outside of those areas you’re free to explore at your own pace, and once each E.M.M.I. is dealt with for good the same goes for their zone.

The map itself is a masterpiece, strange as that might sound. Each of ZDR’s zones are connected by various modes of transport, forming a complex spiderweb of transit routes. That makes it easy to get lost, intentionally aided by the lack of any clear objective markers or goals. 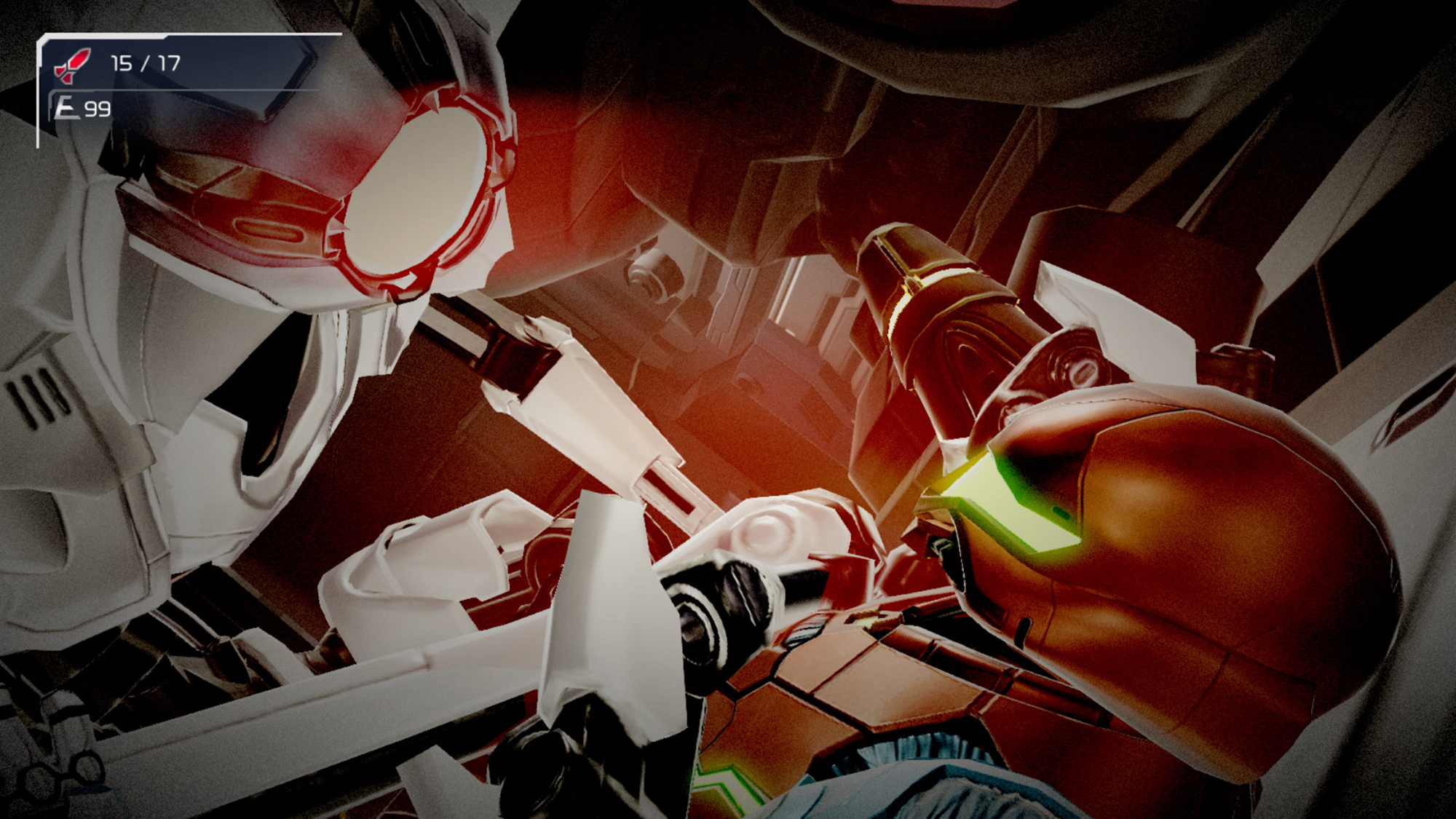 Instead you’re encouraged to use the map to figure out where to go next. Doors and blocks are marked by the abilities required to use them, and any given type can be highlighted across the map with a single button-press. You start thinking not about where you need to go, but which routes your newfound powers have opened up for you.

Metroid traditionalists may resent the cartographical hand-holding, and may especially balk at the slow flashing now used to mark rooms that contain undiscovered secrets. Rest assured though: this is a small concession to accessibility, and you’ll still spend much of the game lost, while some entirely unmapped areas ensure that the 100-percenters will have plenty left to explore before heading to the final boss.

Speaking of. I’ve mentioned that the game’s E.M.M.I. segments can feel punishing at times, but Dread’s bosses take this to another level. For my money that’s no bad thing, and the difficulty level will likely feel familiar to anyone who played Samus Returns.

Dread has a handful of screen-filling bosses and another ten or so smaller encounters, and you should expect to die in most of them. They’re unforgiving, but equally never unfair, and as ever the art is in learning attack patterns and perfecting timing. With checkpoints placed immediately before the fights, it’s clear a little experimentation is expected, but it does mean that the easily frustrated may want to give this a miss – especially with no difficulty options or assist modes available.

Perhaps the challenge level has been set in recognition that Dread’s core audience is most likely Metroid devotees. While the series found broader appeal in the FPS-style Prime series, the 2D Metroids have always felt a little more niche – hence it taking Nintendo 19 years to make another one – and this is a game for the faithful.

A decades-in-the-making celebration of 2D Metroid that’s unafraid to take risks by stretching into horror, Metroid Dread lives up to both halves of its name and serves as a satisfying cap to a story started in 1986.