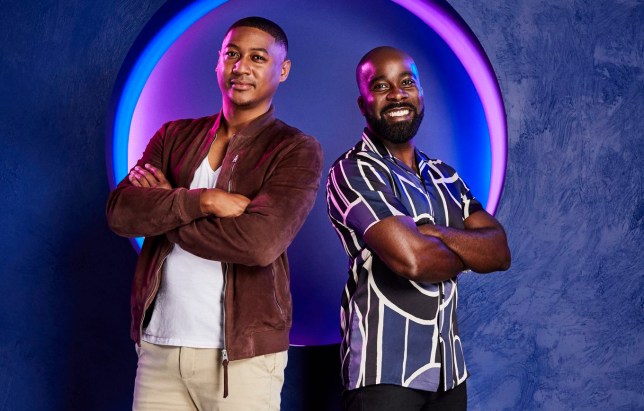 Rickie and Melvin will pretend to be will.i.am on the show (Picture: Channel 4)

will.i.am is the latest celebrity set to be catfished on the celebrity version of The Circle, where he’ll be played by DJs Melvin Odoom and Rickie Haywood-Williams.

The Channel 4 programme sees a group of contestants live in the same building but only interact via messages online. Some take part as themselves, but others attempt to ‘catfish’ others by adopting personas.

Meanwhile, the players attempt to figure out who is really being themselves and who is lying about their identity. They’ll all take part virtually, vying to become the most popular player without coming face to face.

Melvin and Rickie will take part in the upcoming celebrity version of The Circle for Stand Up To Cancer, attempting to convince others they’re the Black Eyes Peas rapper and The Voice judge.

‘Me and Rickie are mad competitive,’ Melvin said as the pair were announced.

Will the boys be able to convince others they’re will.i.am? Not long to wait until we find out. 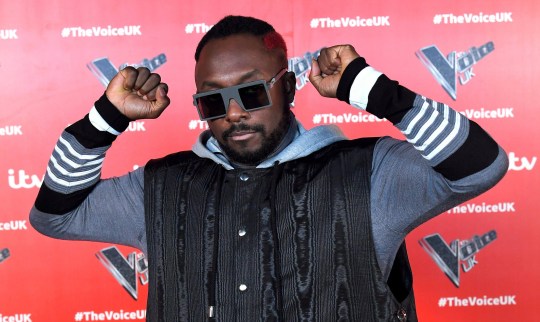 The boys will try to convince contestants they are the Voice judge (Picture: Anthony Harvey/REX)

Made In Chelsea’s Sam Thompson and The Only Way Is Essex star Pete Wicks are also taking part, attempting to convince others they’re really Rachel Riley.

While The Circle usually lasts three weeks, the celebrity edition only took place for a week.

The show sees contestants attempt to win popularity through virtual interactions. The first series was won by comedian Alex Hobern, who pretended to be a 25-year-old woman called Kate.

In addition to The Celebrity Circle, Channel 4 recently released a teaser for the upcoming latest season of The Circle, although a launch date has not yet been confirmed.

The Celebrity Circle will air next month on Channel 4.