Something they couldn’t get past. Melinda Gates spoke out for the first time about the ramifications of her ex-husband Bill Gates’ affair during their marriage.

“I certainly believe in forgiveness, so I thought we had worked through some of that,” the philanthropist, 57, said in a sneak peek of her Thursday, March 3, interview on CBS Mornings. “It wasn’t one moment or one specific thing that happened. There just came a point in time where there was enough there that I realized it just wasn’t healthy and I couldn’t trust what we had.”

Shortly after Melinda announced her split from Bill, 66, in May 2021, The Wall Street Journal reported that the Microsoft cofounder had a years-long affair with one of the company’s engineers that began in 2000. A rep subsequently confirmed in a statement that “there was an affair almost 20 years ago which ended amicably.”

In the CBS Mornings preview, the Moment of Lift author reflected on the emotions surrounding her divorce.

“I think it’s really important to say, look, I had a lot of tears for many days,” she revealed. “I mean, [I had] days where I’m literally laying on the floor and the carpet, you know, this close to me, thinking, ‘How can this be? How can I get up? How am I gonna move forward?’ And days I certainly was angry. That’s part of the grieving process. You’re grieving a loss of something you thought you had and thought you had for your lifetime. I mean, this is painful stuff.”

However, nearly one year later, Melinda recognizes the growth she has achieved amid the ordeal.

“At the end of the day, though, I started on this journey of healing, and I feel like I’m starting to get to the other side. And I do feel like I’m turning a page in the chapter now,” she noted. “I mean, it’s 2022, and I’m actually really excited about what’s to come and life ahead for me.”

Bill and Melinda tied the knot in January 1994 and went on to welcome daughter Jennifer, 25, son Rory, 22, and daughter Phoebe, 19. The businesswoman confirmed the split in a statement shared via Twitter in May 2021.

“After a great deal of thought and a lot of work on our relationship, we have made the decision to end our marriage,” she wrote. “Over the last 27 years, we have raised three incredible children and built a foundation that works all over the world to enable all people to lead healthy, productive lives. We continue to share a belief in that mission and will continue our work together at the foundation, but we no longer believe we can grow together as a couple in this next phase of our lives.” 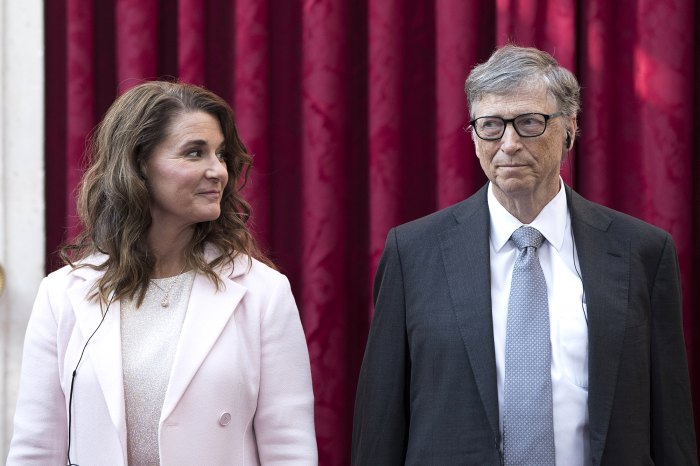 The Washington native opened up about the split days after his marriage officially ended.

“[It’s] definitely a very sad milestone … and Melinda’s a great person and that partnership that we had coming to an end is a source of great personal sadness,” Bill said during a CNN interview. “We are communicating and working at the foundation and so that partnership we’re going to try and continue.”