Meghan Markle and Prince Harry stepped down from their royal duties in March 2020, but before they did, the Suits alum had a heartbreaking final message.

Meghan, 39, spent one of her final days as a senior member of the British royal family carrying out last-minute duties, including a solo meeting with scholars from all over England, Glamour reported on Friday, March 5. After she was finished, she found herself along with royal correspondent Omid Scobie, to whom she delivered her last words before stepping down.

“It didn’t have to be this way,” she said at the time.

The longtime royal reporter recalled the California native’s disposition during the emotional moment, telling the magazine Meghan was “broken” and “so upset and vulnerable.”

He noted, “She was standing in the middle of the palace, and she knew she would never be there again as a working member of the royal family. In that moment you realize it wasn’t just a difficult couple that failed to make it work. It was an entire institution that failed to nurture and protect a newcomer into the fold.” 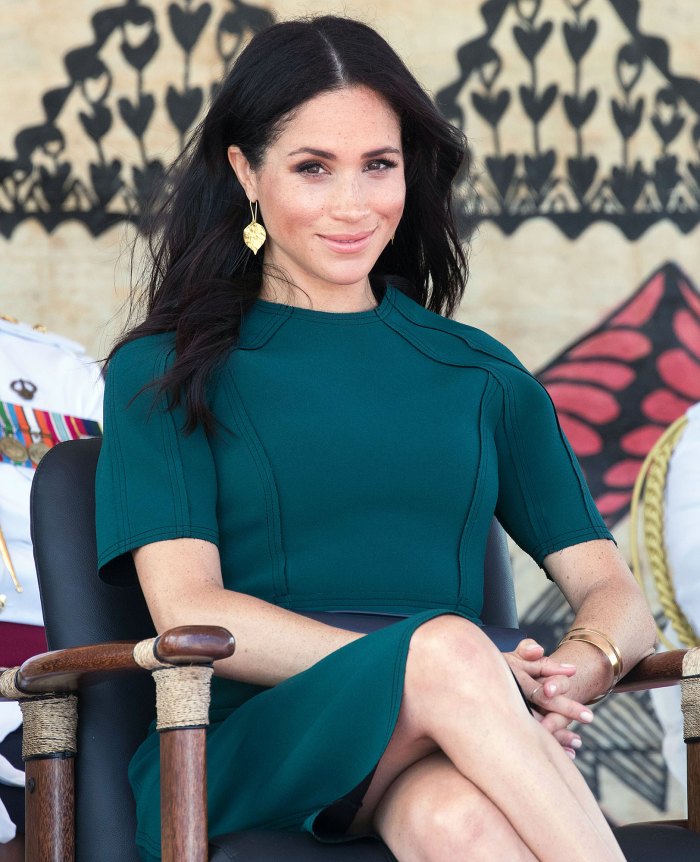 Meghan Markle attends an official welcome ceremony and the unveiling of a new statue commemorating Sergeant Talaiasi Labalaba at Nadi Airport in Fiji on October 25, 2018. Shutterstock

Scobie said in his interview with Glamour on Friday that Harry, 36, and Meghan never wanted to distance themselves from the royals. “I hope people realize this is a couple that tried everything they could to make it work before they stepped away,” he explained. “Rather than following the narrative that they just quit because they couldn’t have it their way.”

The Finding Freedom coauthor noted that Meghan isn’t the first woman to marry into the royal family and face such challenges.

“It’s a problem we see over and over again: Women marrying into the royal family, and they leave battered and bruised,” he said. “I think that, really, the treatment of women within the royal family, or newcomers, is where the true problems lie.”

Scobie’s revelations come days before the Duke and Duchess of Sussex’s CBS interview is set to air. During the chat, the couple will disclose details about their relationship and marriage as well as their lives before and after the stepping down as senior royals.

Previews for the interview reveal that nothing was designated as off-limits, suggesting viewers will get information like never before about the royal family. In one clip, Meghan, who was recently accused of and denied bullying royal aides before stepping down in 2020, claimed members of the monarchy played a part in spreading falsehoods about her and Harry.

“I don’t know how they could expect that after all of this time we would still just be silent if there is an active role that The Firm is playing in perpetuating falsehoods about us,” she said in a clip released Wednesday, March 3. “And if that comes with risk of losing things, there is a lot that has been lost already.”

In an earlier trailer for the special, Harry alluded to his late mother, Princess Diana, admitting that he was concerned about “history repeating itself” with his wife and son Archie, 21 months.