The Canadian stylist shared a pic of a beautiful bouquet of pink roses on Sunday, March 14, along with several other birthday tributes from close pals to celebrate the occasion. “LUCKIEST FRIEND XXXX, THX MM,” Mulroney wrote via her Instagram Story. 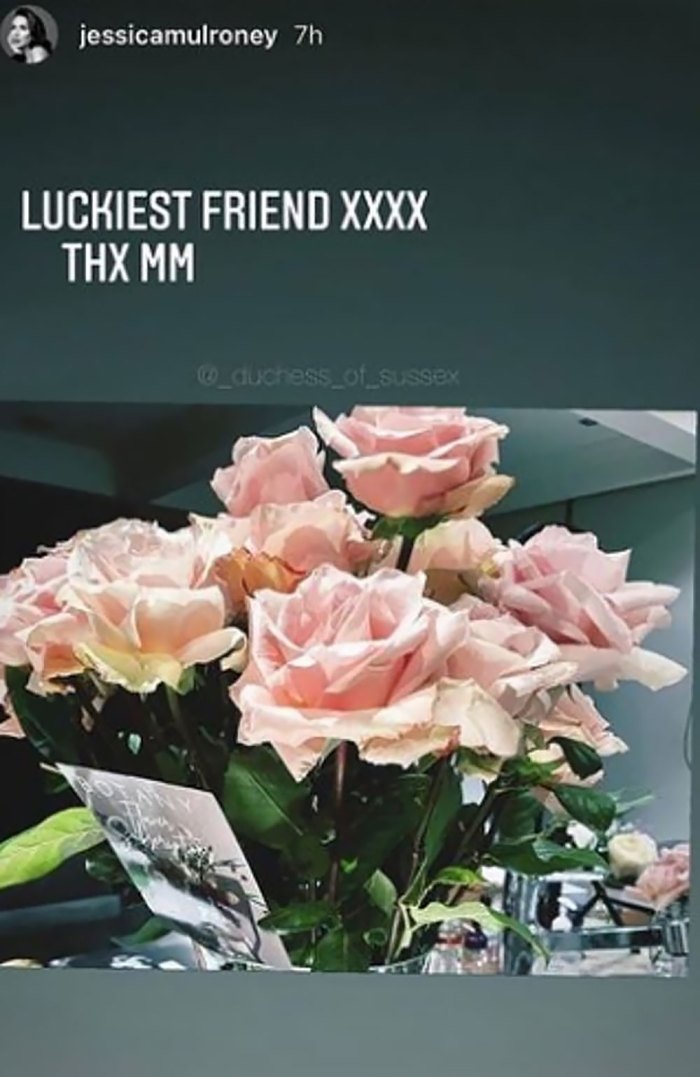 Markle, 39, sparked a fast friendship with the former Good Morning America correspondent while working together on Suits. Mulroney even had a hand in choosing the wedding dress that the Los Angeles native’s character, Rachel Zane, wore in her final episode of the legal drama in season 7.

Through the years, the pair became inseparable. Mulroney attended the Tig founder’s May 2018 wedding to Prince Harry at St George’s Chapel in Windsor, England. Her twin sons, whom she shares with husband Ben Mulroney, were given the coveted role of page boys during the royal ceremony.

Two years later, however, the duo’s strong bond wavered when Jessica found herself in hot water with influencer Sasha Exeter over her allegedly “very problematic behavior and antics.” The I Do, Redo host issued a public apology to Exeter and referred to her friendship with Markle as a sign of her support for the Black community.

“As I told you privately, I have lived a very public and personal experience with my closest friend where race was front and centre,” she wrote via Instagram in response to Exeter’s claims. “It was deeply educational. I learned a lot from that. I promise to continue to learn and listen on how I can use my privilege to elevate and support Black voices.” 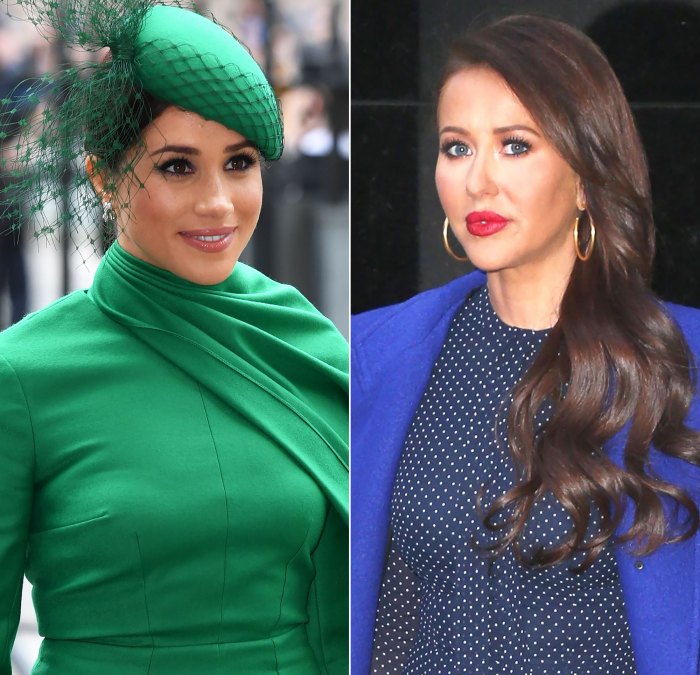 Amid the scandal, a source told Us Weekly exclusively that using their relationship as a defense was “was hugely offensive to Meghan.” A second source noted that while the Duchess of Sussex was still “supportive of Jessica,” she was “being very cautious” as she prepared to “distance herself” from the bridal fashion consultant.

The drama caused Jessica to lose a few high-profile business opportunities, including her recurring slot on Good Morning America, but her friendship with Markle has been on the upswing. In September 2020, an insider revealed that the former BFFs were “still in communication” and “friendly” with one another, even though they weren’t “as close as before.”

As she watched her friend’s rise to royalty, Jessica hasn’t shied away from defending the Archewell founder against critics. Earlier this month, Jessica sent a strong message in support of Markle amid allegations that the former actress had bullied her staffers ahead of her January 2020 royal exit.

“I don’t know that anyone has ever had to deal with the pressure, the politics and the press like this woman,” Jessica wrote via Instagram on March 5. “In the face of it all, I have never seen her waver from kindness, empathy and love.”