Out and about in Beverly Hills! Meghan Markle and Prince Harry dressed casually for a Sunday, December 20, walk.

The Suits alum, 39, kept her look cozy in a fur-hooded coat, a black sweater, matching jeans and brown boots, in photos obtained by Page Six. The former actress and her husband, 36, wore matching black face masks, while the Los Angeles native also rocked black sunglasses and a beanie. 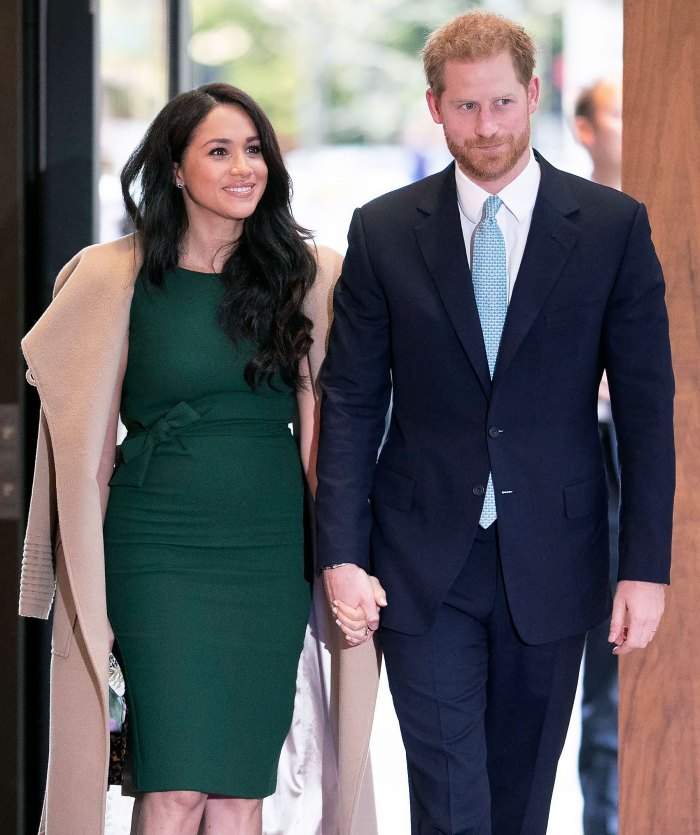 As for the former military pilot, Harry wore a gray long-sleeve shirt, jeans and sneakers as well as a baseball cap.

The couple moved to the United States with their now-19-month-old son, Archie, in March, two months after announcing their decision to step back from their senior duties as British royal family members. (They lived in Canada from January to February before making the move to California.)

“Meghan’s taking time off to update some of the rooms to suit their style, including their and Archie’s bedrooms, the main living area, the kitchen and the gym,” a source exclusively told Us Weekly in August of the pair’s renovations to their Montecito home. “The outdoor play area will be decked out with swings and slides, a climbing frame and a tea area for Archie and his new little pals. Meghan’s counting the days until Archie can start interacting with children his own age.”

Harry also wants a custom bar and “a tasteful drinking area by the pool” since the home has its own wine cellar, the insider added.

Last month, Markle revealed in an op-ed for The New York Times that she previously suffered a miscarriage in July. “Losing a child means carrying an almost unbearable grief, experienced by many but talked about by a few,” the Northwestern University grad wrote in the emotional essay in November. “We have learned that when people ask how any of us are doing, and when they really listen to the answer, with an open heart and mind, the load of grief often becomes lighter — for all of us. In being invited to share our pain, together we take the first steps toward healing.”

A source exclusively told Us at the time that she and Harry were “trying” to conceive again. Another insider added that they had grown “stronger” as a couple following the tragedy.