MEGHAN Markle announced that she was pregnant with Archie early as she was “showing” and didn’t want to “distract from her royal tour”, insiders have revealed.

The Duchess of Sussex had been less than three months pregnant but had been keen to shift the focus from herself during the tour, historian Robert Lacey reveals.

Meghan Markle and Prince Harry announced their pregnancy with Archie early as they didn’t want to distract from their royal tourCredit: Getty – Contributor

He explains in a new extract from his book Battle of the Brothers: William, Harry and the inside story of the royal family in Tumult, published in the Times, Lacey reveals that the news came as a sudden surprise.

Reporters were informed of the news during what they had presumed to be a briefing for the couple’s 16 day tour of Australia, Friji, Tonga and New Zealand.

However, their press secretary at the time Jason Kanuf announced to the Royal Rota that the Duke and Duchess of Sussex were expecting a baby and they could expect an official announcement in 15 minutes.

At the time Meghan had been less than 12 weeks pregnant, the standard time expecting mothers would wait before announcing they’re carrying. 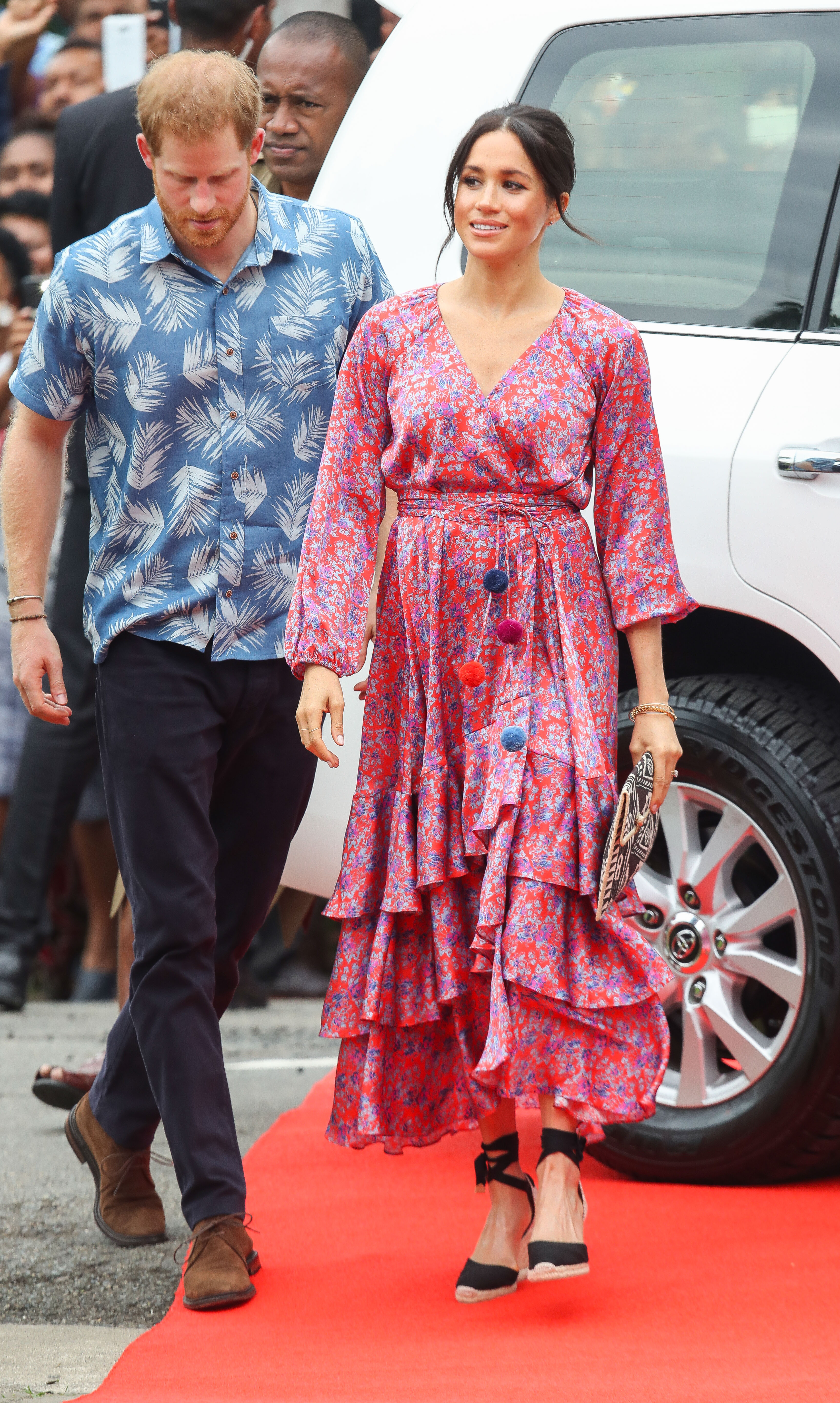 Meghan was “already showing” according to royal aides, and her pregnancy would have been “impossible to hide”Credit: Getty – Contributor

“But she was already ‘showing’ and hiding it would not have been possible,” an aide told Robert Lacey the Times.

“The rumours would have dominated the coverage and taken away from the entire purpose of the tour.”

The Sussexes touched down in Australia on October 15 2018, shortly before news of Meghan’s pregnancy hit the headlines across the globe.

Prince Harry had later claimed that they had deliberately chosen to announce their pregnancy on tour.

Prince Harry told ITV: “We couldn’t think of a better location to announce the upcoming baby…be it a boy or a girl.”

This is of course a far cry from her second pregnancy with daughter Lilibet, with the couple keeping the news secret until she was eight months pregnant.

In other royal news, we told you how Prince William “threw Prince Harry out” after Meghan Markle “bullying” allegations.

And the hidden meaning behind the Queen’s brooches.