Unlucky in love. Meghan King opened up about choosing the wrong partners following her split from Cuffe Owens.

When the Real Housewives of Orange County alum, 37, was asked during an interview with Page Six on Friday, January 28, about giving dating advice to her former costar Vicki Gunvalson — whose ex-fiancé Steve Lodge recently proposed to Janis Carlson — King joked that she had none to offer.

“I mean, look, Vicki and I are both not doing great in the love department, so who am I to speak?” she said. “It sucks. Like, nobody wants to be screwed over, especially publicly, but, like, literally, she’s attracted to narcissists — and by the way, you’re looking at a narcissist attracter as well.”

The former reality star’s comments come shortly after she and President Joe Biden‘s nephew, 43, called it quits after two months of marriage. “I am rattled. This situation is profoundly devastating,” King wrote via her Instagram Story in December 2021.

She continued at the time: “This is obviously not what I imagined when I made my vows — and I’m shocked and saddened by the way things turned out. I am moving forward with my children as we privately process our pain and begin to let go of shattered dreams.”

The couple tied the knot at Owens’ parents’ Pennsylvania estate in October 2021 after just three weeks of dating. Before King addressed her split eagle-eyed fans noticed that she removed his last name from her Instagram after previously changing it to Meghan King Owens.

The pair “didn’t really get the chance to know each other” before tying the knot, a source exclusively told Us Weekly after the breakup made headlines. “She was hoping for this fairy-tale life with him, but it was far from it,” the insider continued, adding that deciding where to live was one of the biggest issues in their relationship. “She wasn’t ready to move her whole life back to California after she spent some time getting settled into Missouri.”

Earlier this month, the “Intimate Knowledge” podcast cohost gave fans a look at how she was coping in the wake of her separation during a solo ski trip to Park City, Utah. “I love skiing and I wanted to go. But I have my kids so often and none of my friends could meet me here. So what did I do? I took advantage of my kid-free days and booked a trip to Park City,” she wrote via Instagram on January 20. “Today I skied by myself all day.”

Though a friend eventually joined her on the slopes, King celebrated her newfound independence. “Small steps count, because each foot in front of the other allows us to travel miles we never knew could,” she wrote. “So here’s to me. Here’s to FREAKING ME. I’m doing it! IM DOING IT!”

The University of Mississippi grad was previously married to former baseball player Jim Edmonds, with whom she shares daughter Aspen, 5, and twin sons Hayes and Hart, 3. The couple called it quits in October 2019 after five years of marriage and Us broke the news in May 2021 that their divorce was finalized.

During a recent YouTube video, King took a look back on her time on seasons 10 and 11 of RHOC. Reflecting on her “embarrassing” marriage to the former athlete, 52, she “thank[ed] god” that her name was no longer Meghan Edmonds.

“It’s unbelievable the bad behavior that we all put up with because of what we ultimately want to feel,” King said in the Thursday, January 27, clip, adding that she was previously “in denial” about the problems in her relationship. 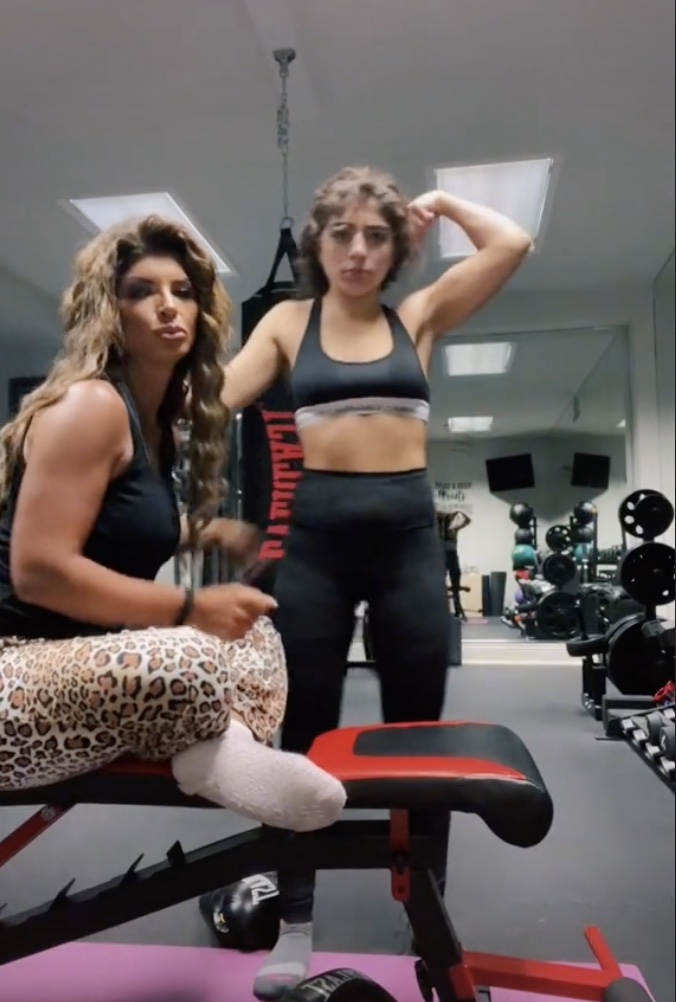