The actress, 34, took legal action to end their 10-year marriage on Wednesday, November 25, three days after her red carpet debut with Machine Gun Kelly at the American Music Awards. 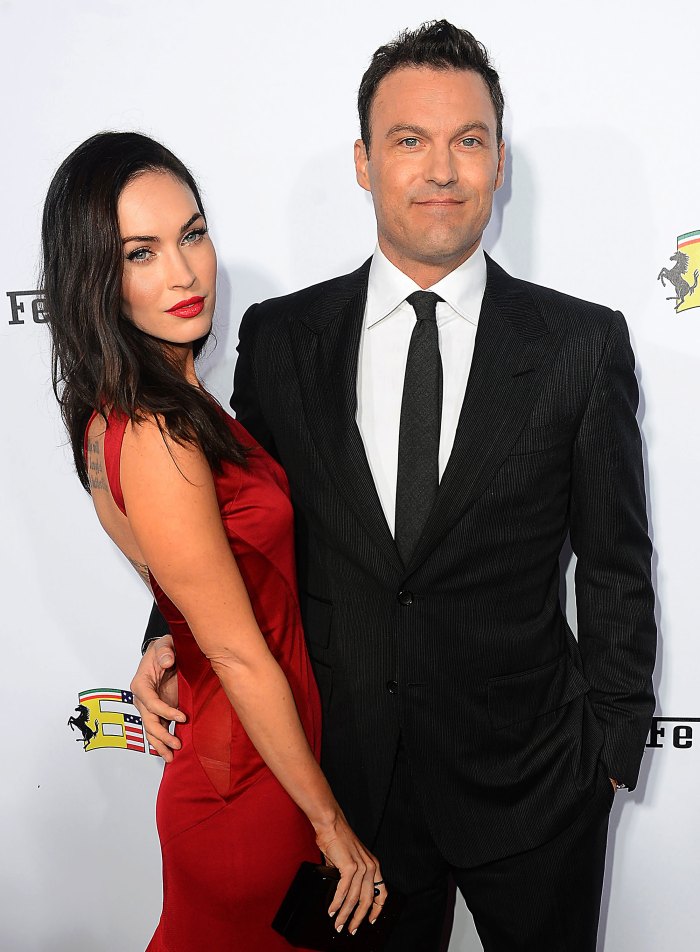 The Jennifer’s Body star and her Midnight in the Switchgrass costar, 40, were first spotted together in May, and Green, 47, announced that same month that he and Fox had called it quits. “It sucks when life changes and something that you’re used to, that you’ve been doing for 15 years, you try and not get rid of but you change,” the Los Angeles native said during a “… With Brian Austin Green” podcast episode at the time. “There’s the unknown aspect … there’s that pit in my stomach … I really don’t want Megan and I to be at odds … she’s been my best friend for 15 years and I don’t want to lose that.”

He and the New Girl alum share three children — Noah, 8, Bodhi, 6, and Journey, 4 — and have clashed since their split over posting the kids on social media.

“I know you love your kids, but I don’t know why you can’t stop using them to posture via Instagram,” Fox commented on her estranged husband’s Halloween post last month. “You’re so intoxicated with feeding the pervasive narrative that I’m an absent mother, and you are the perennial, eternally dedicated dad of the year. You have them half of the time.”

The BH90210 star later removed the social media upload, reposting it without their little one in the background.

Earlier this month, a source exclusively told Us that their breakup has “taken a turn for the worst,” explaining, “Megan can be unpredictable and inconsistent, which is a big reason that they separated in the first place. he can be very hot and cold, hard to keep track of and difficult to deal with.”

The estranged couple tied the knot in June 2010 in Hawaii after dating on and off for six years. Us broke the news in August 2015 that they were splitting. Fox filed for divorce, but reconciled with Green the following year. The Tennessee native filed to dismiss their divorce case in April 2019.