Meat Loaf’s death at the age of 74 has shocked the worlds of music and film (Picture: Dave Hogan/Getty Images)

Legendary singer, actor and stage performer Meat Loaf’s death will leave a huge hole in the entertainment world, a space he filled so magnificently for six decades.

The superstar, whose real name Marvin Lee Aday but who was also known as Michael, died at the age of 74, it was confirmed on Friday.

Described as a ‘wondrously talented, flamboyant, rebellious chameleon’ following his death, Meat Loaf was best known for his bombastic rock operas with their unique, over-elaborate sound, including Bat Out Of Hell, one of the 10 best-selling albums of all time with sales of over 43 million globally, as well as for playing Eddie in The Rocky Horror Picture Show.

The rock icon had an extraordinary career that spanned more than six decades and saw him sell, in total, more than 100 million albums worldwide, as well as starring in over 65 movies.

His top hits include the nearly 10-minute title track for Bat Out Of Hell, Paradise By The Dashboard Light from the same album, and the aforementioned I’d Do Anything For Love (But I Won’t Do That) from 1993 album Bat Out Of Hell II: Back Into Hell.

His single I’d Do Anything For Love (But I Won’t Do That), belted out in karaoke bars across the world since its release in 1993, reached number 1 in 28 countries, and also earned him a Grammy.

Aday was born in Dallas, Texas, in 1947, to a schoolteacher mother and alcoholic police officer father. He studied at Thomas Jefferson High School, before transferring to North Texas State College.

His career started in the 1960s, when he moved to Los Angeles and formed his first band Meat Loaf Soul, reportedly after a nickname given to him by his football coach because of his weight. The band saw him offered three recording contracts, all of which he turned down. 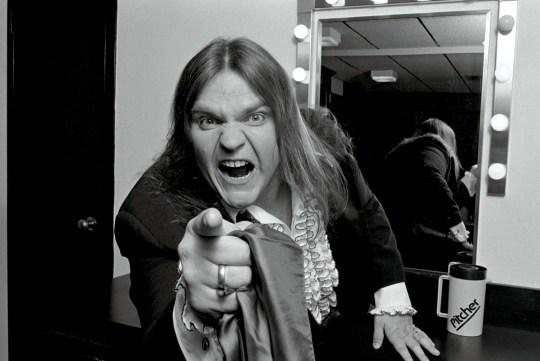 During his first gig, he opened for Van Morrison’s band Them and Question Mark and the Mysterians.

After performing in various stage productions and recording with Motown, he met his future collaborator Jim Steinman, and by the 1970s, he’d already seen huge success.

Steinman and Meat Loaf collaborated on the 1993 album Bat Out Of Hell II: Back Into Hell, which sold more than 5 million units in the US alone.

He followed it up releasing albums including Dead Ringer, Midnight at the Lost and Found, and Bad Attitude before working on follow-ups to Bat Out Of Hell.

However, the singer’s lightning career was marred by multiple health issues. In the eighties, he experienced an alcohol and cocaine-induced breakdown, through which he was supported by his first wife Leslie Edmunds, who he married in 1978.

He was also plagued by asthma, which caused him to collapse on stage in Pittsburgh in 2011, and in 2003 he collapsed on stage at the Wembley Arena and was admitted to hospital. 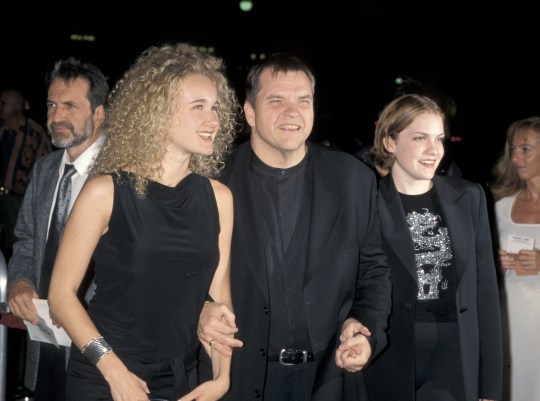 In 2013, he announced he’d work again with Steinman on an album that would include songs he’d written for artists including Loving You’s A Dirty Job, which appeared on Bonnie Tyler’s 1986 album, Secret Dreams and Forbidden Fire.

A statement by Meat Loaf’s family posted to the star’s Facebook page on Friday morning said: ‘Our hearts are broken to announce that the incomparable Meat Loaf passed away tonight with his wife Deborah by his side.’

‘Daughters Pearl and Amanda and close friends have been with him throughout the last 24 hours.

‘His amazing career spanned six decades that saw him sell over 100 million albums worldwide and star in over 65 movies, including Fight Club, Focus, Rocky Horror Picture Show and Wayne’s World.

‘Bat Out Of Hell remains one of the top ten selling albums of all time.’ 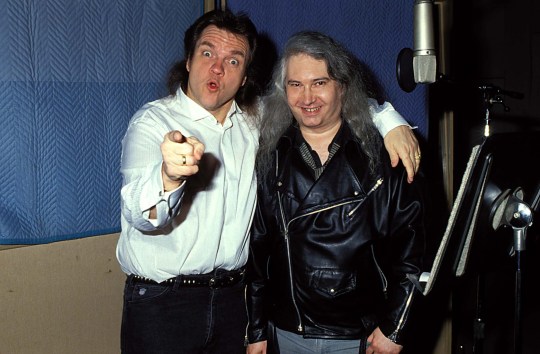 The post added: ‘We know how much he meant to so many of you and we truly appreciate all of the love and support as we move through this time of grief in losing such an inspiring artist and beautiful man.

‘We thank you for your understanding and privacy at this time. From his heart to your souls… don’t ever stop rocking!’

The singer is survived by his wife Deborah Gillespie, and his daughters Pearl and Amanda.