Cheryl Burke opened up about her “pattern of dating abusive men” before she married husband Matthew Lawrence.

The Dancing With the Stars pro, 36, shared a video titled “My Experience With Abusive Relationships” to YouTube on Friday, December 11, and looked back on her troubled past. 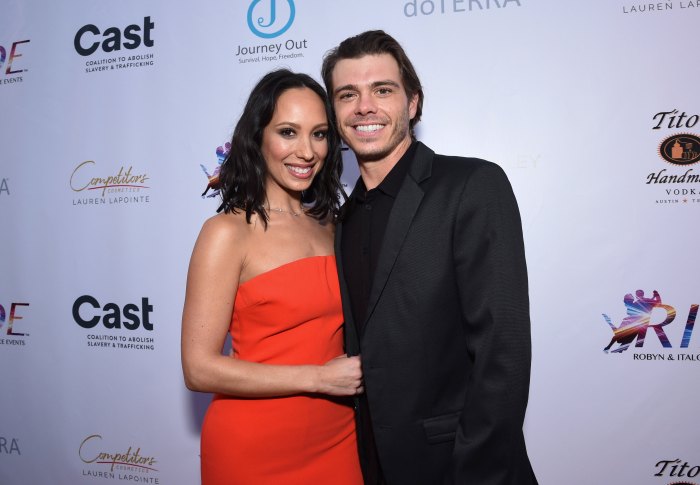 Cheryl Burke and Matthew Lawrence at The Ride Foundation’s Second Annual Gala, Dance for Freedom, in in L.A. on Sept 29, 2018. Stewart Cook/Shutterstock

Burke, who has previously spoken out about being sexually abused as a child, admitted that she lost her virginity to her first boyfriend at the age of 13 and it set her into “a pattern of moving just way too fast” and not associating “sex with intimacy or love.”

“It was something that I did because I felt like I had to, in a way, just to keep a boyfriend,” she said.

“Even after I graduated high school and into my professional dancing career, I was still into those types of bad-boy relationships, and I continued on the pattern of dating abusive men,” the Dancing Lessons author continued. “I also was abusing myself by drinking too much and just really had no respect for myself.”

The two-time mirrorball champ said that she didn’t break the destructive pattern until she began dating Lawrence in 2007. The pair had split the following year but rekindled their relationship in 2017. They wed in May 2019.

“Looking back, I honestly think that the first relationship I ever had that did not fit this abusive pattern was when my now-husband Matt and I dated the first time around back in 2007,” Burke admitted. “I honestly think at the time when we first dated, I didn’t clearly love myself enough to think that I deserved to be with someone who was actually nice to me. And I was just wrapped up in this new get-out-of-jail-free card, L.A.-party lifestyle, whereas he had already kind of been there and done that, since he grew up in this industry.”

She said that she is “so grateful and happy” that the universe brought the Boy Meets World alum “back into my life” at a time when she was ready to settle down.

“He is the complete opposite of everything bad about my past relationships,” she admitted. “I think when I look back on this time in my life, I could sit here and say that I wish these things had never happened to me, but I look at it now as every part of my story has helped me to become the woman I am today.”