Most important meal of the day! Matt James and Rachael Kirkconnell aren’t afraid to show their disagreements — even about the most surprising things.

James, 29, took to his Instagram Stories on Thursday, June 10 to share a glimpse at his recent argument with Kirkconnell, 24. The Bachelor alum captioned the videos, “You mad?!!” and “LMAOOO! Hangryyy.”

In the clip, Kirkconnell tells him, “You didn’t ask if I wanted anything, either,” while he eats fast food.

James then explains to his girlfriend that he did ask her and that he even specified that he checked if she wanted anything from Whole Foods.

“Where are we? Not Whole Foods,” she replied, to which James noted that this was just their “first stop.”

The graphic designer replied, saying, “You’ve eaten today — I haven’t. This should have been our second stop.”

James clarified that he considered the meal his “first” of the day and offered his girlfriend some fries. 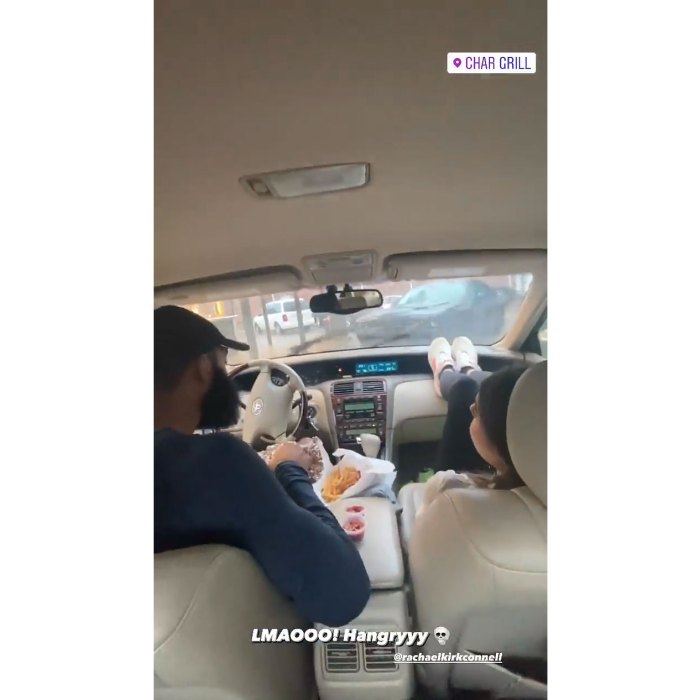 James later added a meme to his Instagram Stories, referring to his girlfriend, of a pouting boy and added the caption, “LMAO! Pitching a FIT.”

Kirkconnell clapped back with her side to the story.

“HE DIDNT EVEN ASK ME IF I WANTED ONE. called in two burgers for himself after I had been waiting ALL DAY for food. Offered me one of his which had MAYO AND TOMATO !!!! I couldn’t,” Kirkconnell wrote to a friend in a conversation that she posted via her Instagram Stories that same day.

She added: “Don’t worry i ate all his fries.”

The couple met during season 25 of The Bachelor, but briefly split following racially charged Instagram photos resurfacing of Kirkconnell. The Georgia native publicly apologized at the time. 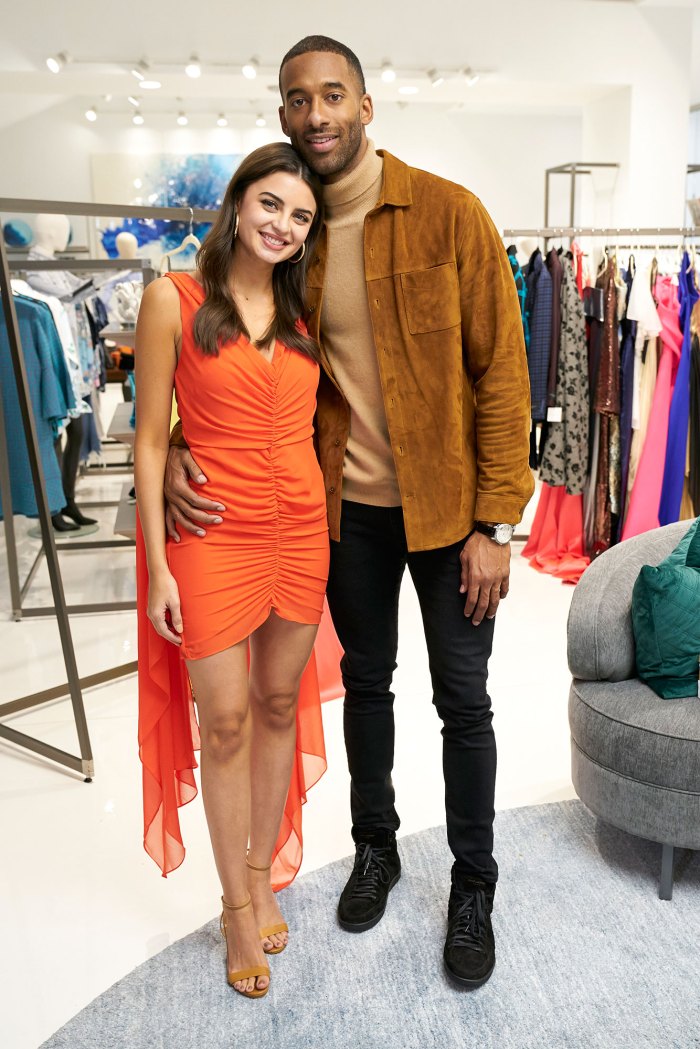 Us Weekly confirmed that the pair had reconnected in April. “Rachael wanted to hear him out, and since then they’ve had a chance to talk about it and work it out,” a source told Us. “Her feelings hadn’t gone away overnight. She’s giving him another chance.”

The twosome have already taken big steps in their relationship, with a source telling Us that Kirkconnell has considered moving to New York, where James is currently living.

“Rachael wouldn’t just be moving to NYC to be with Matt,” the second insider said in May. “She would be moving to be close to her friends.”