Take two? Matt James and Rachael Kirkconnell were spotted hanging out together in New York City just weeks after the pair confirmed their split — but are not back together, Us Weekly confirms.

Kirkconnell, 24, visited New York City to “spend some time with friends,” but the meetup with James, 29, was purely platonic, a source exclusively tells Us. “They’re not officially back together. She reached out to Matt to see if he would be open to meeting with her. They’ve been communicating this whole time and she’s been updating him on how she’s been educating herself.”

During the March 15 season 25 finale, the former NFL player did not propose to the winner, but gave her his final rose and asked her to be his girlfriend. When they returned home from filming, the North Carolina native discovered that racially charged photos from Kirkconnell’s past had resurfaced, leading to a ton of backlash among Bachelor Nation. 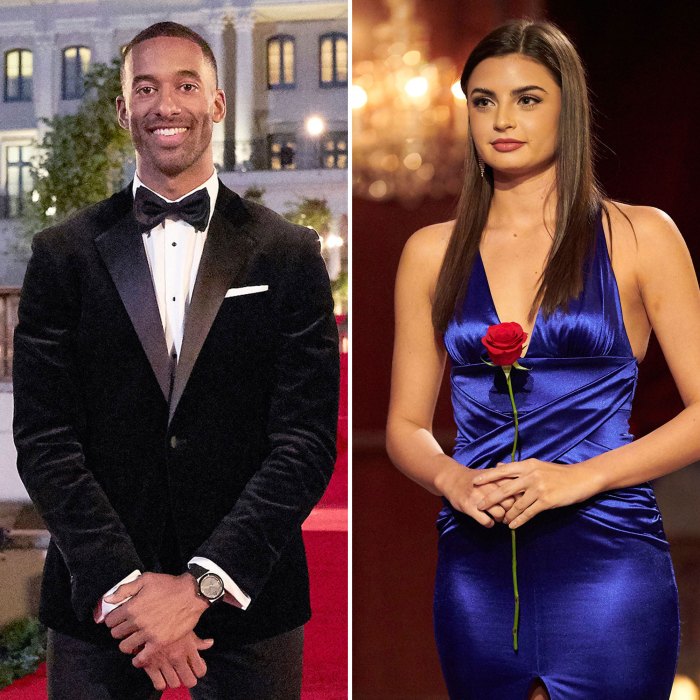 The photos in question showed the Georgia native attending an Old South-themed party in 2018 and wearing an antebellum-inspired dress. She publicly apologized in February via Instagram, writing that she “didn’t recognize how offensive and racist” her actions were.

During After the Final Rose, Kirkconnell claimed that she still loved James, but he said that he had to break up with her so she could work on herself on her own.

“If you don’t understand why something like that is problematic in 2018, there’s a lot of me that you won’t understand,” he told guest host Emmanuel Acho. “It’s as simple as that.”

According to the insider, the graphic designer took her ex’s words to heart, but she hasn’t won him over just yet. “I think she’s taking all the steps necessary for him to eventually take her back, but he’s made it clear that he still needs space and doesn’t want to be in a relationship,” says the source. “He just wants to focus on his projects and his work in the community.” 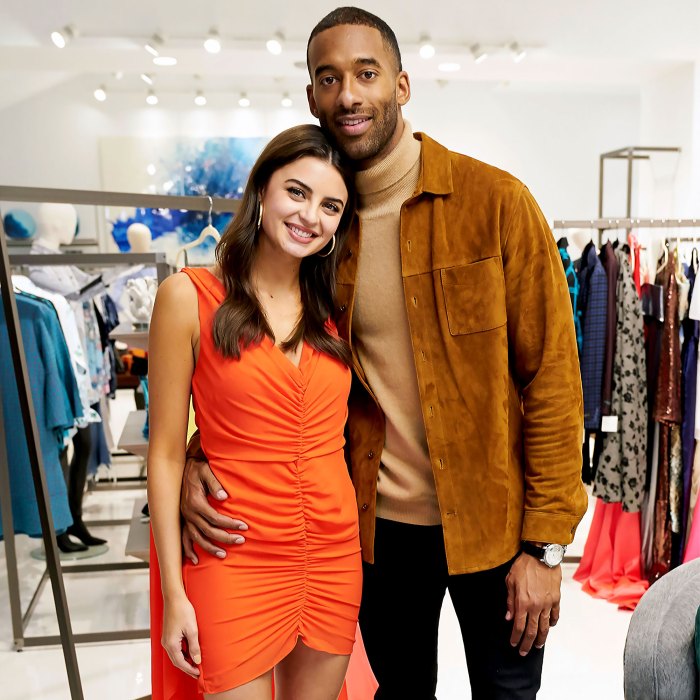 Though James isn’t ready to reconcile, an Us insider said last month that he did take her apology seriously. “He told her over and over again that he believed her side of the story and that he knew she wasn’t racist,” the source said. “He ended things with Rachael because it wasn’t a good look for him to stay with her.”

The photos didn’t just cause trouble between the Bachelor and the winner of his season. Host Chris Harrison temporarily stepped away from the franchise after his original defense of Kirkconnell went viral.

In a February interview, the longtime host, 49, told former Bachelorette Rachel Lindsay that he felt fans should have “compassion” and “understanding” for the season 25 contestant. The “Better Learning” podcast host argued that Kirkconnell should have known better.

Harrison later apologized for his comments via Instagram and in an interview with Good Morning America. “I am an imperfect man, I made a mistake and I own that,” he said. “I believe that mistake doesn’t reflect who I am or what I stand for. I am committed to progress, not just for myself, also for the franchise.”

Katie Thurston’s season of The Bachelorette will premiere on ABC Monday, June 7, with cohosts Kaitlyn Bristowe and Tayshia Adams filling in for Harrison.