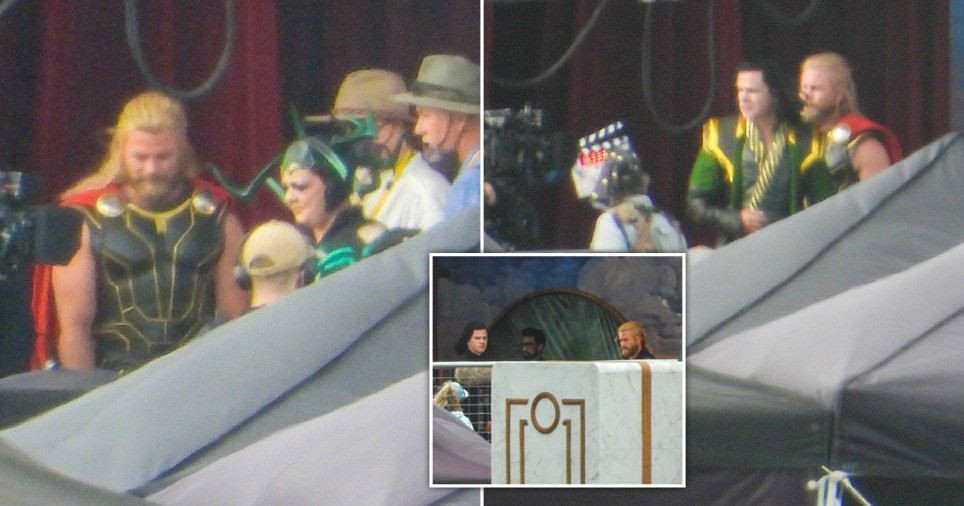 The cast for Thor: Love and Thunder were all suited up (Picture: Splash)

Matt Damon has returned to his role as Fake Loki for Thor: Love and Thunder, with the star being spotted filming alongside Luke Hemsworth.

The Martian actor got a Tom Hiddleston makeover, donning a black wig and Loki’s recognisable costume, as he seemingly re-enacted the iconic play scene from Thor: Ragnarok.

Meanwhile, Luke could be seen in his role as Fake Thor, dressed in his brother Chris’ Thor costume as he joined Matt for the scene, which was being filmed in Sydney.

Sam Neill, meanwhile, is returning as Fake Odin, with the real version of the character being played by Sir Anthony Hopkins.

Matt, Luke, and Sam appeared in the third Thor movie, when the god of thunder (Chris) was stunned to return home to Asgard to find a play being performed about Loki’s (Tom) death and a huge statue of his brother having been erected

Meanwhile, Melissa McCarthy and her husband Ben Falcone were also seen on set, with it being revealed that the actress has joined the cast as Fake Hela, the counterpart to Cate Blanchett’s villain from Thor: Ragnarok. 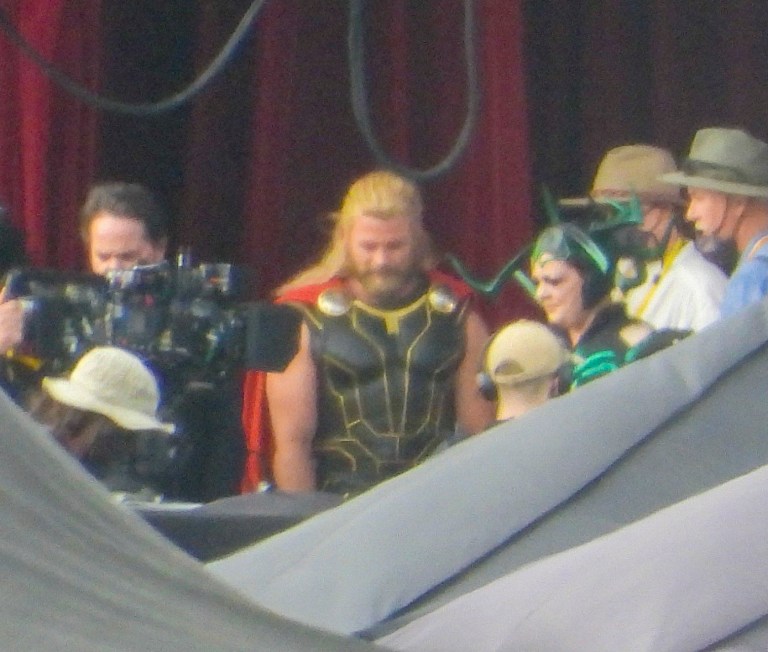 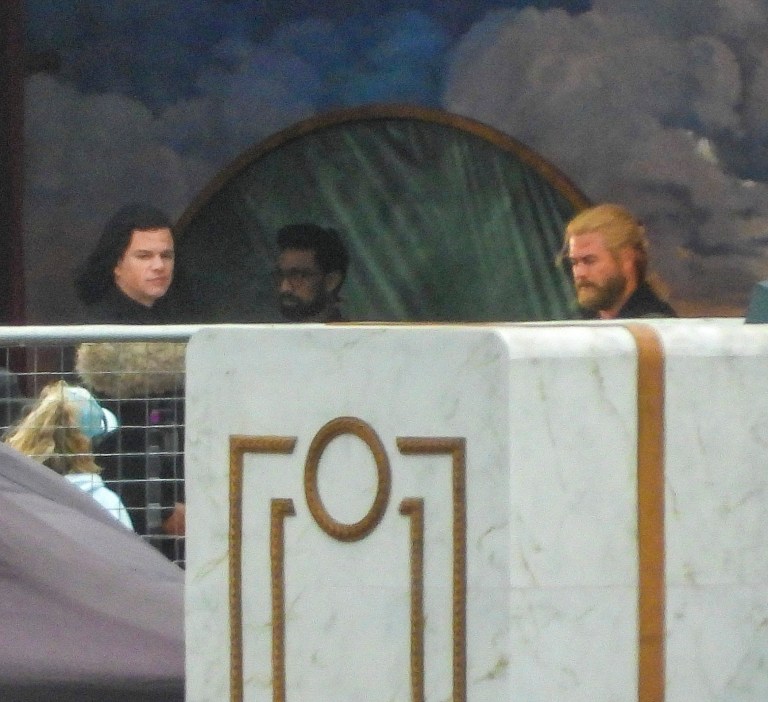 Director Taika Waititi was seen giving out instructions as he returns to the franchise after helming the third Thor movie, and we’re sure this one is going to be just as mad.

Elaborate sets have been constructed for the film, including piles of dirt and rocks to transform the landscape. 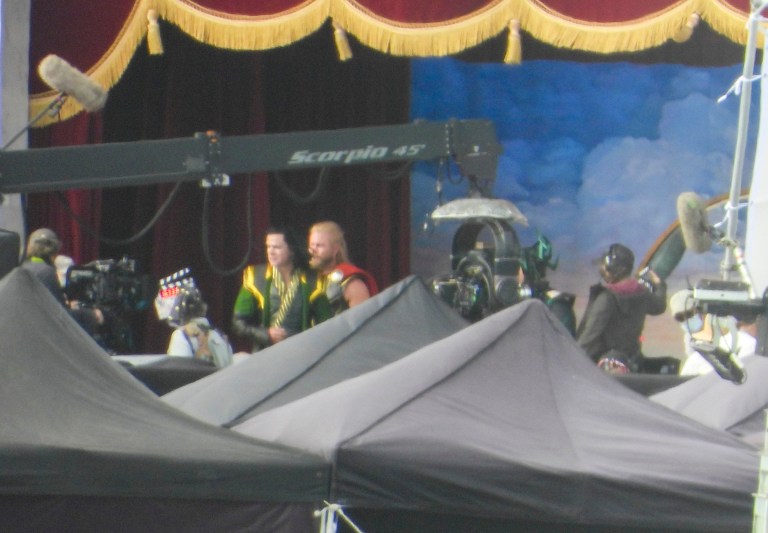 The theatre scene is back (Picture: Media-Mode / SplashNews.com)

The film, which is set for release in 2022, has a completely stellar cast, with previous set shots showing actor Chris chatting away to Star-Lord actor Chris Pratt as the Guardians of the Galaxy look set for an appearance.

Christian Bale is also set to star as Gorr the God Butcher, Natalie Portman will return as Jane Foster, and Tessa Thompson will reprise her role as Valkyrie.

Melissa and Ben must be thrilled to have been cast, after the pair submitted an hilarious audition tape last year, telling director Taika that they were ‘desperate’ to be in the movie.

‘Melissa and I are desperate to be in the film Love and Thunder,’ Ben admitted, with the Bridesmaids star offering to perform monologues, before improvising a song.

We can’t wait to see what they’ve got up their sleeve!

Thor: Love and Thunder is set for release in 2022.